New team, new country, all in the space of a week.

It has been a whirlwind period for 23-year-old Charnze Nicoll-Klokstad leading into his Raiders debut in Friday night's first trial against the Eels.

Just over a week ago, Nicoll-Klokstad was back home in New Zealand wondering what the season had in store for him with the Warriors.

Now he has a chance to be named in the vacant fullback jersey for the Green Machine for round one after impressing with his work on the training paddock.

"It came about pretty quickly, I got a call saying there might be an opportunity here and I got told if it happens it'll happen quickly and it did," Nicoll-Klokstad said.

"But the opportunity was too good to pass up and I was looking forward to the change. The only thing that's hard at the moment is leaving my family, but they'll be over in a little bit.

"I've been wanting to lock down a position for a number of years now, and back home with the likes of Roger (Tuivasa-Sheck) and the twin towers back there in Fus (David Fusitua) and Ken (Maumalo) it was hard to do that.

"There's still competition here like any other squad but I'm looking forward to the challenge."

Nicoll-Klokstad's main rivals for the No.1 jersey look like being Brad Abbey and Michael Oldfield, although Bailey Simonsson also looms as a dark horse.

The 20-year-old former West Belconnen junior has come full circle in his football journey and could also be a candidate for the wing spot left open by Jordan Rapana's injury.

Five years ago Simonsson was playing alongside Nick Cotric in the Raiders' Harold Matthews team. A stint with the Canterbury Bulldogs followed and then it was off to rugby with the New Zealand Sevens side.

"I learned a lot from my time in New Zealand," Simonsson said.

"Some of the boys I got to play with there are the best in the world, so it was really humbling and some of the small things I've learned off them I've tried to implement in my game."

Simonsson is likely to get game time in the trial against the Eels on the wing and at fullback as Ricky Stuart further runs the ruler over the impressive youngster.

"I can't wait to rip in on Friday night, it's been a long pre-season so I know everybody is itching to go," he said.

"I enjoy playing both fullback and wing and that's where I've been training so I'm just going to try and do my best wherever the coach puts me.

"There's an opportunity there with Jacko (Wighton) shifting to the halves, but there's a lot of good outside backs all vying for spots so it's going to come down to who the coaching staff see as the best fit."

Nicoll-Klokstad has been named along with fellow recruits Ryan Sutton in Bailey Simonsson in Canberra's 24-man squad to face Parramatta in a pre-season trial at St Mary’s Stadium on Friday night. 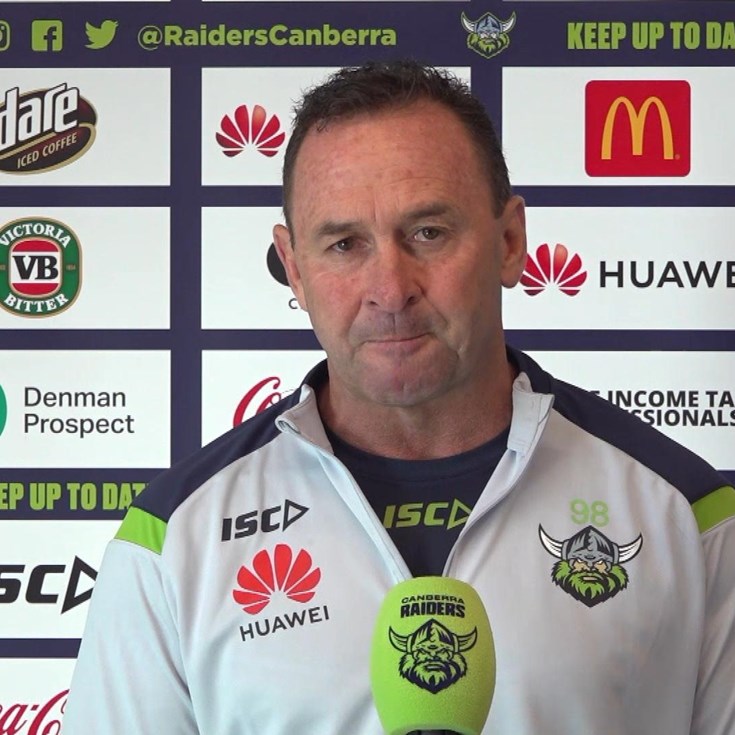