Keary dismissed reports he'll miss the match due to a calf injury.

"I twinged my left calf about a month ago," Keary told NRL.com.

"I've been training fully for a couple of weeks now, so I'll definitely be playing. There's no doubt about that."

"Luke was flying around yesterday [in our opposed session against Toulouse]," Robinson said.

"He's right to go. I don't know where that came from."

Meanwhile Crichton may have to wait until the opening round of the Telstra premiership against his former club South Sydney to make his debut for the Tricolours.

The back-rower will undergo a fitness test on Friday (UK time) in Manchester in a bid to prove his fitness.

"We'll see tomorrow about playing [him]."

Matt Ikuvalu is also expected to be put through a test to prove he's overcome a calf injury and ready to replace premiership-winning winger Blake Ferguson on the right flank.

Roosters in Paris: Why Robbo chose France for WCC warm-up

Keary's availability means Lachlan Lam – son of Wigan coach and former Roosters halfback Adrian – will miss out on selection for the WCC, unless Keary or halfback Cooper Cronk suffer an injury in their final two training sessions.

"He's there in waiting behind Cooper and Luke and won't make the team," Robinson confirmed.

"I know it's a good story for the [Lam] family and Lachie's had an incredible pre-season. He's trained really well, he's developed really well.

"It was really important to bring him to get some development out of him and reward him for the pre-season that he's had."

In a boost for the hosts, former Gold Coast Titans centre Dan Sarginson is set to overcome an ankle injury he suffered in Wigan's Super League win against Leeds last weekend.

"Dan's trained with us today - for the first this week," Lam said.

"[His ankle] is probably at 80 per cent so it looks he's going to be available."

Meanwhile former Penrith Panther Jarrod Sammut won't be part of Wigan's final 17 despite being free to play after serving a two-match suspension.

"He's training as part of the squad but won't be considered this week," Lam said.

The Roosters will take part in an opposed session against Super League team St Helens on Friday before they complete their preparations with a captain's run at Warrington on Saturday night before Sunday's WCC. 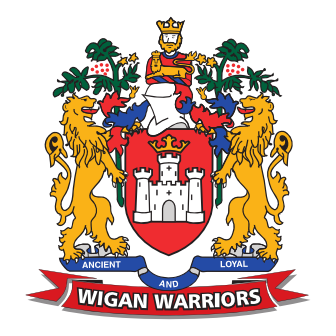 Surgery-free Crichton can be a 'top centre in the game'