A fantastic All Stars rugby league game this weekend has had an unintended consequence. It is time for the Australian people, I believe, to have another conversation about their national anthem.

I know this is a political issue, so before I go into greater detail, let me start by saying the Harvey Norman All Stars concept between Australia's Indigenous team and the New Zealand Maori is excellent.

It is not a clash of cultures but a bringing together of cultures. It celebrates the history of both nations so in that sense the concept is bigger than rugby league.

The game is the piece de resistance so to speak at the end of a big week of indigenous programs, cultural awareness, understanding and acknowledgements.

The community work does fantastic things to inspire Indigenous and Maori youngsters.

So I am on board with comments that Preston Campbell made that this game needs to be taken to New Zealand so the coming together of these two cultures can be celebrated there as well. Because there is so much passion around this game, it can build a really strong rapport between the Australian and New Zealand people.

It can provide a bonding around our national issues.

Latrell: I could feel my ancestors next to me

One of those that surfaced last night was our national anthem.

Let’s remember that it was agreed to by national consent. So while it has become a political issue, Advance Australia Fair came about through a competition and then a plebiscite around what the nation felt should be our national anthem.

The Whitlam government had a poll providing a choice of three songs, with Advance Australia Fair winning and the song being announced in 1974 as the anthem.

Then the Fraser government changed it back to God Save the Queen before in 1976 is was decided a second national poll would be held to find an anthem for ceremonial purposes. Advance Australia Fair won again.

The Hawke government had their say and then in 1984 Advance Australia Fair became the official national anthem.

So that all came about through the nation’s consent. And while the indigenous population has been talking about Advance Australia Fair for a long time, I cannot see why there can’t be debate about it again now.

I can’t see any reason why we can’t ask all of Australia once again what is a true and contemporary song for Australia now. Let's have a referendum.

Times have changed since the last decision was made. We’ve had major decisions around indigenous Australia such as native title recognition and cultural heritage being revived. We’ve had the national Sorry Day so Australians – all Australians – are very aware of our national history, maybe more aware than they were before.

I feel we do need a change to be more contemporary.

New Zealanders sing their national anthem in Maori first, before singing in English. However, there are more than 230 indigenous languages in Australia representing the multitude of nations before colonisation.

But what I’m saying is any new anthem doesn’t have to be sung in an indigenous language. It could be a song all Australians want and not a distinction between just two cultures – the indigenous and non-indigenous.

I am a proud South Sea Islander with Vanuatu and Solomon Islands heritage, but I am also a proud Australian.

Returning to the game, I also feel it is played at absolutely the right time of our season.

The end of the year is becoming too cramped with international games.

The All Stars game is intense but it sets up our year wonderfully. 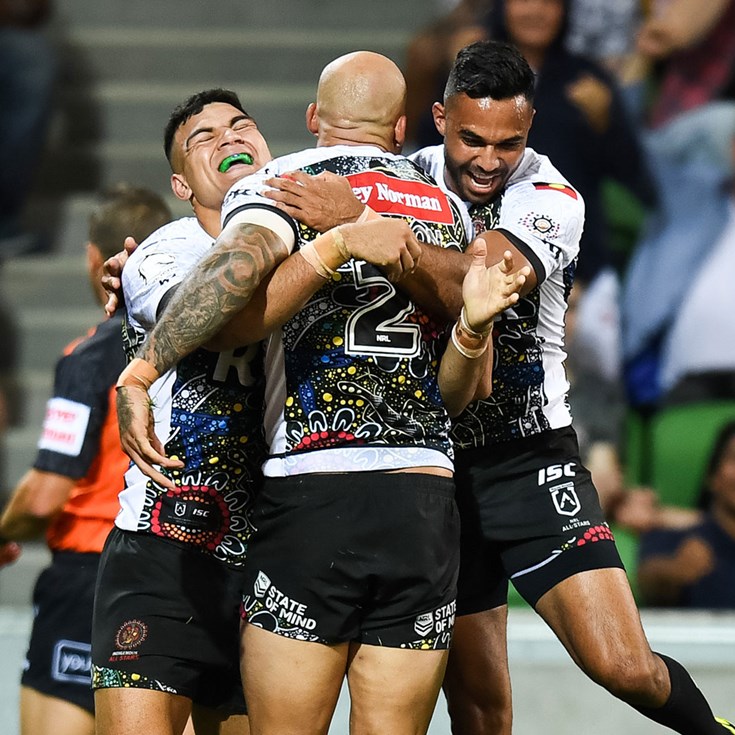