It's the most crucial week of the NRL Fantasy season as coaches lock in their 21-man squads for round one. NRL.com's Lone Scout has the answers to this week's big questions.

Everyone's jumping on Reed Mahoney to make cash, but with Will Smith most likely on the bench it just screams trap to me. Is Mahoney in your squad and why/why not?

Right now he is, but it could change by the time the Eels kick off against Penrith on Sunday.

The bad news as you point out is Will Smith is named on the bench this week, and is likely to cut into Mahoney's game time. The two only played together in these roles once last year, in a big win over the Dragons, with Mahoney playing 63 minutes and Smith 22 (Mahoney scored 30 in that game). Across last season Mahoney averaged 34 points in 58 minutes each game, so if he only gets 60 minutes a week it's hard to see him improving significantly.

Most successful teams use 80-minute hookers these days and Mahoney wants to become one, so the hope is he steps up into that role as the season goes on. But it's no guarantee.

What's your opinion on John Bateman? Considering adding him to the team.

Bateman's a good player at an awkward price. A genuine second-rower/centre who has played more than a dozen Tests for England, Bateman's been named at lock this week. Last year Ricky Stuart played Josh Papalii at lock for around 65 minutes a game. Papalii averaged 54 in those games, but with a break even of 40 and in his first season in the NRL it's hard to say whether Bateman will average more than 45 – let alone 50. He'll probably be a keeper in the centres in Fantasy by year's end but right now there are safer and better value options out there.

Probably Trbojevic and Arrow. Taumalolo and Crichton could potentially slip a little this season (Taumalolo playing in an even stronger Cowboys pack, Crichton in his first season at a new club) while Trbojevic is safe as houses and Arrow could improve on his already good 2018 performances.

What's expected of Arrow this year? Is he over his injury niggles how many minutes will he play with the changes to the Titans pack?

Last year Arrow had an excellent first half of the season, earning an Origin call-up after becoming a 60-minute lock at the Titans. In the first 16 rounds of the season he played more than 50 minutes 12 times, but after suffering back spasms his game time dropped, and he played less than 50 minutes six times in his last seven games.

When playing more than 50 minutes, Arrow's Fantasy average was a whopping 60. At $753k, he has a break even of 50. If his end-of-season form continues he's not worth having, but if he gets back to the game time and workrate he showed for the bulk of 2018 he'd be a steal.

Quality Fantasy scorer when he's on the field, with about a point a minute, but he played 39 minutes a game last year as a Dragons bench player and it's hard to see him playing significantly more than that after being selected on the Warriors bench this week. If he starts playing 50-55 minutes then consider him, but until then I'd look elsewhere.

What Fantasy points did CNK score at warriors

Charnze Nicoll-Klokstad scored 30 points a game over seven matches for the Warriors in 2017, scoring seven tries in those games, with a top score of 45 and bottom score of nine. All of those games came on the wing though, and he should theoretically score better at fullback. He averaged two tackle breaks each game on the wing and could make more with more running opportunities as a fullback, and with a discounted price due to not playing an NRL game last season he'd only need 35 points a week to make a lot of cash.

How to spend your money in NRL Fantasy

Best rookies on offer in WFB?

Five rookie wingers have been named this week, including Rabbitohs bench player Corey Allan. The best are Dragons winger Mikaele Ravalawa, who beat pre-season Fantasy favourite Zac Lomax to a spot in the Red V backline; Maika Sivo, a 105kg Fijian winger who Parramatta are hoping can be the next Semi Radradra; and Reuben Garrick, a centre who's got a spot on the wing at Manly after impressing in the lower grades at the Dragons in recent years. They all have some job security issues – Lomax could unseat Ravalawa, George Jennings could return from injury in place of Sivo and Garrick could be the one to make way when Tom Trbojevic returns from Manly – but at $212k at least two of them are still worth the gamble in round one.

Both are around the same price will probably be guns scoring more than 50 points a game, but Cleary scored a sensational 63 points a week from round 17 to round 25 last year so he gets the nod from me.

Do you think Dylan Edwards will be a value buy as a point of difference for WFB?

There's definitely some value in Edwards, it's just a question of how much. He scored 45 points a game last year before and injury-affected 14 in 17 minutes in round eight, and with a discount he has a break even of 38 this year. You should be able to rely on him for an average in the mid-40s again, which would put him just under the very best WFBs available in Fantasy. He probably won't make as much cash as cheaper options, but he's good value if you want him as one of your three long-term keepers at the back.

In 2019 you can take on Rabbitohs superstar Damien Cook in your NRL Fantasy league, plus Lone Scout, Chris Kennedy and more members of the NRL Fantasy community. League creators can add celebrity teams via the League page. 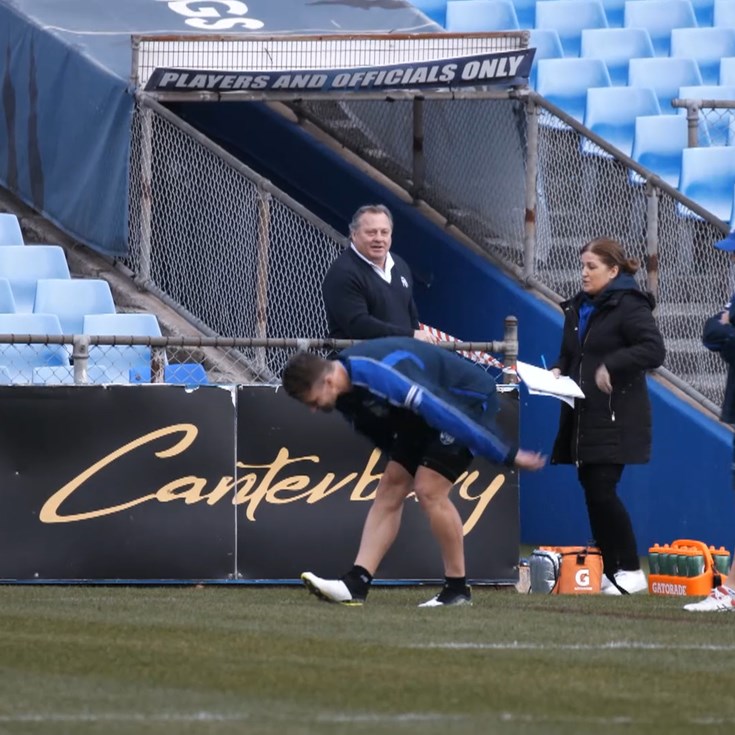 No need to panic over Taumalolo injury