Parramatta rookie Dylan Brown has hinted he could test himself on the open market at season's end, declaring "being a little kid, you always say I want to be a millionaire" following a solid display his first game in the NRL last week.

The calm and composed playmaker is tied up to the Eels until at least the end of 2020 but is free to negotiate with rival clubs from November 1.

Brown was only upgraded to Parramatta's top 30 squad earlier in the month but is on a modest deal given his inexperience and young age, with any type of huge offer set to prove tempting.

"There's been talk all around it but it's week to week really," Brown said.

"When 2019 comes around you'd rather go fishing if other clubs are interested in me but you never know. At the moment I'm comfortable here."

The Warriors already made a play for the 18-year-old over the pre-season with a large and attractive offer that would have seen Brown return home to his native New Zealand.

Brown grew up playing rugby union with a goal of representing the All Blacks via the Auckland Blues, before trying his hand at league and moving to Sydney as a teenager.

"The Warriors thing was the first shock with the media and what it's like when that came out," Brown said.

"One day I woke up and my phone was blowing up. I ended up deleting Facebook, that was the best way to go about it.

"Ever since that because it was such a massive thing everything else has come easy. When I saw that I had a sit down with my manager and had a think about it.

"We just knew that if I was to be a good halfback things could be bigger than that."

Setting up his family is also on the playmaker's mind.

"Anything to do with 'million', being a little kid you always say 'I want to be a millionaire'," he laughed, when asked about the thought of possibly becoming one of the game's richest players.

"With my family coming over they've kept me grounded. Yeah [they're important] but at the same time I know if I keep working hard I'll be here for many more years and those opportunities will come again."

In a positive for the code, Brown said he had no real intention of returning to the 15-man game to try to achieve his boyhood dream of representing the All Blacks.

However he conceded playing for the Eels was not something he saw coming three years ago.

"You could say that actually yes, it's the last thing I thought I would be doing," Brown said.

"As I started getting older at 14 or 15 I started looking at the teams and I was only playing club. The dream starts to fade away and I tried league out for a little bit and got picked up.

"I love being here in Sydney." 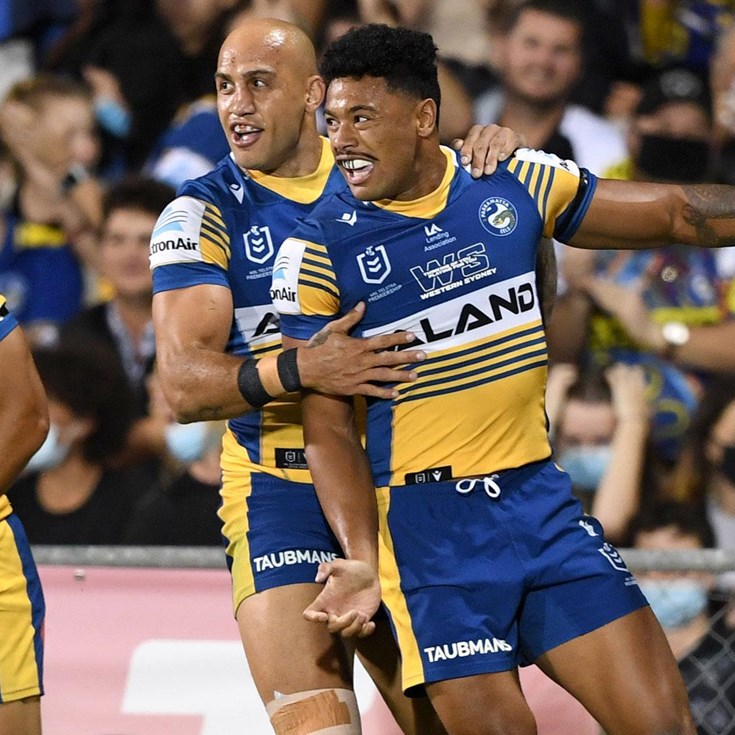