Cowboys coach Paul Green has refused to speculate on how long star forward Jason Taumalolo may be sidelined by the knee injury he suffered in Friday night's loss to the Broncos at Suncorp Stadium.

As Tevita Pangai jnr embarked on a one-man demolition job of the vaunted Cowboys forward pack, Taumalolo suffered a knock to his knee early and was twisted awkwardly in a tackle involving Pangai midway through the first half.

He battled on until being replaced in the 34th minute and played no part in the second half as the Broncos shot out to a 24-0 lead by the 50th minute, ultimately recording a comfortable 29-10 win.

Taumalolo wasn't the only injury concern for Cowboys coach Paul Green but he is by far the most significant.

The loss of Nene Macdonald two minutes before half-time due to a head knock forced a complete reshuffle of North Queensland’s backline in the second half while energetic interchange forward John Asiata underwent a HIA but returned with 12 minutes remaining.

Early reports suggested that Taumalolo had suffered a low-grade medial ligament injury to his right knee that would keep him out for at least a couple of weeks but Green wasn’t prepared to put a timeline on his injury post-game.

"I'm not going to speculate until we find out exactly what we’re dealing with," Green said.

Despite boasting a forward pack laden with representative players, the Cowboys were unable to wrest away the momentum generated by Pangai in the opening minutes and carried forward by interchange prop Tom Flegler.

Prior to leaving the field Taumalolo had been kept to just 44 metres from eight carries, a far cry from the 286 he amassed in round one against the Dragons.

Without their most damaging ball-runner on the field the Cowboys struggled to assert any ascendancy in the middle of the field, forced to make 335 tackles and missing 36.

Former Broncos Josh McGuire seemed intent on inflicting some punishment on his former teammates with a busy opening to the game but Green conceded once they lost the physical ascendancy they struggled to turn it around.

"Early in there physically we just weren't in the contest and we didn't go with them," Green admitted, their next assignment a home game against the Sharks next Saturday.

"They beat us to the punch early. Physically they got on top and we just weren't prepared to go with them.

"At the back-end of the game we showed a bit of impact when we decided to go forward.

There were concerns over an arm injury to halfback Michael Morgan which Green didn't believe would result in any time out and he expects Nene Macdonald to be fit to face Cronulla after he failed a HIA at half-time. 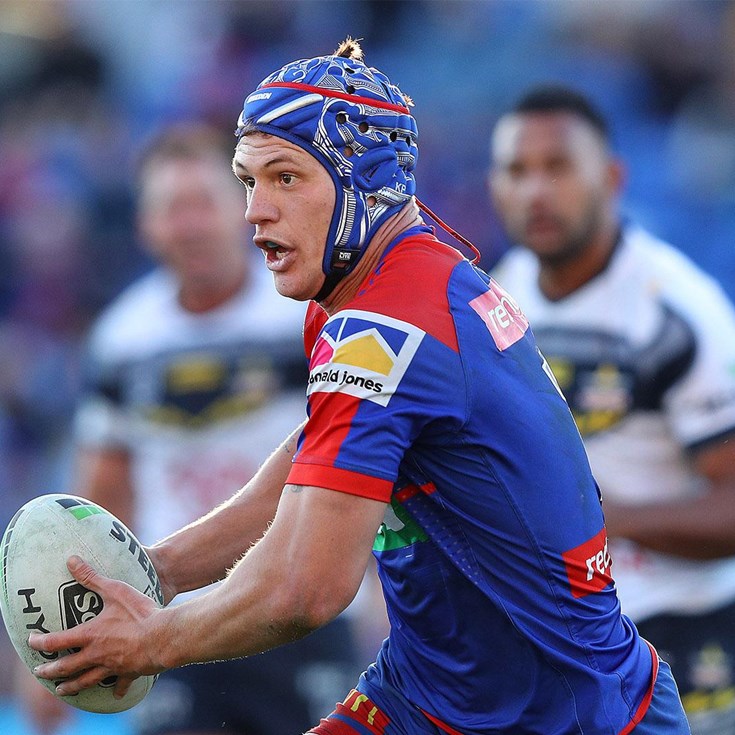 Green calls for Cowboys to break their bad start habit