Facing the prospect of being the Warriors' only established hooker for Saturday's trip to face South Sydney at Sunshine Coast Stadium, Karl Lawton has put his hand up to play the full 80 minutes.

Interchange dummy-half Jazz Tevaga faces a one-week ban when he heads to the judiciary Tuesday night to fight a dangerous contact charge.

Other hooking options Issac Luke (hamstring) and Nathaniel Roache (calf) are both injured, with only Luke considered a chance of being fit for Saturday night's meeting with South Sydney.

While he's yet to play big minutes at first-grade level, Lawton told NRL.com he has plenty of past experiences to lean on.

"I have played 80s before and have had quite a few in my career, so it's just a matter of getting the opportunity.

"[I haven't played 80] this year but last year I was knocking 80 minutes out for most of the season.

"I think Peta Hiku could jump in there for a bit [if needed] too. If I need a spell you could chuck someone else in there."

Coach Stephen Kearney declined to go into detail about the club's planned defence for Tevaga but suggested they would benchmark it against a similar incident in round four.

"There was another tackle which was very similar the day after by another, I'm not going to say who, which looked similar if not worse, and there was no charge," Kearney said.

"It's just about the consistency of the process.

"I don't want to stand here and tell you we feel confident… we are challenging the charge and will see what happens."

After succumbing to hamstring tightness midway through the round three match against Manly and missing last week's 26-10 win over the Gold Coast, Luke was back running this week at training but remains a day-to-day prospect.

In his absence Lawton, who ran for 40 metres and made 26 tackles in a 41-minute stint last weekend, earned praise from Kearney.

Meanwhile Kearney said he was confident prop Bunty Afoa would be declared fit to take the field at Sunshine Coast Stadium, after suffering concussion last week.

"He's at stage two of the protocol and has another one tomorrow and another on Friday, but we are pretty confident he will be OK." 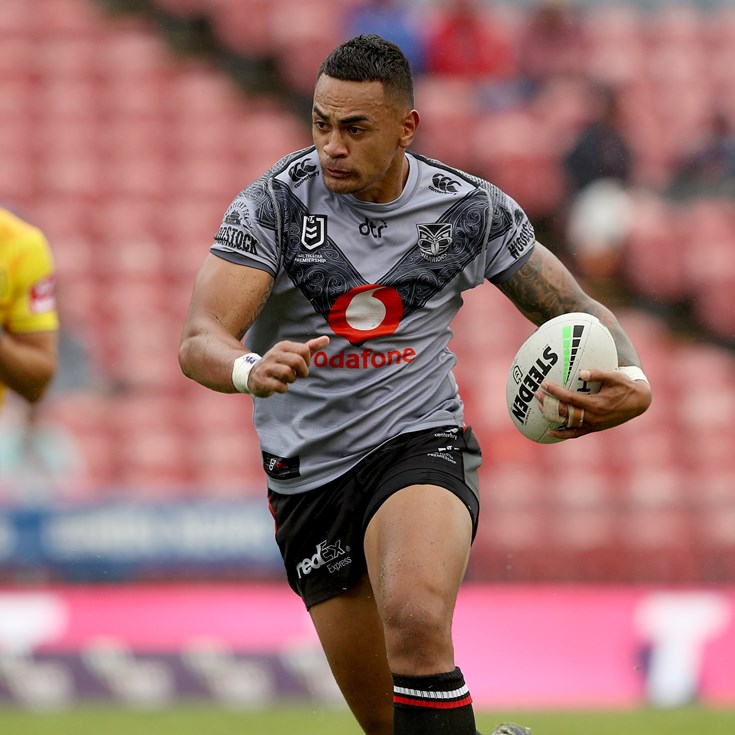 Luke taking nothing for granted after NRL axing