St George Illawarra prop Paul Vaughan believes the extra on-field responsibility in a depleted Dragons forward pack has resulted in him playing the best football of his career.

Vaughan, who was a member of last year’s successful NSW State of Origin team, has been playing up to 62 minutes per match for St George Illawarra in the opening five rounds this season in the absence of Jack de Belin, Korbin Sims and Tyson Frizell.

In comparison, he averaged 48 minutes per match for the Dragons last season.

"I think the biggest doubt was my fitness and how I was going to go because I had a modified pre-season but it has worked out to be great," Vaughan said.

"I've been playing 60 minutes each week. We needed the forward pack to stand up and I am trying to play the best footy I can for the team. I think I am playing the best footy I have played so far so I am pretty happy about that."

With the Dragons losing momentum just before halftime in their losses to North Queensland and South Sydney, St George Illawarra coach Paul McGregor has changed his forward rotation so that Vaughan and English prop James Graham aren't off the field at the same time.

After playing the opening 20 minutes, Vaughan is given a 10-minute break before returning. He again starts after the interval and plays a further 10 minutes before having another 10-minute break and returning to finish the match.

"Mary has got me doing a rotation at the moment where I am really benefitting from playing the first 20 minutes, then 10 minutes either side of halftime and the last 20 minutes," Vaughan said.

An ankle injury prevented him from returning for his third stint in last Sunday's 40-4 defeat of Canterbury but he's confident of being fit for Saturday night’s clash with Manly at WIN Stadium and said he was enjoying the added responsibility.

"It is an opportunity and a challenge I have to put upon myself to stand up," he said. "We've got James Graham there and Blake Lawrie is going really well at the moment too." 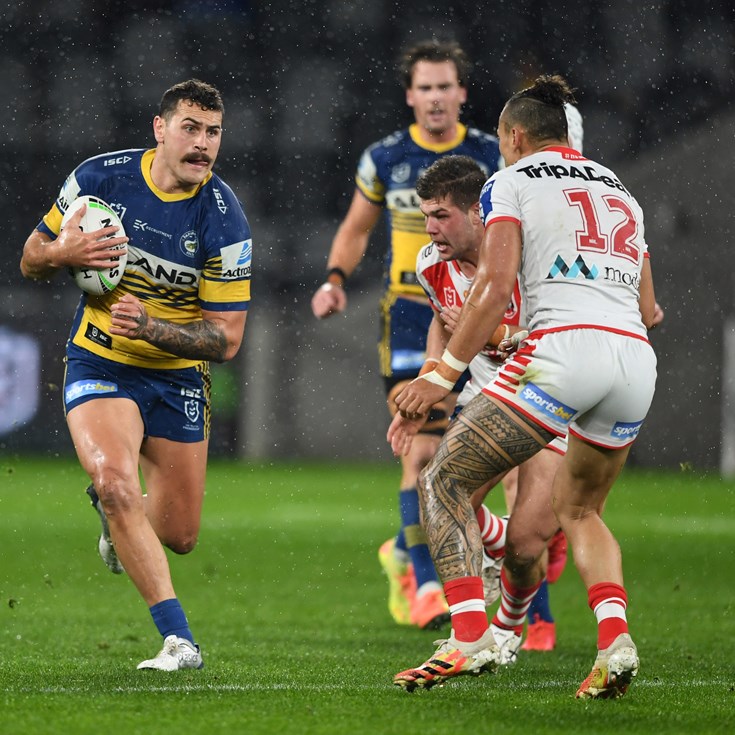