Parramatta coach Brad Arthur warned his players what to expect when they arrived at McDonald Jones Stadium on Sunday but they still could not match Newcastle’s early enthusiasm and energy.

Just six days after walloping Wests Tigers 51-6 on opening day at Bankwest Stadium, the Eels fell 28-14 to a desperate Newcastle team fighting to save their season.

The Knights led 20-0 after 27 minutes and, despite fighting back to trail 20-14 early in the second half, the Eels never really looked like hauling them in.

"They out-enthused us at the start. We knew they were going to come nice and hard and fast, and we weren’t prepared to do the same early," Arthur said.

"The boys have been around long enough, they knew exactly what the situation was, and we knew how important our start was. We didn’t have any ball, but we led to that as well.

"Maybe we just thought it was going to happen, and we didn’t have to work as hard to make it happen. The pleasing thing was that while it took 25 minutes for us to roll our sleeves up and have a go, after that we found a way to work back into the game and put ourselves in a position.

Arthur said the Eels went through a similar scenario earlier this month when they followed a 24-12 victory over Cronulla at ANZ Stadium with a 19-0 loss to Canberra at GIO Stadium.

The Knights enjoyed a 70-30 share of possession in the first 25 minutes on Sunday, leaving the Eels low on energy later in the game when they were trying to get back on level terms.

"… And at some stage your execution will get affected at the end of the game because you’ve used up so much juice early and you don’t have quite the same intent to carry the ball and get around the ball-carrier and things start to go from there," he said.

"We’ve got to come with a better attitude and not dip the toe in and wait and see what’s going to happen. We need to start hard.

"The pleasing thing was last year, against Canberra and Newcastle, at 20-0 we probably would have rolled over. At least we had plenty of fight and spirit and kept coming, but we left it too late and did too much work early."

Arthur said Newcastle, despite going into the game on a five-game losing streak, did the basics better.

"They had plenty of purpose; plenty of intent," he said.

"They did everything probably harder than us – real simple." 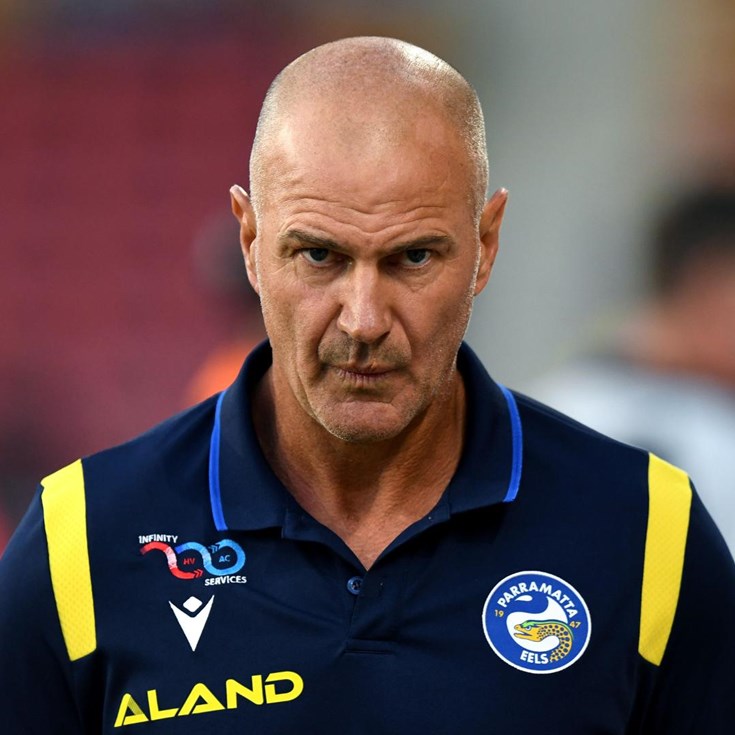