While the spotlight is pointed brightly at Anthony Seibold and Wayne Bennett leading up to Thursday's Broncos-Rabbitohs match, there is another coach facing his old club in round eight.

Des Hasler will be coaching against the Bulldogs for the first time since he parted ways with the former board and management in September 2017.

In the flurry of emotions over the Seibold-Bennett face-off, Hasler's trip down memory lane has almost been forgotten.

But there's no underlying nastiness here. He had nothing but praise for his successor at Belmore, Dean Pay.

"They would have got a lot of confidence out of the win against the Cowboys and they were pretty competitive against South Sydney, who are up there as a benchmark team, and they were pretty good the previous week against Melbourne, who are no slouches," Hasler said of the Dogs' progress over the past four rounds, neglecting to mention the 40-4 thumping by the Dragons in between.

"We'll have to make a few changes in the make-up of our side. But they are playing good footy - he's doing a good job, Dean Pay."

Hasler and his patched-up Manly side host the Bulldogs at Lottoland next Saturday.

The dual premiership winning coach will likely be without halfback Daly Cherry-Evans, who suffered a potentially serious ankle injury in the win over Canberra, and has question marks over hooker Api Koroisau and winger Jorge Taufua – both with calf muscle issues.

Before any of that happened in the 24-20 win over the Raiders, he had the video analyser working overtime on the Bulldogs.

"I've done a lot of tape on them – they're a good footy side.

From that day, there are eight survivors from the side that beat the Cowboys 24-12 last Friday. So a sizeable chunk of the squad Hasler pulled together is still there.

"That's why it's pleasing to see them performing so well – it doesn't surprise me.

"They are a capable footy side who, if you underestimate them a little bit, can burn you.

"No, nothing personal [in it]," Hasler said, before being asked if he felt had anything to prove professionally.

"Look, it was two years ago ... but you've got a week to think about it so I'm sure you'll find something. But nothing personal – not at all." 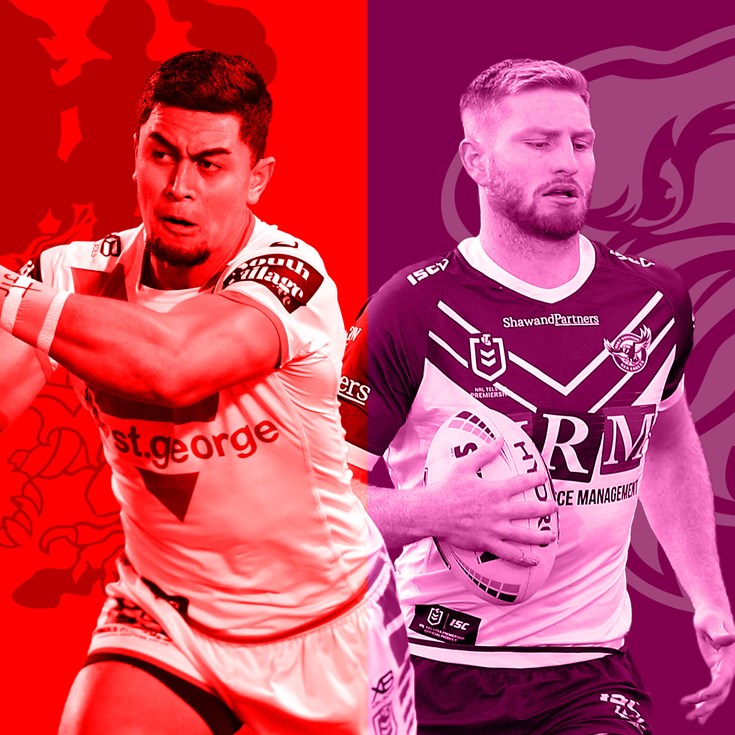 DCE vows to atone for poor game against Wests Tigers

'I have to back myself': Elgey vows to ease pressure on DCE

Business as usual for Cherry-Evans after Origin snub