Warriors playmaker Blake Green says his new halves partner Kodi Nikorima will bring some much-needed experience and speed to the side after making a mid-season switch from Brisbane.

The Warriors confirmed Nikorima's signing on Friday, with the 25-year-old set to line up for his new side against the Dragons next Saturday in the NRL's Magic Round, meaning his club debut will be at Brisbane's home turf, Suncorp Stadium.

With 13 Tests under his belt for New Zealand, Nikorima is vastly more experienced than rookie halves Chanel Harris-Tavita and Adam Keighran and Green said he'd be a significant addition to the squad on and off the field.

"I knew for a few weeks he was definitely on the radar as part of our plans moving forward, as it turns out it's just great we've been able to get him now for the rest of the season," Green told NRL.com.

"I'm obviously really excited to have him on board. He's the Kiwis No.7. He's got so many attributes I think will be good for our footy team, in particular his speed, how fast he can skip across the field, defends under pressure.

"The positive also being he creates a lot of competition in the halves now, which is a great thing for our playing group, just excited to have him here."

Nikorima's arrival means 20-year-old Harris-Tevita is set to make way despite some impressive performances at five-eighth this season, after Keighran started in the halves in the opening three rounds.

"Obviously it's a tough one with Kodi coming in for them initially, but I think it's important for their own development as now they can do it at their own pace this time, and when they do come back in they'll be that element of less pressure than perhaps playing a whole season.

"It also creates more competition for us at training. You look at the Roosters and Melbourne, they're sides that have shown how important it is to have good depth in your squad."

Green was confident he'd be able to quickly form a strong partnership with Nikorima, who he expected to play a similar role to former Warriors halfback Shaun Johnson.

"Yeah I've seen a heap of him. I guess he is quite similar to Shaun, in some aspects in terms of their movement, they both move really well and get across the field so easily and so fast," he said.

"In terms of being able to form a combination with him I don't think it'll be that dissimilar to how it was with Shaun last season.

"It does alleviate some pressure for me personally, Kodi comes in with plenty of experience, he's played international Tests, he knows what he's doing, I just hope we can strive up a good relationship and complement each other on the field which I think we will." 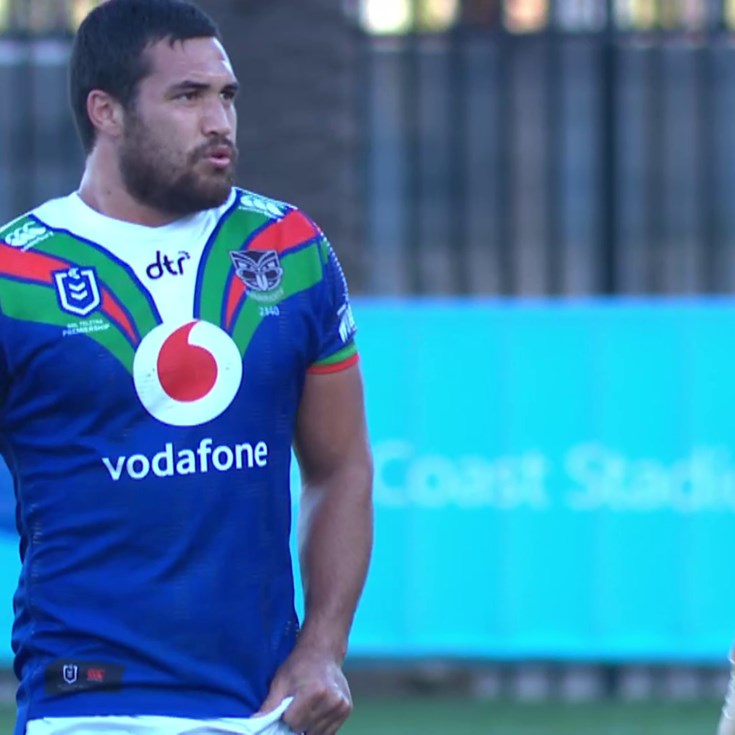