On this day, "Famous" Amos Roberts enjoyed a high-scoring debut, Benny Elias earned man of the match honours in a brutal Origin battle, while a promising Bulldogs rookie named Thurston is named in the Queensland squad.

The opening Origin clash turns into one of the most brutal contests of the genre. Gary Larson (Queensland) and Laurie Daley (NSW) are carried off on stretchers and several other players suffer from concussion.

Blues hooker Ben Elias accepts the man of the match award with his face covered in blood after NSW win 14-6.

Dean Pay and Ken Nagas emerge as NSW candidates following their displays in Country Origin’s 22-2 defeat of City Origin in the annual clash at Marathon Stadium.

St George Illawarra put the Anthony Mundine saga behind them to thrash Auckland 54-0 at WIN Stadium. Winger Amos Roberts scores a try and pilots nine goals for a personal haul of 22 points in his first-grade debut.

His haul was the highest in a game for St George lllawarra - it was matched by Jamie Soward in 2007 and Gareth Widdop in 2015.

Queensland exact the sweetest of revenge for their record loss to NSW in 2000 when they crush the Blues 34-16 in the opening match of the 2001 series at Suncorp Stadium.

Canberra fullback Clinton Schifcofske is cited for throwing a football at referee Tony Archer during the Raiders’ win over the Sharks. The Queenslander takes the early plea and is suspended for one match.

Bulldogs rookie Johnathan Thurston is named in a preliminary Queensland State of Origin squad of 22 players.

St George Illawarra star Jamie Soward is forced from the field with hand and groin injuries as Country score a last-minute try to down City 18-12 at Albury’s Lavington Sportsground.

Canberra international Tom Learoyd-Lahrs suffers a fractured cheekbone and his place in the NSW State of Origin team is jeopardised. Deputy Melbourne hooker Ryan Hinchcliffe is named man of the match.

New South Wales suffer a double blow in the lead-up to the State of Origin series when Manly fullback Brett Stewart (back and hamstring) and St George Illawarra winger Brett Morris (knee) suffer injuries in a Round 8 clash at WIN Jubilee Oval.

Sydney Roosters forward Victor Radley nails Manly centre Dylan Walker with a bone-rattling tackle that saves a try and saves the day for his team in a 22-20 nailbiter at Allianz Stadium.

Brisbane lose experienced hooker Andrew McCullough to an injured MCL after an accident at training. The 29-year-old faces a month on the sidelines and is likely to be unavailable for the opening game of the State of Origin series. 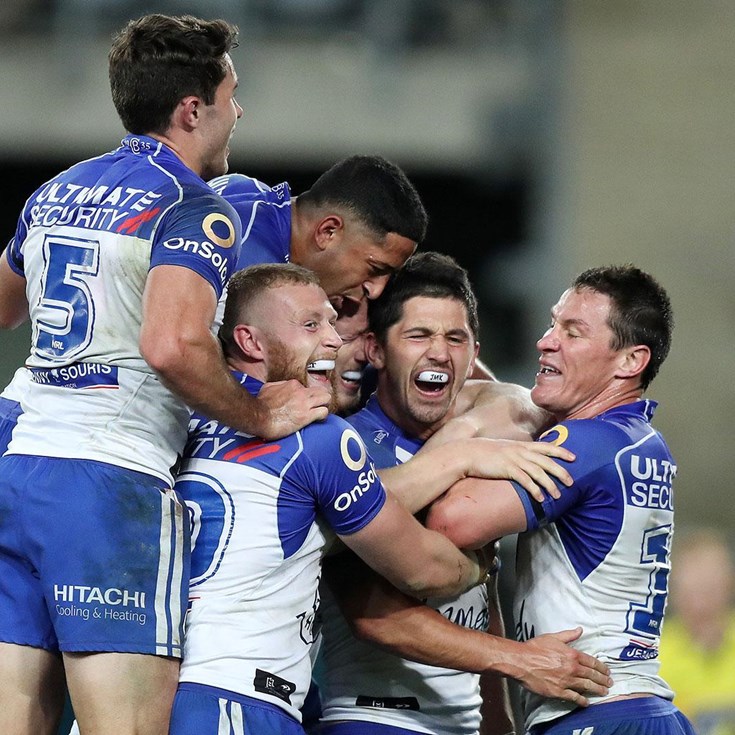