The Illawarra Steelers produce the boilover result of the Panasonic Cup with their stunning 40-0 whitewash of Cronulla at Parramatta Stadium. English imports Andy Gregory and Steve Hampson make their debuts but play only a small role in the win.

New South Wales take first honours in the State of Origin series with a 20-16 victory at Stadium Australia. Referee Bill Harrigan comes under fire from Queensland for missing two apparent knock-ons in the lead-up to a crucial try and for sending Maroons forward Gorden Tallis from the field for dissent.

North Queensland fullback Matt Bowen takes only 16 minutes of his comeback match from radical knee surgery to score a long-distance try as the Cowboys trounce the Sydney Roosters 34-18 at the Sydney Football Stadium.

Penrith announce that dual premiership-winning coach Phil Gould has been appointed to a coaching director’s role at the club.

Melbourne fullback Billy Slater surpasses Ken Irvine for most tries for a single premiership club when he crosses for a double against Parramatta to move to 172 career tries. 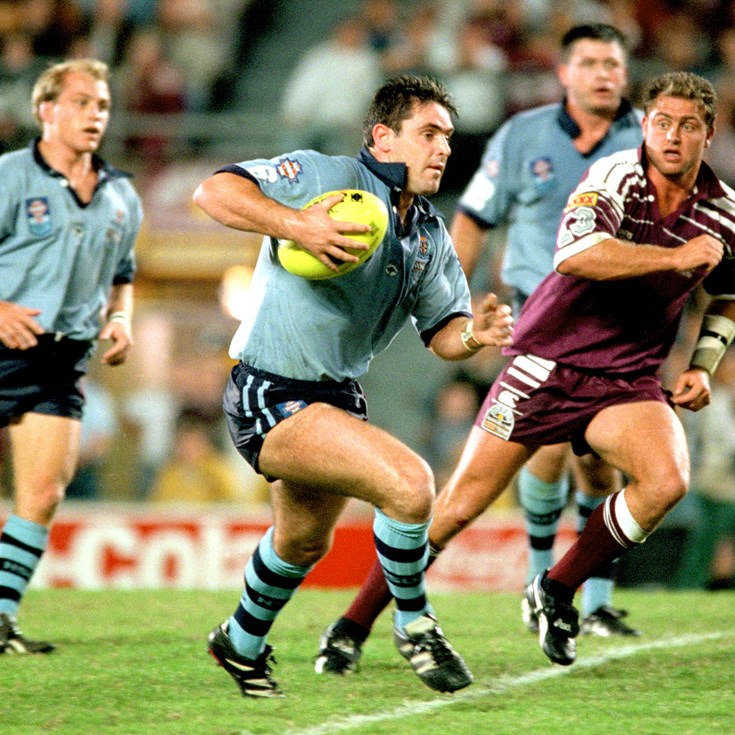