On this day, Andrew Ettingshausen stuck with the Sharks, Johnathan Thurston bade adieu to an overseas offer, while the great Reg Gasnier passed away.

St George take advantage of Canterbury’s inexperience at first grade level by inflicting a 91-6 hiding at Earl Park. Saints cross for 19 tries and land 17 goals in the 85-point massacre.

The score and the winning margin remain records for the premiership competition.

Andrew Ettingshausen signs a three-year contract with Cronulla, effectively tying him to the club until the end of his career.

ARL boss Ken Arthurson vows to sue any Penrith player who has signed with Super League after having already signed a contract with the ARL. Penrith Test star Brad Fittler hits out at his club’s decision to switch to Super League.

Referee Bill Harrigan maintains that he did not make a mistake by awarding a controversial try to New South Wales in the opening Origin match. Maroons officials support the retention of Bill Harrigan for the second match of the series.

Brisbane winger Lote Tuqiri breaks a 14-year-old club record for most points in a match with a 26-point in haul in his team’s 50-12 defeat of the Northern Eagles at ANZ Stadium.

The selection of Canberra prop Ryan O’Hara is the major surprise of City-Country selection night. The 22-year-old is named alongside Jason Ryles in Country’s starting line-up.

The NRL announces the use of two referees will be trialled in a number of Toyota Cup games.

Manly winger David Williams scores a 79th minute try to propel the Sea Eagles to a 24-22 win over Brisbane at Suncorp Stadium in one of the matches of the season. The lead changes six times throughout the game.

The game loses an Immortal with the passing of legendary St George centre Reg Gasnier, one day short of his 75th birthday.

South Sydney halfback Adam Reynolds makes his comeback from a knee injury to inspire the Rabbitohs to end a three-game losing sequence with a 16-10 victory over St George Illawarra, only to break his thumb and face another extended period on the sidelines. 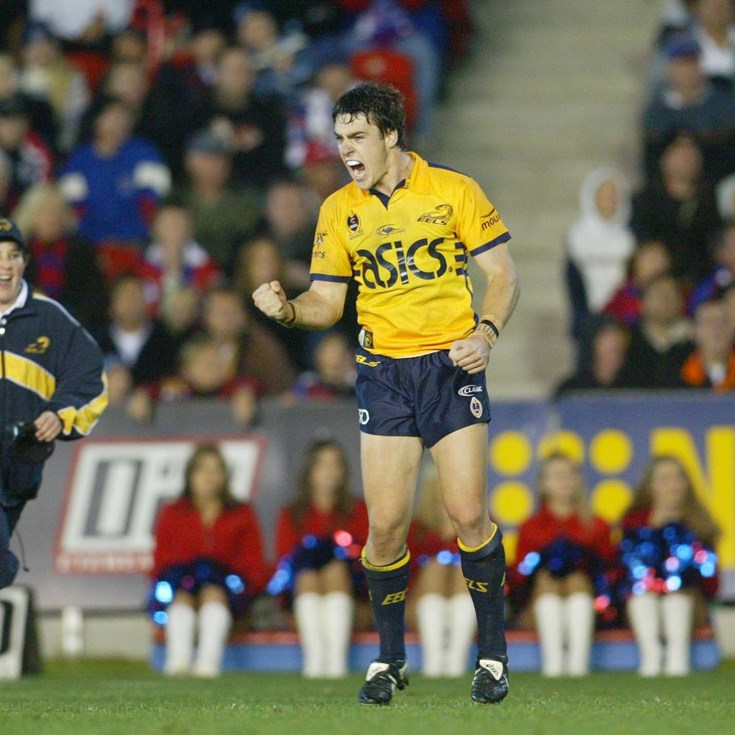