The Storm responded with ruthless intent to coach Craig Bellamy's spray from the week before to slaughter the Eels 64-10 on a night when centre Curtis Scott made a triumphant return to the side with a length of the field try for the ages.

After being previously dropped for poor form, and dealing with a personal issue, Scott was a late call-up and lit up Suncorp Stadium with one of the best individual tries seen at any ground, where he received the ball flat-footed on his tryline and then exploded through four Eels defenders before swatting away Blake Ferguson to tumble over and score.

However the match was a bittersweet one for Scott, who finished it in a moon boot with concerns he'd suffered a broken foot.

It was ruthless and riveting to watch, just like the entire Storm performance in an 11-try rugby league lesson. When the lead climbed to 58-6 in the 62nd minute the Eels were staring down the barrel of sinking to their worst ever loss, which still remains a 68-0 pummelling at the hands of Canberra in 1993.

A Cameron Munster masterclass was a dagger to the heart of the Eels but the Storm had 17 spear throwers on the night and they all did the ultimate damage.

Five tries inside 11 minutes in the second half was evidence of the Storm's determination not to be satisfied with a 24-6 lead at the break.

The performance sent a shot across the bow to the Sydney Roosters that the Storm have extra weaponry this year. The entire NRL competition will be in trepidation awaiting the next unleashing.

Munster always looked the most likely to score in the early exchanges and one of his typically elusive runs with dancing feet pumping opened the scoring.

A genius of a pass by Cameron Smith, where he moved one way and swivelled to pass to the other, sent Dale Finucane in under the sticks.

The Eels hit back through their strike weapon on the edge Shaun Lane, who hit a Mitchell Moses pass at full throttle to crash through Brodie Croft's attempted tackle.

Munster magic then lit up Suncorp Stadium as the Storm went to the right flank with Suliasi Vunivalu and scored on the left through Josh Addo-Carr after the Storm five-eighth wobbled a wicked grubber beyond Blake Ferguson's grasp and into the arms of 'The Foxx'.

If one try summed up the Storm's intention to run through brick walls for each other and their coach it was fullback Jahrome Hughes's effort just before half-time.

Hughes, with the look of a Scottish highland warrior in his eyes, palmed off Moses, barged his way through the grasp of Brad Takairangi and Gutherson, and then bulldozed through men mountains Junior Paulo and Manu Mau to score.

Maika Sivo sent Hughes into Disneyland with a high and late shot that led to him being marched for 10 minutes in the sin-bin in the 44th minute, but that sent off a chain reaction of Storm carnage. Vunivalu was bundled into touch at the end of that same play, and with Sivo absent the Storm went there again only this time with success.

Munster then started and finished a cracking 40-metre raid in cahoots with Ryan Papenhuyzen and the Storm had a 40-6 lead.

The riot continued when an in-field kick by Scott on the fly was fumbled by Gutherson. Smith was on hand and found Brodie Croft right on his hip.

Minutes later Papenhuyzen streaked away on a 45-metre raid of his own and 50 points were up inside 57 minutes. Kenny Bromwich joined in on the fun before Sivo scored to ensure the Eels worst ever loss in 1993 was still etched in the history books.

But not before Papenhuyzen shot out of a rocket on his own tryline before finding Addo-Carr, who turned Moses inside out four times to have the Eels half's head spinning.

The cameras cut to Bellamy in the coach's box at that point, sporting a grin from ear to ear. A week is a long time in rugby league. 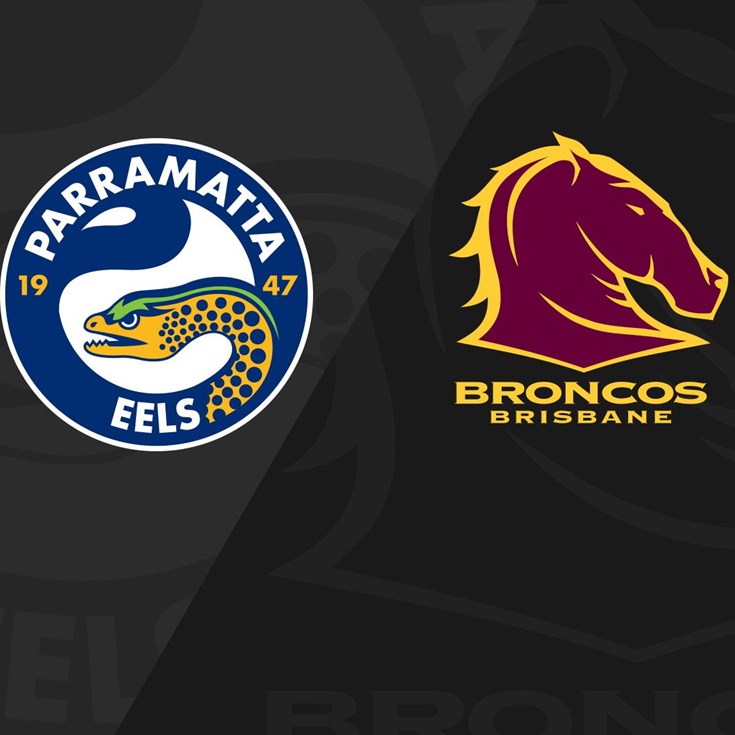 Cleary knows there's no place like home for a finals fling