Maroons legend Cameron Smith has endorsed Cowboys captain Michael Morgan to partner Cameron Munster in the Queensland halves if Daly Cherry-Evans does not recover from injury.

Smith is confident the Manly skipper will recover from an ankle injury in time for game one of the State of Origin series on June 5 but added that Morgan was the right man for the job should setbacks arise for Cherry-Evans.

Munster was at his brilliant best in the 64-10 win over the Eels at Suncorp Stadium on Saturday night on his way to a try, 174 running metres, two line breaks and a try assist.

Given Munster is a certainty if fit, Smith said finding a half with the right qualities to partner him was essential.

"There is going to be a new nine with Andrew McCullough being injured, so I think it is really important that whoever plays seven for the Maroons this year is very vocal and an organiser, someone who is going to steer the team around the park," Smith told NRL.com.

NRL players bring the Magic to the community

"That is because Cameron plays his best footy when he doesn't have to organise anything or steer the team around.

"He played his best footy tonight [against the Eels] when he just holds out on his left side, and when there is an opportunity he just gets the ball and takes on the defence.

"I think Cherry-Evans is going to be OK. The way he's played this year he's been fantastic ... I think that will be a perfect combination for the Maroons."

Smith said that Morgan's form at the back end of 2017 proved he was capable of steering a team around the park and that he should partner Munster if Cherry-Evans failed to recover in time.

"He's been around long enough to understand his role in the footy side. He is playing now without JT [Johnathan Thurston] and I think back to 2017 when Morgan and Taumalolo pretty much took that Cowboys team to the grand final with their performances in the back half of the year," Smith said.

"I thought the last six weeks of 2017 Morgan was possibly the form player of the comp.

"That's really the mindset he needs to take into State of Origin if he is to play in the halves because he's done it before. You never lose that talent or skill to be able to manage a footy side, so I think Cherry-Evans if he is fit has to be there, if not Morgan for sure."

Munster said the Maroons were flush for choice in the halves and would be happy with whoever Kevin Walters goes with.

"It is hard to say. I haven't got the six cemented at all. We've got [Anthony] Milford and Michael Morgan. Milford is hitting his straps at the moment, running the ball and looking really dangerous," Munster said.

"Michael Morgan showed that year he made the grand final against us that he is capable of playing half and then we have got Kalyn Ponga who can play in both [fullback and halves] positions as well. We'll see what Kevvie and the coaching staff wants to do and go from there.

"Ben Hunt can play halfback as well. We've got [Reed] Mahoney from the Eels who has been playing some good footy as well. He could slot into the nine and Ben could play half. We have viable options." 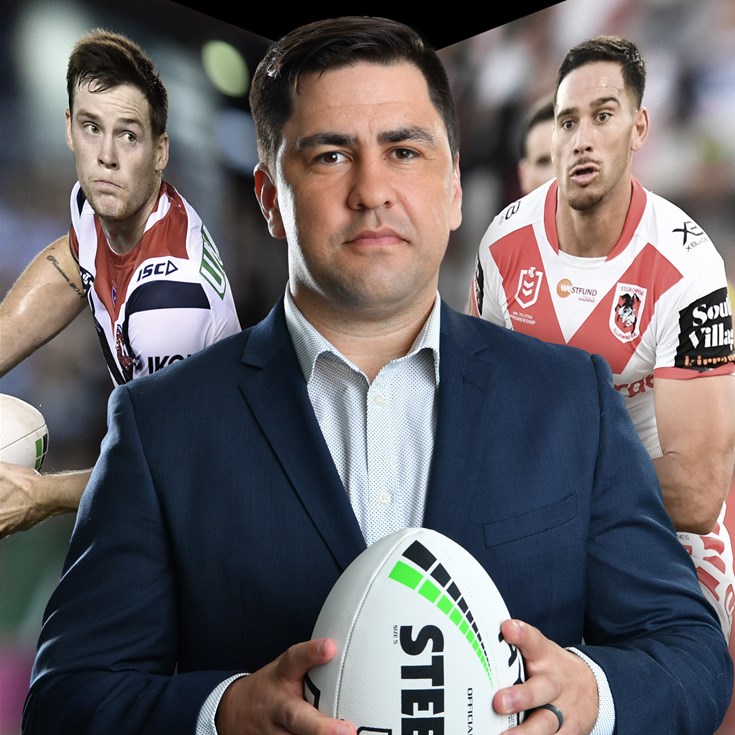