Nathan Cleary's State of Origin future may be uncertain but the Penrith halfback is still producing similar numbers that saw him make his Blues debut 12 months ago.

Coach Ivan Cleary refused to lay the blame solely at the feet of his halves for the side's early-season woes following Friday night's loss to the Wests Tigers, indicating the issues ran far deeper.

A knee injury to Nathan Cleary in the early rounds of 2018 made it impossible to compare the halfback's numbers after round nine last season but two wins leading into the series was enough to convince Blues coach Brad Fittler he was worthy of a debut.

NRL.com crunched the numbers to show Cleary has increased his averages in some areas of attack - running metres (84), offloads (12) and try assists (4) were already on track to eclipse last year's totals.

His defence, like the rest of his Panthers teammates, is an area letting him down with a 0.75 jump on last season for missed tackles with an average of 2.8 per game. Maloney is averaging almost double with 5.2 per game.

Maloney's form has impacted on Cleary's game with the pair swapping sides on the paddock and struggling for cohesion, while the 21-year-old has spoken of the need to take more risks in a Penrith side searching for points.

Where has it all gone wrong for the Panthers

Where Cleary (198.2) has dipped in kick metres, Maloney has picked up the slack to record 257.3 to start the season, just ahead of Luke Keary (225.9) and well ahead of Cody Walker, who averages just 67 throughout his career.

Maloney is also dominant with his short kicking game, creating 16 forced drop outs in nine games. The Penrith pair between them have 23 with Cleary creating seven, while Keary (7) and Walker (5) also remain in single figures. 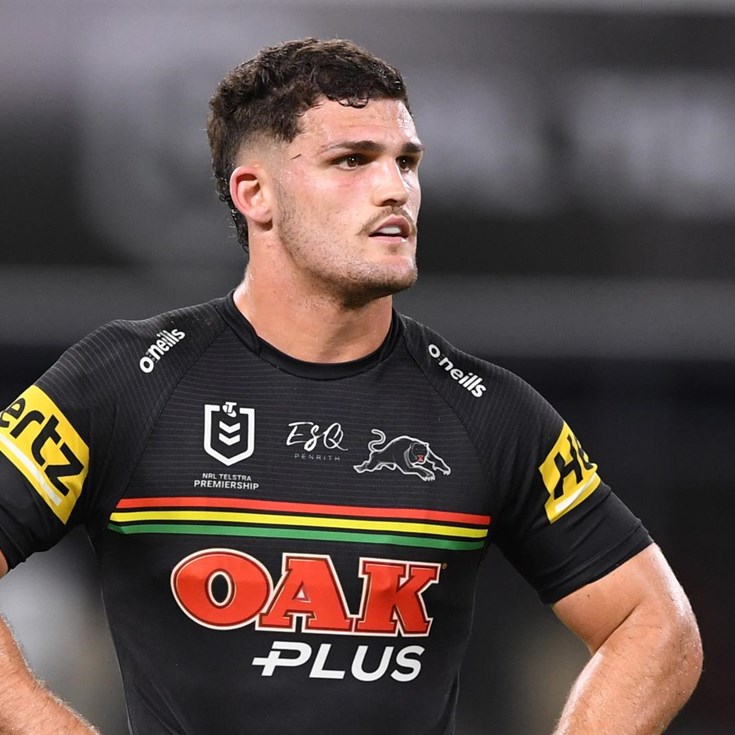 Luai relieved Cleary's back after 'shambles' at halfback

Cleary kicks his way into the record books