Before Dylan Walker gets to PointsBet Stadium to hear Sharks fans' opinion of him, he has to deal with his Manly teammates' banter first.

Walker has been named in Manly's line-up for the Sharks on Sunday, in his first NRL game since the round 25 loss to the Broncos last September.

"You can say it’s a weight off his shoulders but I think he’s found a couple of kilos on his hips," said Sea Eagles prop Martin Taupau, with a broad smile.

"It’s awesome to have him back. He’s a great asset for us with his spark.

"Aside from the fact he’s had his personal issues dealt with through the courts – it’s all been said and done now – we have all rallied around him from the start. Credit to him for staying strong mentally.

"Now I can’t wait to just throw him the ball and watch him score tries for us."

Walker had his first training session on Tuesday knowing he can play this weekend after being found not guilty in Manly Local Court of two domestic violence charges.

He had missed the opening nine rounds of the Telstra premiership while the legal case was completed.

But of all teams to have to face in his first NRL game of 2019, it had to be the Sharks, who have a running feud with Manly that has been festering since the 70s when the Sea Eagles beat Cronulla in two grand finals ('73 and '78).

"He is a bit of the court jester. He’ll throw it right back in their faces. It’s all a bit of fun and banter. I think most players sort of expect it when they go through some stuff. It’s the way you handle it."

If Walker was looking for any sympathy from his teammates he didn't find it in Curtis Sironen either. The 25-year-old son of Balmain legend and former Test forward Paul Sironen has had crowd abuse ringing in his ears for a long time.

"I get stuff thrown at me all the time about my old man … how I’m crap compared with him." Sironen said.

"I just laugh it off. I’ve been getting that since I was 12. I copped it at Leichhardt in round one [Manly-Wests Tigers].

"I’m sure at Brooky [Lottoland] they dish it out just as well as we get it elsewhere."

But Sironen doesn't expect Sharks players to poke the bear too harshly when it comes to Walker.

Try of the week: Magic Round

"You wouldn’t think so. There’s been guys with similar stuff in the past and no-one says anything," Sironen said.

"There’s that sort of unspoken bond, where you don’t go below the belt. Everyone goes out to win but you don’t want to go and be a prick about it.

"I think he’ll get enough from the crowd. For us it will be two footy teams trying to win a game."

Sironen also doesn't expect Walker to be angelic in his on-ground antics.

"That’s how he plays – he’s a bit of ratbag and loves getting messy," he said. 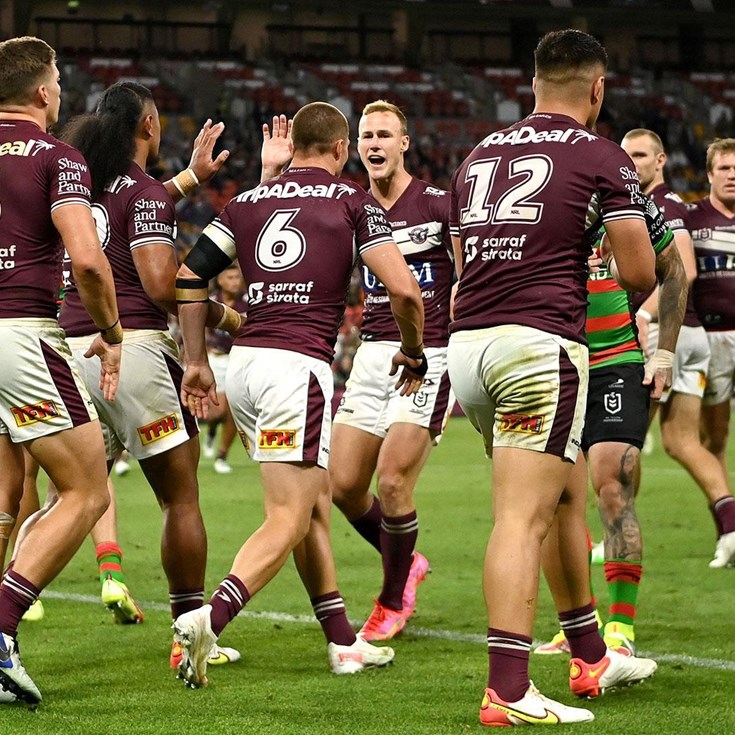