After ending a worrying run of late-game collapses last week against the Dragons, the Warriors are calling for more of the same from their bench on Friday against Penrith at Panthers Stadium.

In four consecutive losses between rounds five and eight the Warriors were outscored 42-0 in the final 25 minutes of games, and in three of those cases squandered leads to allow their opposition to overcome them in the closing stages.

But it was a different story in the 26-18 victory over the Dragons last Saturday during the NRL Magic Round, with the Warriors scoring three tries inside the final 25 minutes, thanks in large to the impact of their bench.

Winger David Fusitu'a told NRL.com the interchange wrested momentum their way at a crucial time and revitalised the squad.

"It was unreal, I feel like they shifted the game for us when they came on," Fuistu'a said.

"They did a good job to put us on the front foot there heading into the last bit of the game.

"They brought a lot of energy and all came in and brought something extra. It's contagious when they come on and bring that much energy.

"We just fed off it and that's what we love."

Back-up hooker Karl Lawton was a standout in his 20 minutes, registering a line break, four tackle busts and 92 run metres, including a long-range run in the lead up to the final try.

Assistant coach Stacey Jones said it underlined the importance of the interchange in the modern game.

"I know Mooks [coach Stephen Kearney] really praised what our bench did after the game and said they really brought some good energy," Jones said.

"Just because you are on the bench doesn't mean you have a lesser role to play, and sometimes it's a more important role.

"We saw that with what our guys did last weekend."

Awaiting the Warriors in round 10 is a Panthers side which has lost its last five matches and sit 15th on the ladder with only two wins.

Jones said the pressure Penrith were under makes them all the more dangerous.

"We have got plenty of people [at the club] that have been around this game a long time, and who know that when teams are under pressure they come out and perform," Jones said.

"We haven't had too much focus on them, it's been a short turnaround for us … we have got our own stuff to worry about."

Facing the prospect of taking on the NSW State of Origin halves, Jones also stressed the need for his side to improve their ruck defence, which was exposed on a number of occasions by St George Illawarra last Saturday.

"I think defensively we have got to be a bit better with our line speed and being a bit tighter around the ruck," Jones said.

"The Dragons created havoc around that area with their big guys getting offloads and their quick players around it causing us some trouble.

"Once we tightened it up we were much better, so if we can have more control around that area it will help us." 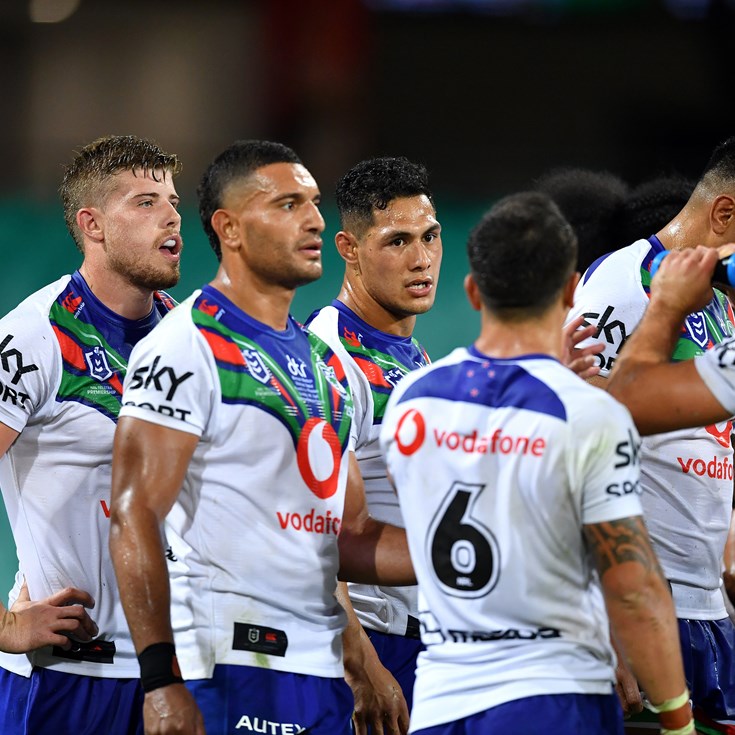