Sometimes Jake Trbojevic forgets that he is the captain and should be the one doing the consoling after a Manly Sea Eagles loss.

Martin Taupau said Trbojevic took the 26-10 defeat by the Broncos last week so hard, that he had to put his arm around him in the sheds to tell him to keep his chin up.

"He is the nicest person, but he’s very passionate, especially after losses. You’ve got to get around him and say ‘Look there’s always next week’," Taupau said.

"But he just goes back and recreates the game. I tell him ‘We’ll do that on Monday’. There is definitely a flick of a switch with him," he added of the Dr Jekyll and Mr Hyde side to Trbojevic.

The 25-year-old will be playing his third game as Sea Eagles skipper when they play the Sharks at PointsBet Stadium on Sunday.

According to teammates Taupau and Sironen, there is no-one better to lead Manly in the absence of Daly Cherry-Evans (ankle).

"He’s a good bloke. He does most of his talking through his actions, which is what you need in a leader and captain," Taupau said.

"For a player whose average tackles is about 40-odd, he makes it look like nothing because he gets up and does it over and over again. That’s the sort of example that we love seeing.

"You can’t fault him – I absolutely love him as captain. He’s very well respected and he’ll be a legend here like [Brent] Kite and [Anthony] Watmough and the Stewart brothers [Glenn, Brett]."

Sironen still struggles with how nice Trbojevic is off the field and how manic he is on it.

"It is weird," Sironen said.

"He’s the nicest guy, but I remember versing him when I was at the Tigers and he’d come and fold you in half, smash you, take the wind out of you and then be whispering in your ear ‘I’m sorry mate’ ... apologising.

"They are such good people him and Turbo [brother Tom]. They are genuine and just love their footy. They are the perfect humans I’d call them. They’re the sort of people you want to be like.

"I’m glad Jake's on our team. When we kick off and the poor front rowers bringing it back are thinking ‘We’re about to get hit’, so they usually run sideways straight at me." 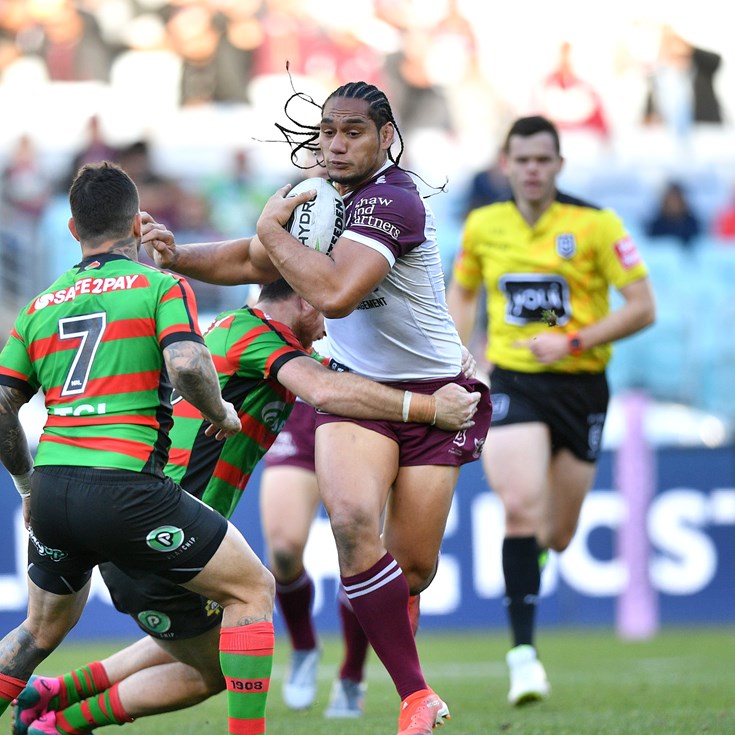 'Turbo' cleared for comeback as Manly gets band back together