An untimely stumble by Cronulla's walking wounded has left John Morris with a headache over where to slot returning star Matt Moylan into his back line.

Despite a second-half rally against Manly, the Sharks were well off the pace for much of a 24-14 upset, carrying injuries and ailments into the game and sustaining more in the process.

Halfback Chad Townsend was revealed to be in doubt right up until kickoff on Sunday due to a bulging back disc that recurred during Saturday's captains run, with the reliable No.7 to be monitored in the lead-up to round 11's local derby with the Dragons.

Back-rower Kurt Capewell also played on with dislocated finger that broke the skin, while Morris had initially ruled prop Andrew Fifita (hamstring) out of the game before the Tongan international accelerated his recovery to make his 200th appearance.

Moylan is the first of a formidable quartet billed to return for Cronulla in coming weeks.

Shaun Johnson (hamstring) is expected back in round 12 and Wade Graham (ACL) and Aaron Woods (foot) a week or two later.

Moylan is a potential starter in the halves against St George Illawarra, but Josh Dugan's three errors against Manly – two attempting to defuse kicks – may require a shake-up at the back.

Dugan has said publicly he has enjoyed greater selection stability after spending much of 2018 shuffling between wing, centre and fullback.

Morris in turn now has a conundrum over how best to play Moylan and Dugan in the same run-on side.

"So I've got some decisions to make over the next week. We'll have a look at that during the week, see what the best fit is for our team to take on the Dragons next Sunday."

While Dugan found himself in the crosshairs of Manly's kicking game, Morris said an overall lack of urgency from his side had not helped Dugan's cause.

"He had some alright touches Duges, but I think [his mistakes] were a result of just being passive in everything we did," Morris said.

"We didn't really win the tackle on the ground. We didn't get out and kick pressure. We didn't get back and put numbers around the ball for him. We just clocked off in all those little effort areas.

"In the end he gets exposed at the back. But I think it's about what happens at the front line. Things just seemed to snowball on us, they got a couple of kick tries and got the bounce of the ball." 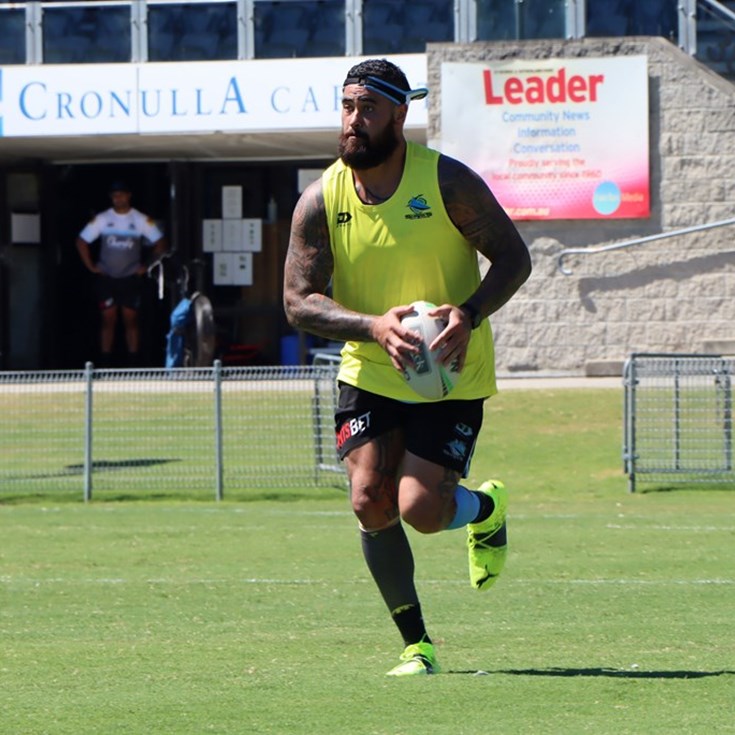 Townsend is the extras king