While much of the focus has been on the changing of the guard among the Queensland playmakers in recent years, it has been a similar story in the pack with a few rising prospects set to throw their hat in the ring alongside some elder statesmen in 2019.

With every player from last year's game three victory available, NRL.com Stats has crunched the numbers to see who could force their way in.

Players are only included once in this analysis and have been allocated based on where they are playing at club level, meaning some of the players in the lock category below could be considered for Queensland at prop (and have played there before).

The incumbent starting props are Papalii with Jai Arrow (listed below in lock), with Wallace on the bench alongside Tom Glasby (also below in lock).

Papalii and the Raiders are flying and he is likely to be one of the first forwards picked. Arrow has backed up his breakout 2018 and will be in, the only question is where.

Napa missed game three last year injured after playing in the first two losses and was staking a strong claim at new club Canterbury early this year before an ankle injury but has been a little down on form since his return. Wallace has been consistently inconsistent in 2019 but his best performance of the year came in round 10 against Napa's Bulldogs in a timely reminder to selectors.

Glasby, in somewhat typical fashion, has been plugging away without dominating any highlight reels and has helped his Knights turn a corner over the past month and with a 3-0 record at Origin level demands consideration at the very least.

Looking at the statistics, Papalii has the most reliable numbers; he averages more tackles at the best effective rate of any listed, and averages the most metres with the fewest errors and penalties and is busy with his decoy runs. He's playing around 10 more minutes per week than the others as well.

The other standout is the evergreen Scott, coming off a huge game against the Eels. He bends the line more than any on the list with almost four post-contact metres per carry – equal-best among all NRL props next to Addin Fonua-Blake – with the second-best effective tackle rate on this list and just over one offload per game.

There is no getting around the fact that Napa's numbers are poor. The only regular starting props to have completed fewer tackles have played fewer games, and no regular starting prop in the NRL has a worse effective tackle percentage. His average metres are the lowest of all candidates and his post-contact metres per carry are among the lowest for regular props in 2019.

Ofahengaue has been fairly steady in terms of form and stats and his minutes are comparable to the others despite mostly playing from the interchange lately. He has the most busts (though not by much), equal second-best tackle efficiency and second-best average metres. Wallace's work rate and post-contact metres, busts and offloads are good but his errors and penalties are a little high and a tackle efficiency below 90% is not ideal for a prop.

NRL.com prop verdict: Papalii and Scott, with Ofahengaue on the bench.

Realistically, any of these three could be used as a starting or bench prop; Arrow started at prop in game three last year and was among his side's best in the dead-rubber win, McGuire has started one of his 11 Origins at prop and Glasby played most of his club career at the Storm as a prop.

It's unlikely all three will make their way into the 17 which could be a bit rough on Glasby.

Certainly he is more of a defence-oriented middle compared to the other two, who each has far better numbers with their running and attacking games.

But no other player in this analysis comes close to Glasby's defensive efficiency.

McGuire and Arrow each plays better than 60 minutes, averages more than 150 metres, bends the line by at least 3.5 metres per carry and puts up solid defensive numbers. McGuire's effective rate has likely been dented by spending time on an edge for the Cowboys.

He has been close to an automatic selection for the Maroons and Kangaroos in recent years and will be picked by Queensland if he can shake off a calf strain picked up in round eight. Arrow got better through last year's series.

McGuire is a theoretical option to spell likely hooker Ben Hunt at dummy-half, having done so at times for Samoa and Brisbane, if things get desperate.

NRL.com lock verdict: McGuire at lock, with Arrow on the bench or starting at prop.

Kaufusi is an incumbent Maroon and Kangaroo and is a certain starter. Cooper was something of a late bloomer in Origin terms but has played six of seven games since he debuted in the final game of 2016 and performed admirably. Hess has played five straight Origins – all off the bench – since being called up in game two of 2017.

Gillett played every Origin from 2012 to 2017 before sitting out last year with a neck injury while Fifita and Lowe are uncapped. Fifita is still young and raw but seems guaranteed to debut in Origin sooner than later, while Lowe was touted as a possible Origin forward around 2015-16 before dropping off the pace at the Cowboys then rekindling his form and career under Wayne Bennett at Souths this year.

Lowe was named by NRL.com columnist and Origin's most successful all-time coach, Mal Meninga, in his likely team and is understood to be in genuine contention while Maroons coach Kevin Walters has also been closely monitoring Fifita.

Closing in on his 34th birthday, Cooper's time in Maroon could be over but he is still producing the biggest defensive numbers of those under consideration as well as being the busiest support runner. However, there have been plenty of line breaks happening around him at the struggling Cowboys with 11 break causes against his name. Teammate Coen Hess also has 11 but with Hess's running and tacking numbers also down he has a real fight to hold on to his spot.

Kaufusi and Gillett are the other reliable tacklers with Kaufusi putting up the best running metres while Gillett will be looked at more closely because of his experience in Origin and his excellent performances over a long period rather than any huge numbers in 2019.

Fifita could be useful as a bench impact weapon; he has only been playing 40 minutes per game but is still amassing more run metres than most of the others, with the most busts. Whether they want to throw him into the cauldron this soon is the question. If they don't pick up any injuries and can bring Fifita on for one short high-energy burst he could be a game-breaker.

NRL.com second row verdict: Kaufusi and Gillett to start, with Fifita on the bench. 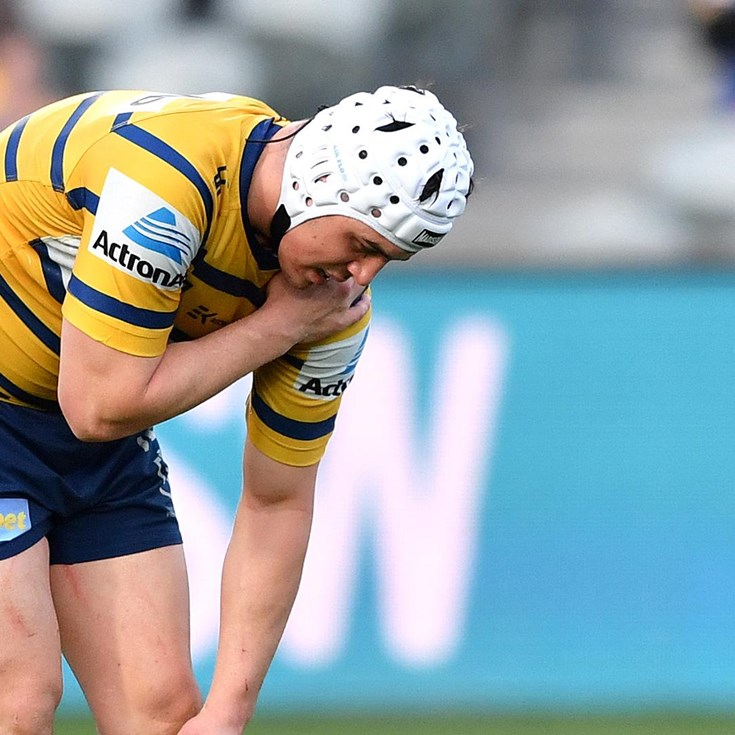 Presented By Go Healthy 2 weeks ago