The last full round of footy before the dreaded byes begin produced a bumper week for Fantasy scoring – including big performances from two popular captaincy options and one forgotten gun.

He's just the eighth-most owned hooker in Fantasy but Dragons rake Cameron McInnes showed what he can do on Sunday with a try, five tackle busts and 63 tackles in a monstrous 97-point performance to top the round.

That eclipsed bumper performances from star trio James Tedesco (82), Damien Cook (80, including a try and two assists) and Jason Taumalolo (78, with 251 run metres), while Cameron Murray (77) and Josh Addo-Carr (70) both scored twice and Mitchell Pearce (72) hit the top of the Dally M leaderboard with a fifth straight man-of-the-match performance.

Titans hooker Mitch Rein (69) had his best game of the season as the Gold Coast stunned Manly and Nathan Cleary (66) booked a NSW Origin spot with a timely big performance against the Eels.

Adam Reynolds went from NSW Origin contender to suffering a suspected leg fracture to being cleared (and left out of the Blues side anyway) in the space of 24 hours, in news that makes him a great Fantasy buy heading into round 12.

And cash cow centre Bronson Xerri scored his first career hat-trick on the way to a much-needed quality score (57) that should keep his price rising for the next month or so.

There was plenty of injury news on the Origin front but the one that will arguably have the most impact on the NRL season was a broken thumb is set to sideline Raiders hooker Josh Hodgson, which will rule the England star out for six to eight weeks.

Latrell Mitchell's 98-point bonanza against the Tigers back in round 8 feels a long time ago now, with the Blues star scoring just 16 points after filling in at five-eighth for the Roosters against Newcastle following Luke Keary's concussion.

Roger Tuivasa-Sheck was another attacking star who found himself contained this week, scoring just 15 in the Warriors' loss to Brisbane.

And Sam Burgess has now hit season-low scores in successive weeks, following up last week's 28 with just 23 points against the Tigers after making a couple of errors and six missed tackles. 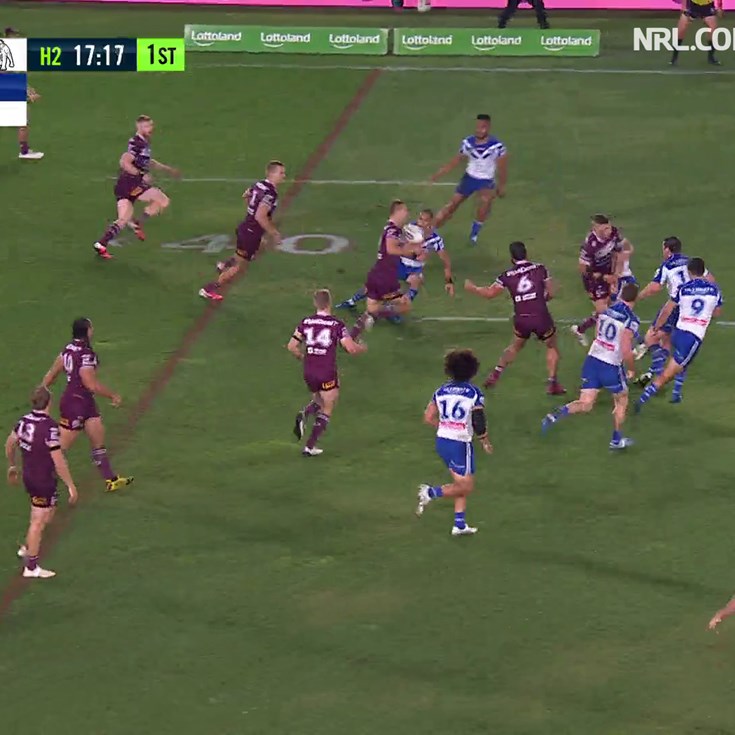