With eight NRL clubs having the bye and 34 of the game's best players away on State of Origin duty, it's a tough week for NRL Fantasy coaches aiming to get a decent collection of players on the field.

Most head-to-head leagues will be taking the week off, but the overall points race continues so those at the top of the leaderboard will be looking to put their four available trades this round to good use.

Panthers: Dean Whare (hamstring), Waqa Blake (knee) and Nathan Cleary (Origin) are out with Isaah Yeo joining Brent Naden in the centres and James Maloney returning at halfback. Cleary's Origin call-up leaves James Tamou and James Fisher-Harris as the two borderline keepers in action for Penrith this week, and both are fringe buys with less than 5% ownership this season.

Sea Eagles: Manly are even more down on troops than usual this week with Jake Trbojevic and Daly Cherry-Evans on Origin duty and Tom Trbojevic still a week or two away from returning, leaving Martin Taupau as the standout Fantasy option at the club. Cory Waddell's price has peaked after jumping by $273k this season, but he does get a start at lock this week while Abbas Miski replaces Brad Parker (broken jaw) in the backline.

Eels: Blake Ferguson returns to the wing with Michael Jennings returning at centre, while Kane Evans and Tepai Moeroa are in the starting pack with Marata Niuokore benched and George Jennings, Brad Takairangi, Tim Mannah and Daniel Alvaro dropping to the reserves. Ray Stone joins the interchange. Reed Mahoney is the one Fantasy gun in this side while Mitch Moses is a borderline keeper and everyone else is worth holding if you're playing for overall points – including winger Maika Sivo despite a 42 break even (unless you can upgrade him to a keeper who plays this week).

Bulldogs: Dylan Napa is with the Maroons so Ofahiki Ogden starts at prop, with one-time Fantasy star Raymond Faitala-Mariner joining the bench. Napa's absence could mean another 60-minute game for Aiden Tolman.

Raiders: The most interesting news here is that John Bateman has been included in the reserves and could be a late addition. His break even is close to 80 meaning he'd be a value buy a week or two after he returns. Already down on troops, Canberra have lost Josh Hogson to a broken thumb and Nick Cotric, Jack Wighton and Josh Papalii to Origin, with Sebastian Kris, Aiden Sezer, Corey Horsburgh, Siliva Havili and Joe Tapine named to start. Ryan Sutton goes back to the bench with Tom Starling and Emre Guler joining the interchange. Havili was a handy cash cow last year while Hodgson was injured, averaging 47 points in games when he played at least 50 minutes. He could get a good run in the No.9 jersey with Hodgson to miss 6-8 weeks, although keep in mind that includes the standalone Origin weekend plus Canberra's bye in round 16. At $362k he has a break even of 21 this week, having dropped $138k on his starting price.

Titans: The Gold Coast are the one team to field an unchanged line-up this week, and they have a great chance to grab back-to-back wins here. Mitch Rein is in sublime Fantasy form and is a captaincy option this week. Bryce Cartwright scored a try off the bench last week to help him to a 40+ score and will again come off the interchange. Tyrone Roberts stunned with 87 points last round, including two tries, two assists and 545 kick metres, but his highest score without a try in 2019 is 41.

Cowboys: Justin O'Neill (ruptured spleen) is replaced by Mitch Dunn in the centres, Scott Bolton starts for Matt Scott (shoulder) and Jake Clifford, Coen Hess and Corey Jensen join the 17 with Michael Morgan and Josh McGuire on Origin duty. Jason Taumalolo is the obvious captaincy choice this round, coming off scores of 76 and 78, and he's the one remaining superstar in this side with Morgan and McGuire away. 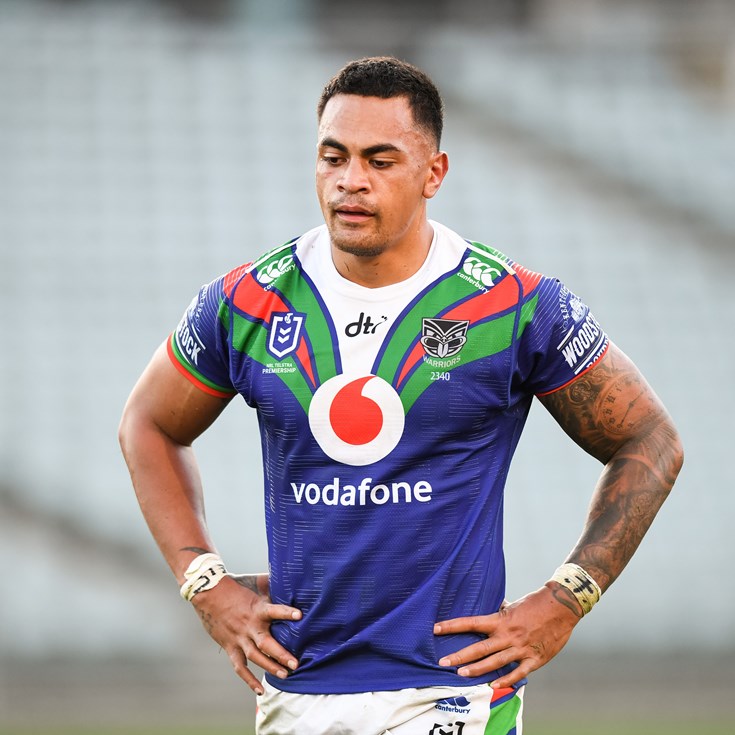 Choose who should win NRL Tackle of the Week: Round 3