The legacy of "self-belief" that Maroons centre Will Chambers' was left by his mentor Greg Inglis will be his driving force as another showdown with NSW talisman Latrell Mitchell looms large.

Chambers was following the edict of Queensland coach Kevin Walters not to talk about the opposition when asked about round two against Mitchell on Friday.

"I'm not too worried about him, I'm worried about Queensland and how good we are going to go," Chambers said as preparations for Wednesday night's series opener ramped up.

One of the mantras of so-called "coach whisperer" Bradley Charles Stubbs, whose philosophies have influenced Walters' approach this series, is that "belief creates miracles".

Chambers did not refer to Stubbs's ethos, but he did to the mindset that informed Inglis in his stellar career.

Chambers: I won't be singing the anthem

"He taught me to believe in yourself. He never budged away from believing how talented he was and how good he was," Chambers said.

"He worked hard, but it was his belief. I watched him go from centre to five-eighth and everyone said 'what are [the Storm] doing?' and he won a grand final [in 2009] at five-eighth.

"Believe ... [it] is something I've tried to do more this year and trying to enjoy it.

"We are doing it for ourselves. We understand how much a privilege it is to pull on the Maroon jersey and do it for Queensland and if it makes Greg proud, we are happy for him."

Maroons guess who will be their 21st man

The 31-year-old said he was "shocked' by Inglis's retirement and gave a moving tribute to his former teammate as he outlined how saddened he was that Inglis had struggled post-football and checked himself into a mental health facility.

"I feel sad mate. He was a mentor and a role model to me. It's pretty hard," Chambers said.

"His body has said no to him. His mind said yes, and his heart. He tried to play and played wounded and the media wanted to bag him.

"In the end, he said his body is shot and he threw it all in. To see him have to go and get help, which is probably the best thing for him, is just sad. We'll have to hope that he comes back bigger and better and rebounds really well.

"You would do anything to have Greg back in this camp and have him back around. Not only was he a great footy talent he was a great bloke as well.

"He was a leader, a natural leader and if the game was going tough, he was the first guy to put his hand up and stand up for you. I hope he recovers well and gets back in around the footy scene and is happy again."

Maroons assistant coach Justin Hodges said Chambers had the right mindset to take on Mitchell in the Holden State of Origin series opener. The Storm centre confirmed that assessment.

"I have got back to doing the basics well and enjoying my footy. I went away a bit from that last year but now I'm making every day enjoyable and trying to be the best footballer I can be," Chambers said.

"It is a new group and a group that has done well. We have gelled well together and we're looking forward to next Wednesday night."

Chambers has been playing left centre for Melbourne this year but will return to the right for the Maroons, where he feels right at home.

"I played right my whole time at Origin level so it doesn't worry me, it's all part of football," he said.

"I just do a few more tackles on my left shoulder but not too much. Naturally, I'm a right-sided player but playing on the left for Melbourne was the best fit." 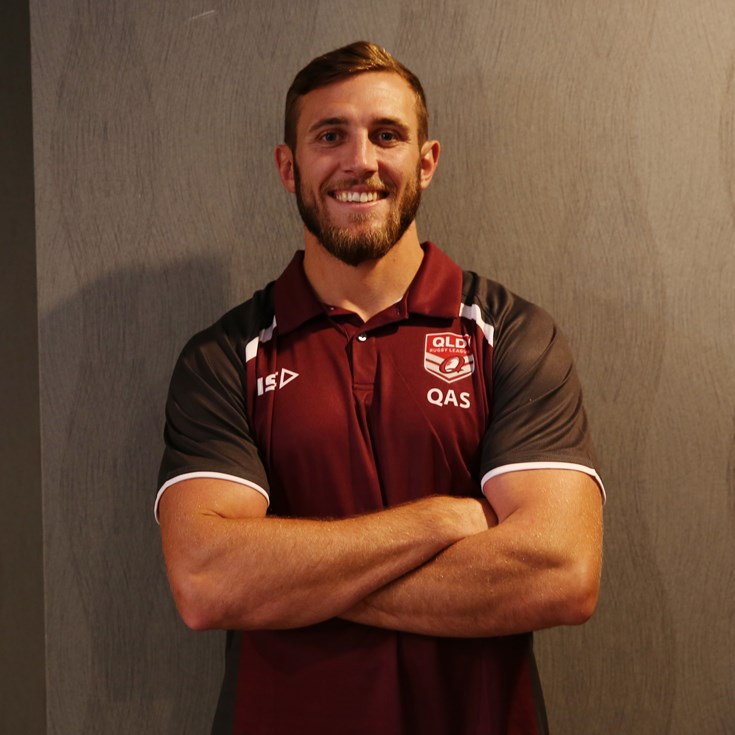 Walters request for contract extension to be resolved before Origin

Silent treatment: How Chambers turned the tables on Mitchell