South East Queensland have kicked off their Harvey Norman National Championships campaign in style with a 44-0 victory over Combined Affiliated States on day two of the tournament.

SEQ, formerly Queensland City, patiently wore down an initially stubborn CAS to run away with the result in the second half with a performance that should send a warning to rivals.

SEQ halfback Ali Brigginshaw had the ball on a string to set up four tries ahead of her side's vital clash with NSW City on Saturday.

Easts Tigers representative Rosemary Vaimili Toalepai crossed for a double in the 10-try rout, while Tarryn Aiken and Jessika Elliston were particularly strong on the left edge scoring a try apiece.

CAS have a day's rest on Saturday before playing off for fifth spot on Sunday.

In the other round clash, Queensland Country recorded a 40-0 win over the Australian Defence Force with centre Stephanie Mooka putting her hand up for State of Origin selection with a two-try performance.

The AFL convert looked at home in the centres with Maroons coach Jason Hetherington watching on in the stands.

Brisbane Broncos fullback Chelsea Baker slotted six goals in the romp in preparation for her team's next challenge against defending champions NSW Country on Saturday.

Matches will be live streamed via NRL.com, with the final two matches of the Championship (on Sunday) broadcast on Fox League. 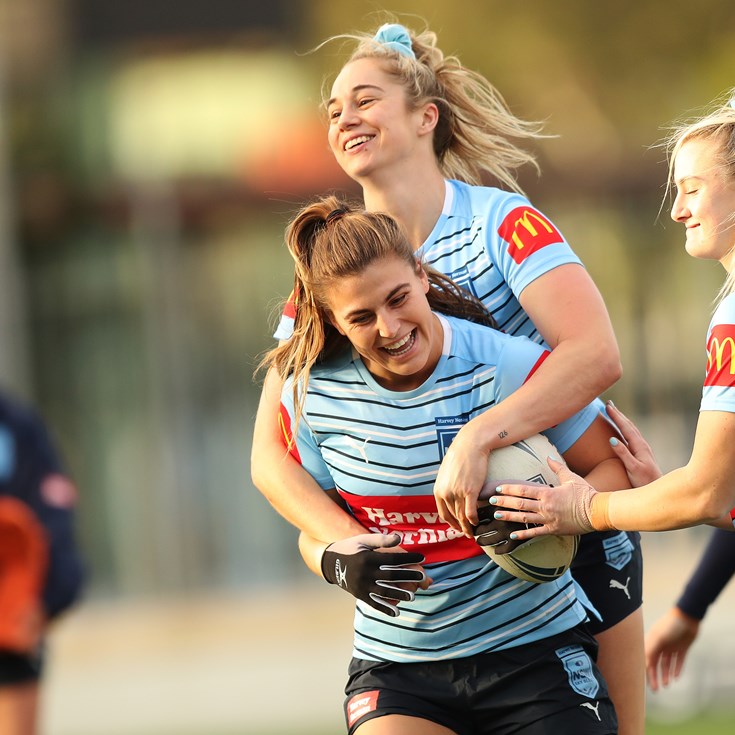