The engine has been turned back on. Tom 'Turbo' Trbojevic is ready to go as Manly name their full-strength squad for the first time in 2019 against the Cowboys on Saturday.

Trbojevic has not played since hobbling to the Lottoland sidelines in the round four win over South Sydney with a second hamstring injury.

The 22-year-old fullback, who has made 12 tackle breaks and five line breaks in 122 minutes of football this season, was slogging it out at training at North Narrabeen in the wind and rain on Tuesday, slotting into the back-line with ease.

Providing Daly Cherry-Evans (Qld) and Jake Trbojevic (NSW) make it through Wednesday's Holden State of Origin series opener, the Sea Eagles have not had a side yet with those two, Tom Trbojevic, Api Koroisau, Moses Suli, and Dylan Walker all on the field together.

But they are planning on just that for Saturday night's round 13 match against the Cowboys at 1300Smiles Stadium.

Coach Des Hasler named Jake and Cherry-Evans as No.18 and No.19, sticking with Kane Elgey and Cade Cust in the halves, until he receives a full post-Origin medical report on his two stars.

Tackle of the week: Round 12

"Fingers crossed that everyone gets through ... hopefully Turbo gets through the week of training as well as he'll be massive," second-rower Curtis Sironen said.

"The Warriors in round three was really the only time we got Chez (Cherry-Evans) and Turbo through a whole game together – and we saw what that could do."

Cherry-Evans and Trbojevic scored a double each in the 34-point win at Christchurch Stadium.

"It gives us a lot of confidence to have those leaders around," Sironen said.

"We've got young guys  who have really stepped up, found a voice, so there are some positives from all the changes we've had.

"But you want your best players out there. And Walks (Walker) has had a couple of games back now and he's only going to grow. It's sort of coming together now."

The only one missing this weekend will be interchange forward Corey Waddell, who is out for the next two matches after head-butting Penrith's Liam Martin in last Thursday's 15-12 loss.

"Morgan Boyle was sick last week (virus) so he might come back in. Whoever it is will do the job," prop Addin Fonua-Blake said.

Later on Tuesday Hasler did indeed name Boyle on the bench.

The Tongan international is certainly pulling his weight and will need to once more against the brute strength of Jordan McLean, Josh McGuire and Jason Taumalolo.

Against the Panthers, Fonua-Blake made 25 hit-ups for 221 metres, including 92 post-contact metres and 27 tackles in a sterling 65-minute effort.

"Obviously trying to play my best for the team … I'm also benefiting from the fast play-the-ball by the boys in my team," he said.

"I'm not one to hoot my own horn. I'm playing alright at the moment but there's room for improvement."

Cherry-Evans and Jake Trboejvic returning will also present a captaincy dilemma. They have shared the skipper duties between them over 11 rounds – Cherry-Evans six games and Trbojevic five – with Joel Thompson leading the side once.

"I guess whoever wins (in Origin) will be captain I guess," Fonua-Blake said, offering his selection solution.

"I just hope they both come back uninjured. We're also hoping Tommy is back strong this week and that Jake and Chez can pull through Okay." 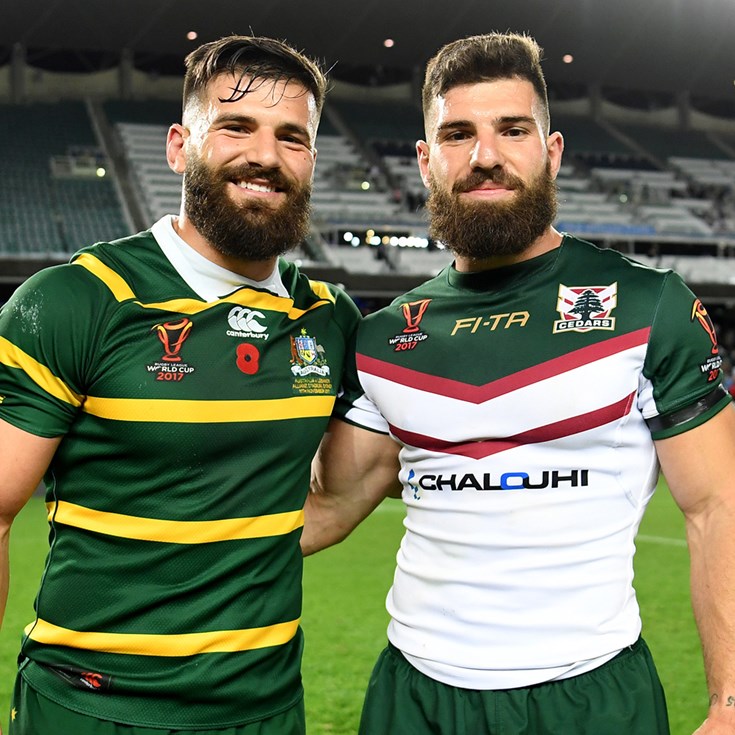 Manly players once again learning to live without Turbo