State of Origin is once again creating headaches for Fantasy coaches with stars being rested by their clubs while another major injury has struck at the wrong time.

Do the Origin players (particularly the Rabbitohs and Knights game, with a two-day turnaround) play for their clubs this week?

Most will, some won't. At the time of writing Kalyn Ponga and Cody Walker had been ruled out of Friday night's Rabbitohs-Knights match, while David Klemmer remained in doubt and Damien Cook, Cameron Murray and Dane Gagai were set to play.

Star halves Nathan Cleary and Cameron Munster are also set to play this week, while Nick Cotric was hoping to play for Canberra despite picking up a minor knee injury.

The rest we'll find out throughout the weekend.

Is Adam Reynolds a sell or a hold? Do you think he'll score the same when he returns from injury?

He's probably a sell for overall points, and a hold if you're playing to win your head-to-head league.

"He'll be out as long as he's in pain so we don't know if it will be a month, three weeks, six weeks, five weeks. But there's no surgery required. When he can run and handle the pain he'll be right to play."

That's what Wayne Bennett said on Thursday, so the hold or sell question is a tricky one. With a bye week for standalone Origin after round 14 and an actual bye for the Rabbitohs in round 16, a three-week layoff would mean Reynolds misses two matches while a six-week break would equate to four games. For overall points you could trade him now for a round 16 scorer, while for head-to-head if you can survive without his points for round 13, 14 and 15 you're probably best off saving a trade.

With Adam Reynolds out, who takes his spot in the halves?

Adam Doueihi will start at halfback for Souths this week, with Connor Tracey lining up at five-eighth in place of Cody Walker. Tracey had a great Fantasy score last round but he's a ball-runner who did zero kicking in that game, so Doueihi is a more natural replacement for Reynolds and is likely to fill the halfback role in his absence.

At $319k, Doueihi's not as cheap as Tracey ($277k) and the mystery over how long Reynolds is out for makes him a risky cash cow prospect.

Who are the two best available halves in Fantasy at the moment?

Daly Cherry-Evans and Cameron Munster, although Nathan Cleary could close the gap on them in the second half of the season and Mitchell Pearce (67.2 in his last 5) and Anthony Milford (62.8 in his last 5) are in great form. DCE is the standout (although overpriced at the moment) but if you can pair him with another one of those guys you're doing fine.

Do you think Bateman have another price drop this week if he maintains his scoring. Wait a week or grab him now?

With a break even of 67 it's more likely than not that John Bateman's price will drop next week. So if money is tight, waiting a week is the smart move. If you've got cash to spare and would prefer to get the points boost this round, snap him up now.

Thoughts on Staggs or Mann to bring in as a cheapie to free up some cash for Bateman and RTS next week.

Both those guys are interesting dual position options, and both cost exactly $284k, but I'm not convinced either is a great cash cow option. Staggs is the safer bet – he looks to have locked up a starting spot in the Broncos centres since James Roberts' exit to Souths and should score about 30 points a week. The question is whether that'll be enough to earn enough price rises to justify a couple of trades.

Mann is riskier – he should score well at five-eighth while Danny Levi is out of the side (for 5-7 games), but if he doesn't perform the Knights could bring in Mason Lino or switch Connor Watson back to five-eighth and start Jamie Buhrer at hooker. He's also likely to fill in at fullback for Kalyn Ponga this week – a position where he scored just 20 points in 80 minutes in round three. There's more upside than Staggs if he can grab another couple of big scores like his 54 a couple of games ago, but he's also a bigger gamble.

Drew Hutchison is another option at the risky end of the scale – he's cheap at $228k and could get an extended stint in the Roosters halves with Luke Keary out, although his job security and scoring is up in the air. At the very least he'd free up a lot of cash now.

Is Briton Nikora a trade with Graham now back?

No. Graham appears more likely to replace Kurt Capewell in the Sharks back row than Nikora.

Both those guys are averaging more than 50 points a game this year, so unless you already have a team full of 50+ scorers and trades to burn I wouldn't be selling either.

What should I do with Farah, as Liddle is still on the bench is he gonna play 80? If he's a trade who are some good pick-ups for him.

In the three games when Jacob Liddle has been on the Wests Tigers bench Robbie Farah's minutes are 62, 80 and 46. So you'd have to be optimistic to expect Farah goes back to playing 80 minutes each week from here. With a break even of 72 after scoring just 21 in his most recent game, unfortunately he looks like a sell. Damien Cook, Cameron Smith and Cameron McInnes are the elite scorers at hooker. 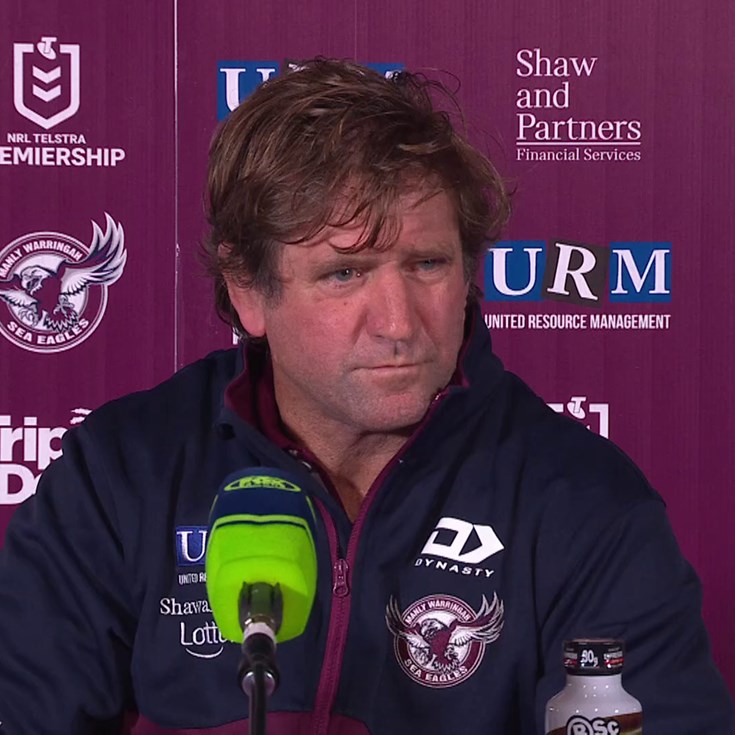