David Klemmer has opted against undergoing surgery to a broken wrist suffered in Origin I in a bid to be fit in time for the final game of the series.

Klemmer went for scans this morning on a wrist injury he suffered in the early minutes of Wednesday’s opening Origin game at Suncorp Stadium, with scans revealing a fracture in his wrist.

The specialists have indicated he could be fit in time for Origin III at ANZ Stadium on July 10.

Klemmer was the best forward on the field on Wednesday night, playing 50 minutes straight in a colossal performance.

His omission for game two in Perth is a huge blow to NSW’s chances of levelling the series, with Brisbane’s Matt Lodge and North Queensland’s Jordan McLean in line to make their State of Origin debuts.

Klemmer strapped the injury during the match but didn’t feel much pain until the following afternoon.

After touching down in Sydney on Thursday afternoon, he joined his Knights teammates at the team hotel in Parramatta with the intent to play against South Sydney on Friday night.

However the pain increased overnight and he went into hospital for scans on the injury.

Surgery would deny him any chance of playing in this year’s series and potentially impact on his hopes to play finals football. He will let the injury heal naturally and is expected to delay surgery until the end of the year. 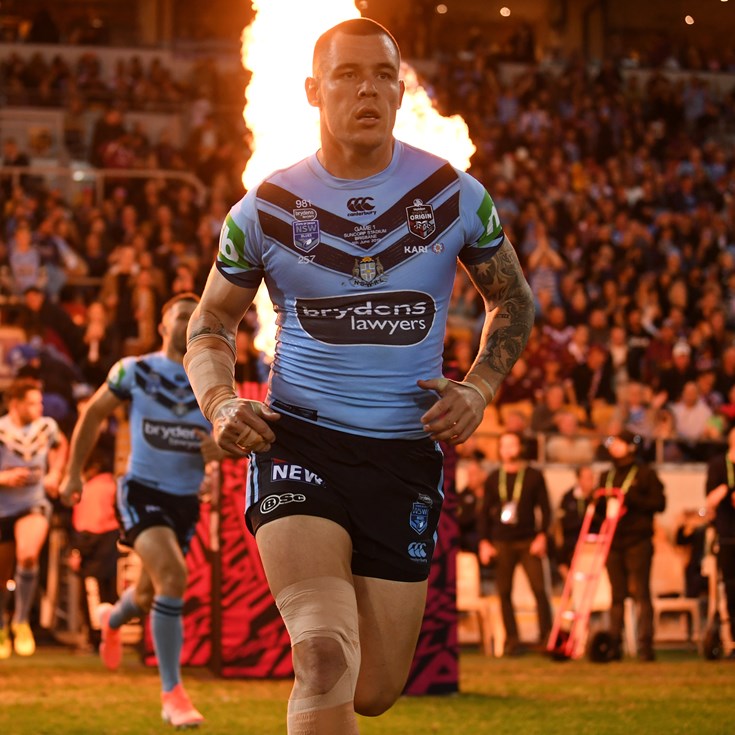 How Klemmer passed his final test