Broncos coach Anthony Seibold wishes he didn't have to wait a fortnight until Brisbane's next game against Newcastle for he and his team to restore some pride after a heavy 38-10 loss to the Eels at Bankwest Stadium.

With rep footy the spotlight next weekend, the Broncos' round 15 game won't be until June 29 at McDonald Jones Stadium.

And the break in transmission between Seibold and his team is not something the coach needs right now.

Seibold laid a large part of the blame for Saturday's poor result on his players having their minds on the rep round.

"The two weeks since Origin I we've been poor – that's the reality of it," Seibold said, referring to the 26-18 loss to the Titans at Suncorp Stadium a week ago.

"Some of our guys learnt a lesson tonight. We have 12 guys going away on rep teams tomorrow. They've all got their bags packed down here.

"I reckon they had their heads in the rep camps already. That's the simple, hard facts of it."

Apart from their contingent of Origin players, the Broncos will also have Jamayne Isaako (New Zealand), Tevita Pengai jnr and Katoni Staggs (Tonga) and most likely Anthony Milford and Junior Paulo (Samoa) away on rep duty.

Boyd creates try for Oates down the blindside

Seibold didn't single anyone out but as a group he wants his players to do a little self-examination and reflection.

"Individually and collectively we let the club down tonight – it wasn't good enough," he said.

"Parramatta through their actions showed they wanted it more and that's what disappoints me.

"This is the third time we've been to Sydney this year and we were down 22-0 to the Roosters, 22-0 against the Rabbitohs and 26-0 tonight.

"So that's a trend and it's got to be an attitude thing. It's got nothing to do with strategy of things like that. It's down to individual preparation and challenging themselves mentally to get their job done."

The meeting that made Tevita choose Tonga over Blues

As for the players' reaction at full-time, Seibold said he didn't need to say much more than what the scoreboard read.

"They're embarrassed and disappointed. I was proud of the way they stuck in the second half (scored two tries) because it would have been easy to throw the white towel in," he said.

"But we gave them too much of a leg-up. On the scoreboard in the first half we got what we deserved.

"Parramatta ran harder and were more physical than us." 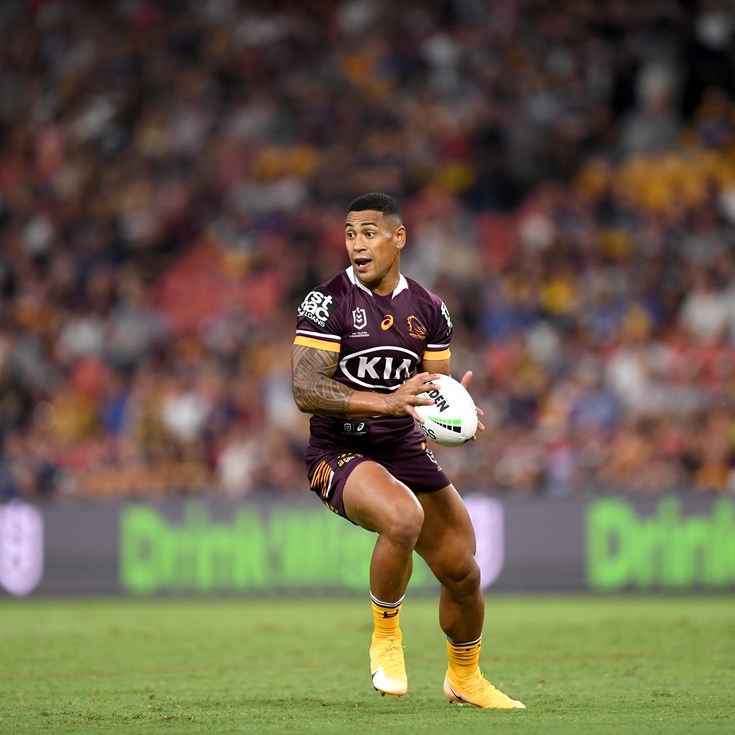