Time away from rugby league has only intensified the passion Jenni-Sue Hoepper has for the Harvey Norman Queensland Maroons jersey.

“I’ve got this fire inside me - a feeling I haven’t felt in a long time,” the 23-year-old said after being recalled into the squad for what will be her third time representing Queensland.

“It’s playing for Queensland that lights that fire; I have that passion and pride back and it’s so great to recognise that feeling is there and it’s because I’m playing for my state, my community, my family.”

The classy half made history when she became the first player to win the female Dally M medal in 2015 but says it is her small role in the development of the game for women and girls that makes her most proud.

In 2015, Hoepper represented Queensland for the first time and that same year was recognised as the most outstanding female player. The following year, she gave birth to her daughter, Havana, and took a year off from representative football.

After regaining her spot in the Queensland side in 2017, she made the difficult decision to step away from football again last year to support her partner through a difficult time.

“It has been a tough year, so to be back to where I am right now, is only because of the support of my family, friends and teammates," Hoepper said.

The former Jillaroos and PNG Orchids representative, who grew up in Cairns, also credits the progress of the local competition in Townsville, where she now lives with her family, for her selection in the Harvey Norman Queensland Maroons.

“Being away for a year has made me really appreciate the local competition a lot more. My teammates and opposition have given me the match fitness week in, week out that I needed to get back to this level and achieve the goal I set out to, which was to play for Queensland again,” Hoepper said.

"Without the local completion, without the grassroots system, there isn’t the opportunity for women to make these teams, because that is where it all starts.”

It will be Hoepper’s first time representing Queensland as part of the Holden State of Origin series, which was played for the first time in 2018.

“To see the NRLW competition really take off, and to see women’s become part of State of Origin has been incredible,” Hoepper said of the development of the game in the past 12 months.

"To see that girls can play now from under-6s right through without there being any real gaps is really great.”

While Hoepper is rightly so considered a role model by many young girls - especially in North Queensland, she said it was herself that was in awe of many of the young talents.

“The quality of football they play, the level of excitement and entertainment you see from the young girls is because they are starting at a young age and developing their skills and ability because they have that clear pathway," Hoepper said.

"You’ll see that in the Under 18 girls who play before our game on Friday night.”

In her third Queensland camp, Hoepper said she was relishing being back in this environment, playing with and being coached by some of the talented players she grew up idolising.

“Every year is different because there’s a different group of girls. This is the first year I’ve been part of the team as part of State of Origin and there’s a real buzz around,” Hoepper said.

“To be coached by Nat (Dwyer), Murph (Karyn Murphy) and Jason (Hetherington) is really special.

“Those two ladies have been my football role models, alongside Renae Kunst.

“We have a great team this year and I’m really confident the coaching staff will get us prepared as best as possible to get the win and bring the trophy back to Queensland.”

When it comes to her own daughter’s future in the sport, there is gentle encouragement but no pressure from Mum.

“I would love her to play rugby league, but I will allow her to play whatever sport she chooses, but I do think rugby league might have some sway ... there’s always a footy around the house, she already recognises the team badges and loves going to training," Hoepper said.

In the crowd on Friday night at North Sydney Oval will be Havana, along with Jenni-Sue’s partner and her number one fan, her mum. 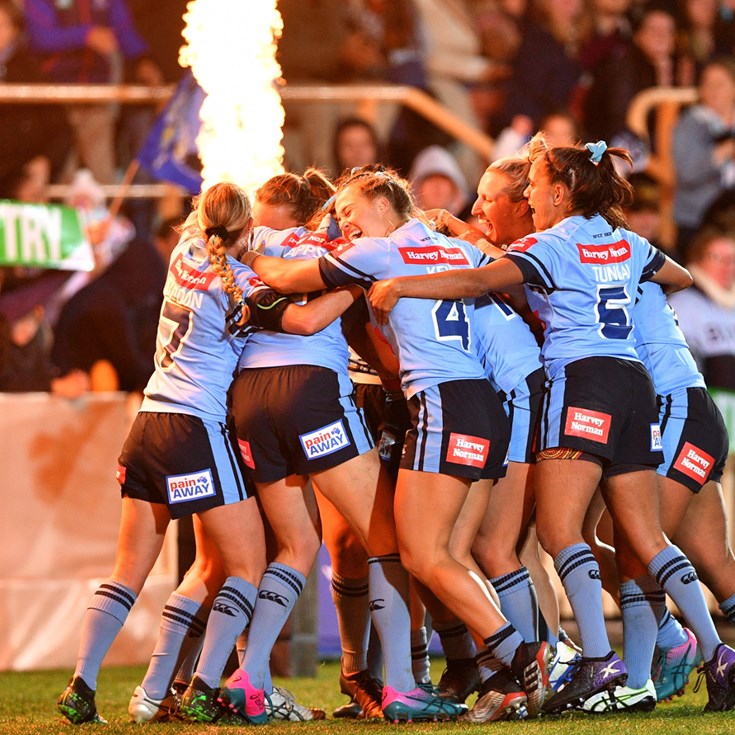 Tungai keen to build combination with Studdon at Dragons

Kelly back and ready to go