In-form Eels centre Michael Jennings has been ruled out of the Mate Ma'a Tonga team to face New Zealand on Saturday due to a knee injury.

As the Tongan team cut their squad to 19 on Monday, the loss of Jennings was the biggest blow.

The forced withdrawal of the 31-year-old who has played 10 Tests for Tonga and seven for Australia leaves Solomone Kata (Warriors) and Kotoni Staggs (Broncos) as the logical choices to play in the centres in Auckland on Saturday.

"It is a shame to lose Michael because he has really been playing well for Parramatta," Mate Ma'a Tonga coach Kristian Woolf said.

"He has also brought wonderful experience to our side through the 2017 World Cup and in Tests last year.

"But we have some quality centres in our squad in Solomone Kata and Kotoni Staggs, so I know we can fill the hole left by Michael's injury."

Jennings' brother Robert and Gold Coast prop Moeaki Fotuaika were the other players omitted as the squad was cut from 22 to 19. The Titans on Monday announced that Fotuaika has a wrist injury.

The 17-man squad that will contest the Test will be named on Tuesday.

Tonga will also await the fate of prop Andrew Fifita at the NRL judiciary when he attempts to have a dangerous contact charge downgraded.

If unsuccessful, Fifita will miss the Test and the next two Sharks matches. 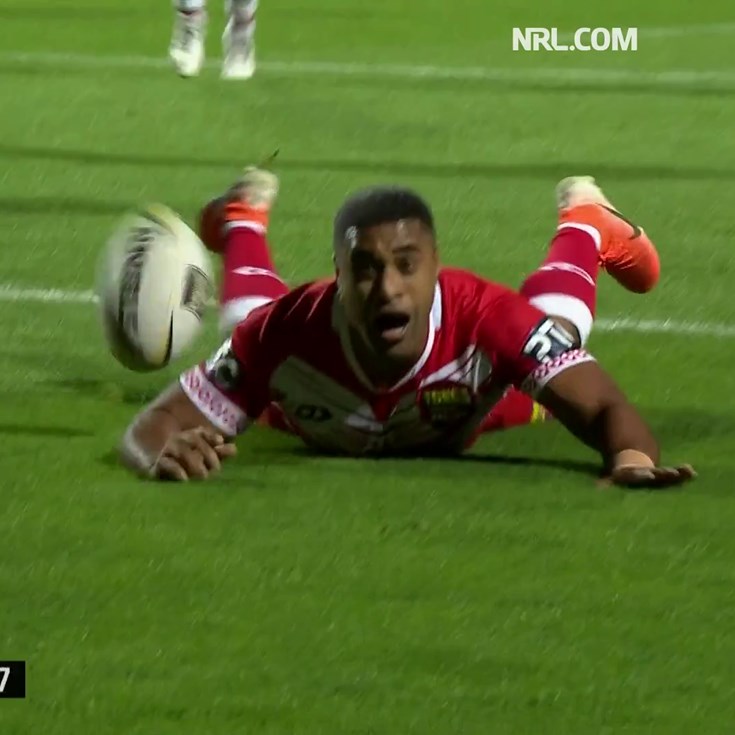