Need some help on who to watch in the women's Holden State of Origin?

Of the 34 players who will line up in Friday night's clash at North Sydney Oval, 19 are back from last year's inaugural event, while four return to the fold after making their state debut previously.

A total of 11 debutants from both sides will take the field - seven for reigning champions NSW and four for Queensland.

NRL.com has picked out four players from each side who could help dictate the result.

The reigning Nellie Doherty medallist and 2018 Golden Boot recipient needs no introduction to Friday night's clash. Kelly sets the bar for athletes in the backline to aspire to and is a constant threat with her speed and ability out of dummy-half and on the edge.

The St George Illawarra representative missed selection in last year's side despite strong form, but gets her chance this season. The fast-finishing winger is one of the best young players in the game and has the smarts to match her creative instincts. The 22-year-old scored six tries at the Harvey Norman National Championships in June.

Where Women's Origin will be won and lost

A big game from Kezie Apps in the back-row will go a long way to Blues victory on Friday night. The edge runner had a quieter than usual performance in last year's inaugural clash and is ready to make her mark with a fit bill of health. Add a blossoming combination with Kirra Dibb on the left edge and the captaincy to her name, the timing for Apps is perfect to get back to her best.

One of the smallest forwards to move into the lock position, former W-League player Hannah Southwell has excelled in the past 12 months to earn a spot in the starting side. Originally picked for the Blues in a debut game off the bench last year, the 20-year-old is out to make the No.13 jersey her own. Her work with Simaima Taufa around the ruck will be crucial to the Blues controlling Queensland's forward pack.

The heart and soul of the Queensland team with plenty of responsibility on her shoulders to help get the team over the line. Brigginshaw was made Maroons captain by Jason Hetherington this year and that alone shows the respect she commands from teammates and opponents alike. Brigginshaw needs to fire in the halves for the entire 60 minutes if Queensland are going to prevail.

It's hard not to get excited at the ability Stephanie Mooka possesses even by just watching a few games. Her physical presence and competitiveness is what's required at Origin level and the Cairns product doesn't seem like one to hold back on a big occasion. She'll be on debut, but with some big match experience in other codes, she's unlikely to be overawed by what Friday night's clash will bring.

The veteran Maroons forward would most likely be flattered to be mentioned as an X-Factor in the line-up at the ripe old age of 37 but that's exactly what Stephanie Hancock is to this Maroons team. If the no-nonsense prop can fire up the Queensland pack and churn out the work rate to match, it'll be hard to see the Blues control the engine room. In what could be the final Origin game of her career, Hancock could be the spark in the middle with the game on the line.

Her personal performance probably went unnoticed amidst all the commotion after the Blues won in 2018 but there was no questioning Brittany Breayley's stance as one of the most underrated in the game with 45 tackles and a 98% tackle efficiency rate in last year's clash. Breayley probably wasn't at her attacking best given all her defensive workload but she'll have a say at some point in the clash on Friday night. 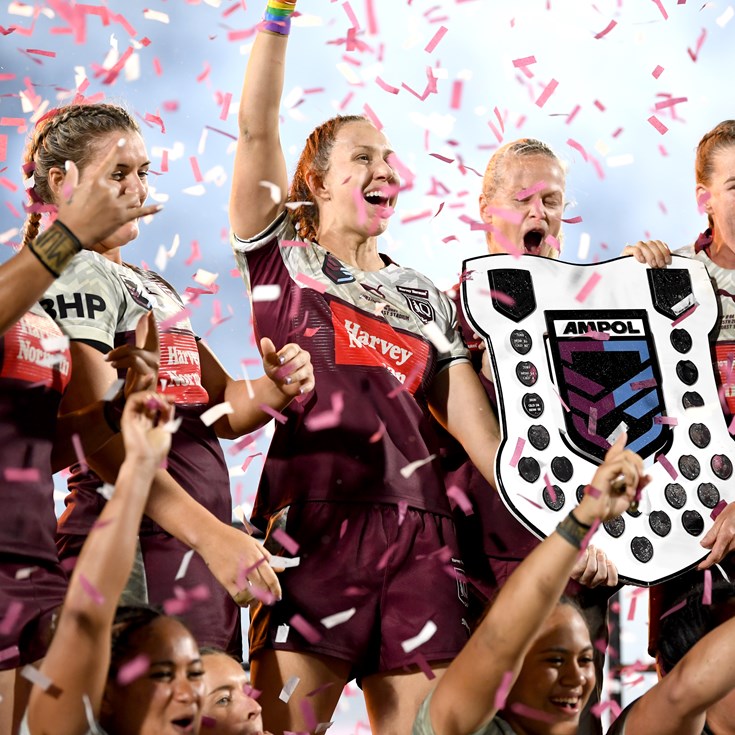