I was blown away by how effective Brad Fittler's new team and new game plan were in Origin II.

As we look ahead to a decider, Queensland are now aware of how the Blues will be looking to get them. The Maroons now know what the plans are.

I wrote last week that there was definitely method behind the apparent madness of Freddy's raft of changes and while that proved true I didn't see that score-line coming. I'm not sure Freddy would have either.

They added a ton of experience and a whole heap of size and point-scoring ability to the backline.

The class and touch of Wade Graham proved invaluable as he was called on in the halves once Nathan Cleary was hurt while fears over whether Daniel Saifiti could handle Origin proved unfounded as he did exactly the job that was asked of him.

I think people got a bit distracted by how many changes there were rather than looking at the fact Freddy picked a really high-quality team and the reasoning behind the changes probably became obvious the longer the week went on.

I was at the game and what I really noticed was how well NSW co-operated in all the little moments, how much they seemed to trust each other – for example when Tom Trbojevic went roaming without leaving anyone else short.

Because they were generating tries right across the field Queensland couldn't just heap pressure on the halves.

On the whole, it seemed like NSW were determined to out-compete Queensland in all the little effort areas. Queensland thought they could throw the ball around and just find a way to win.

If Nathan Cleary doesn't play I'd be looking at Mitchell Pearce. He's the form half in NSW at the moment. He's played with Maloney before – they won a premiership together at the Roosters.

I've heard people suggest they just leave Wade Graham there given how well he played at five-eighth in the second half but there are a few problems with this.

First of all, yes Graham was brilliant but the Blues were well on the front foot by then and with only one genuine half it would be easier for Queensland to target Maloney.

And what happens if Maloney gets hurt? Unless you pick a new playmaker as your bench utility you'd have to probably move Jack Wighton to halfback and someone like Boyd Cordner to centre which seems an unnecessary gamble.

Tedesco talks us through his incredible flick pass

The other thing is just how valuable Graham is on the bench. I like him coming on fresh, taking the skill to another level and upping the tempo.

We saw in game two, he came on for Cordner in the first half when Boyd went for an HIA then he came back after Cleary rolled his ankle and played outstanding at five-eighth.

The other option would be to move Jack Wighton to five-eighth and recalling Latrell Mitchell but I really liked Wighton's game in the centres. He brought plenty of energy and adds another kicking option on that left edge.

He took an early kick in game two just as a wake-up call to Queensland to let Kalyn Ponga know he couldn't be sure where the kicks would be coming from.

He's a big body who can ball play down that short side. There's no way I'd be moving him after his performance.

There is talk David Klemmer could be available too which would present a really tough decision because I don't know which of those forwards you could leave out.

Jake pinches himself after magical night with brother Tom

The team combined really well and I don't know if you'd upset that.

Klemmer was very good in game one and would have been one of the first players picked for game two if fit. It just depends on how he would slot into the new game plan. We played mobile footy which got us across the line and the rotation between Saifiti and Paul Vaughan worked really well.

If he came back it would probably have to be for Saifiti but it's a really tough call.

As for Queensland, I'm not too sure where they go from here. Their defence stopped racing off the line which allowed NSW to do what they wanted.

They obviously got a bit tired from having to do so much defence but it was also tough for them to pressure the line because NSW had so many different points of attack.

A big problem was there was no intimidation from their pack like last time which they'll look at and their execution in their ball movement lacked intent. They looked a bit lost under pressure.

They really missed Jai Arrow and Joe Ofahengaue so I'd expect a couple of changes there. Ofahengaue will apparently be available but Arrow won't. They could look to a guy like Christian Welch to come in too.

Dylan Napa, Jarrod Wallace and Tim Glasby all struggled to get much going once they were on the back foot so Kevin Walters would be looking at those three if he was going to make changes.

The Blues got into Ponga early as well. He's still a young guy, it's his first real Origin series, there is some inexperience there to exploit and NSW got him a bit in that game.

He showed some moments of his skill but some of his decisions were a bit off. NSW didn't get bamboozled by his flamboyance. He'll bounce back and I'm tipping Cameron Munster and Daly Cherry-Evans to have bigger games.

NSW had a completely different game plan to game one and it worked but they have shown their hand now.

After game one, Freddy would have looked at how Queensland played and made changes based around combating that. That is what Queensland will do now they know what the Blues' plan is so I'm expecting a closer game in the decider. 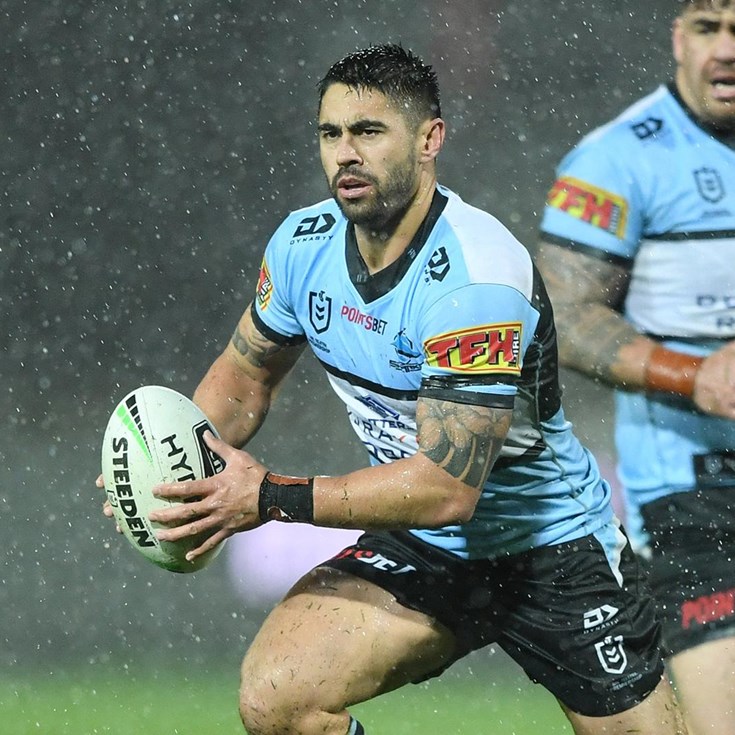 The fundamentals of wet-weather footy

Team of the Week: Round 13 - Panthers, Ponga, Proctor peak