With the June 30 deadline fast approaching, the NRL silly season is expected to go into overdrive during the next few days.

There's a suggestion Matt Lodge has three days left to decide his future, with a provision in his Brisbane contract to trigger a new deal at the Broncos for 2020 if he doesn't make a decision by June 30.

The Broncos wouldn't confirm it, but regardless there is definitely an appetite from all clubs involved to wrap things up by the end of the week.

Lodge is weighing up a huge deal from the New Zealand Warriors, while the Parramatta Eels insist their offer still stands despite recent reports they've pulled out of the race.

The expected departure of Jaydn Su'A to South Sydney, as reported by NRL.com on Tuesday, has given the Broncos an opportunity to top-up their offer to Lodge after a late push from the Warriors to sign the 24-year-old. Brisbane and South Sydney are yet to make official announcements on Su'A.

The options are simple for Lodge. Sign with the Eels and return home to Sydney to be around family. Sign with the Warriors, who are believed to have offered the biggest contract, and allow his partner to be around her father (Warriors recruitment manager Peter O'Sullivan).

Or remain loyal to the club that gave him an opportunity to resurrect his career and start a new life.

Meanwhile, the Tyrone Peachey move to the Penrith Panthers before June 30 isn't dead just yet.

While Penrith had gone cold on the idea, NRL.com understands the Titans have reached out during the past 24 hours to gauge the Panthers' interest in Peachey following Waqa Blake's release.

The release of Blake and Dallin Watene-Zelezniak during the past few weeks has eased any salary cap pressure Penrith may have been under for 2020.

Penrith have chipped in some money for both players to leave, however fears of not being salary cap compliant in 2020 have since been eased.

The club hinted as much in the statement it made after Blake's release on Wednesday, declaring "it will assist the management of our salary cap moving forward".

Penrith has decided against actively pursuing Peachey because they didn't want to spend the money he is currently on at the Titans.

They are interested in Peachey, but only at the right price. The Titans know how much Penrith want to spend. How much the Titans are willing to pitch in will determine if he is a Panther in the coming days.

Mal Meninga was in Perth last week with a few of his Kangaroos staff members.

Meninga, who is keen to try and identify and develop leaders in the national side given the experience that has been lost in the past few years, met the likes of Boyd Cordner, James Tedesco and Daly Cherry-Evans.

He was also keeping an eye on some of the players who he has earmarked as future Kangaroos, like Josh Addo-Carr, Kalyn Ponga and Cameron Murray.

The Kangaroos have a big couple of years ahead, with Tests against New Zealand and Tonga at the end of the year, as well as the first World Cup Nines tournament.

The Australians could have the most exciting backline in the tournament, with Kalyn Ponga, James Tedesco, Cameron Munster, Tom Trbojevic and Josh Addo-Carr likely to be the first players picked.

Meninga is also planning for next year's Kangaroo Tour, which includes three Tests against England. Australia are also planning on matches against Super League clubs and other nations in preparation for the 2021 World Cup in England.

While in Perth, Meninga also reached out to premiership-winning West Coast Eagles coach Adam Simpson, who provided the Aussie coach and his entourage with a unique game-day experience at Optus Stadium against Essendon last Thursday.

Meninga has a lot of respect for Simpson after his feats winning the flag with the Eagles last year, meeting up with the coach before the game.

Simpson introduced Meninga to his players, but the rugby league Immortal needed no introduction such was his reputation amongst the AFL players.

Meninga sat in on Simpson's pre-game talk to the players and got the opportunity to watch them warm up, a rather different experience compared to the NRL.

Benji Marshall is undecided whether he wants to hang up the boots at the end of the year, however his form to start the year indicates he is capable of playing what would be his 18th season in the top grade.

It's unclear what his potential contract extension would mean for Josh Reynolds, who still has two and a half years to run on his deal with the Tigers.

Tigers chief executive Justin Pascoe told NRL.com on Wednesday that the club was in no rush to force Marshall, or Robbie Farah for that matter, into a decision.

However the longer Marshall waits, the longer Reynolds is unclear about his future. You wouldn't blame Reynolds if he wanted to find a new home in 2020 if he is asked to play second-fiddle to Marshall again.

Interestingly, in an interview at the start of the season, Marshall vowed not to make a decision on his future until after the final game of the year.

"I will wait until the end of the season," Marshall told NRL.com earlier in the year.

"Because I like to take time to think about it after the season and reassess whether I'm still up to it. Should I give it away or not? Is now a good time? I don't want to say this is going to be my last year. It's very hard for me to say I'm going to retire without actually having time to think about it. Can I do more? Am I happy with what I've just done this year? Is there more left in me or is that it?

"That might change closer to the end of the season, I don't know. They might turn around and say to me you've had it. It is going to be what is. I'm going to play each game as if it's my last and just enjoy it. If that takes me into retirement at the end of the year, it does. If it doesn't, we'll see what happens."

Aaron Woods has been named on an extended bench for Cronulla's clash with the Bulldogs on Sunday afternoon.

Woods hasn't played since injuring his foot against the Eels in round four, and will have to pass a fitness test on Thursday night to prove he is ready to return.

Woods and his partner Sarah welcomed their first child into the world earlier in the month, Buster Bruce Woods.

Brad Fittler was always desperate to get Tom Trbojevic into his team once he was fully fit, and the Manly fullback showed why with a five-star performance in game two.

However when the pair met to discuss Origin before his return, Fittler wasn't entirely happy with what he saw.

"He had a crack at me," Trbojevic said. "He said I was too skinny and needed to bulk up."

David Klemmer is expected to be given the all clear for Newcastle this weekend to return and push his case for Blues selection. Klemmer broke his wrist in game one but has trained strongly all week and is tipped to line up against the Broncos on Saturday night.

The NRL noticed a massive spike in ticket sales for game three at about half-time of game two as the Blues went into the break in cruise control. The NRL has sold more than 10,000 tickets for game three in the past few days, with a near capacity crowd expected at ANZ Stadium on July 10 for the decider. Tickets are available at nrl.com/tickets.

There are fears Ben Matulino's knee injury, which has ruled him out of Thursday night's clash with South Sydney, may be worse than originally suspected.

Matulino has had chronic knee issues and there's every chance he misses in excess of a month as he battles to get back on the field.

Russell Packer, who was dropped to NSW Canterbury Cup earlier in the year, is back running and may be available for selection as early as next week.

The Tigers have two spots left on their roster for this year, with young gun Tommy Talau, the 19-year-old son of former Bulldogs centre Willie Talau, likely to be upgraded into the Tigers' top 30. 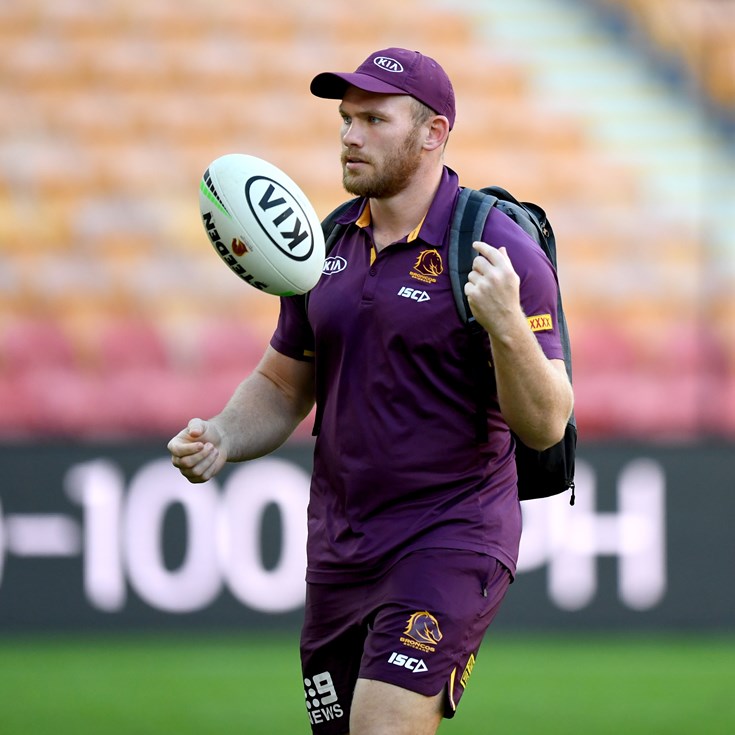 Seibold holds no fears for job despite fifth straight loss

The truth about Bennett's involvement in four-year Darius deal