Penrith under-20s playmaker Matt Burton has starred with two tries to help guide NSW to a crushing 36-10 victory over Queensland in the Origin curtain-raiser at ANZ Stadium on Wednesday evening.

NSW led the Maroons 16-4 at the break in a fairly even contest despite the scoreline suggesting otherwise, until the Blues ran away in the second half with a further three tries to Matt Croker, Ky Rodwell and Ethan Parry.

Roosters hooker Sam Verrills proved a constant threat out of dummy half and also defended strongly around the ruck in a solid display.

Burton got the Blues on the board in the ninth minute when he chased his own grubber and pounced on the loose ball after a mistake in-goal by the Maroons.

The Maroons hit back through fullback Ronaldo Mulitalo, who weaved his way past Stephen Crichton to plant the ball down in the corner.

Burton, who collected man of the match honours, had his double after 23 minutes and the Blues had all the momentum.

Queensland had started well enough and knocked back the chance for an early penalty goal to go in search of a try but they were denied by a gallant Blues defensive line.

The visitors struggled to gain any momentum back once the Blues got on a roll.

On the back of Burton's second try the Blues extended their lead before halftime when Verrills stayed on his feet before placing a well-timed kick for captain Teig Wilton to dive on in-goal.

An error from Maroons winger Treymain Spry saw both sides resume hostilities as the Blues edged further ahead via a penalty goal stretching the lead out to 18-4.

Burton breaks through and sets up Croker

Tries to Croker and Rodwell in the space of four minutes ensured the Blues would have a comfortable final 18 minutes on home turf as they avenged last year's 30-12 loss at Suncorp Stadium.

Queensland fought back with a consolation try on the stroke of fulltime through Cowboys product Murray Taulagi but the Mark O'Meley-coached Blues had the game well and truly in hand by that stage. 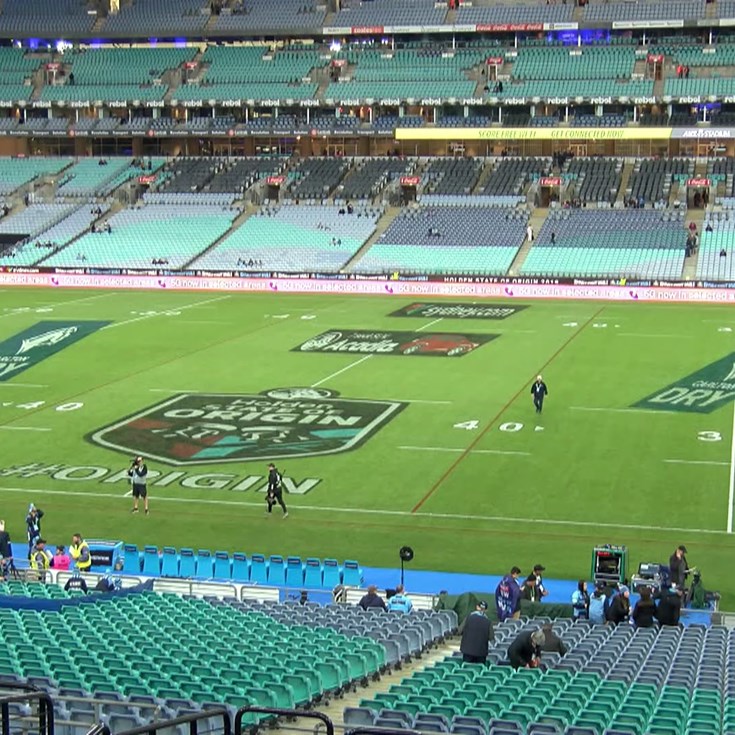