Dale Finucane's 11-year rise to an Origin decider started in earnest in a Wollongong carpark, Knights pillow under his arm and a lump in his throat.

Leaving behind squirrel-grabbing senior opponents of bush footy for an NRL career of the highest calibre, yet increasingly filled with the fear he might be left behind by the Blues.

Despite being 'made' for Origin. Despite the one-on-one bash up sessions with David Klemmer, Finucane putting his hand up when the eyes of his old Bulldogs' teammates found the floor.

Long held in the highest esteem by Craig Bellamy. Peter Mulholland. Michael Ennis among ample others. And now at last, when plenty around Finucane feared it might never happen, but never the man himself, by the NSW hierarchy.

'Grabbing on the gonads, forearms to the face'

Finucane landed on rugby league's radar while still popping L-plates on the family car down on NSW's Far South Coast.

Canberra and the Dragons had little interest in the 16-year-old out of Bega.

But Bulldogs talent scout Mulholland moved quick with a $5000 offer plus Finucane's school fees on top when he shifted to Sydney.

The fine folk of Group 16's first grade fraternity ensured the young Bega Roosters five-eighth was well-versed in what awaited in the big smoke.

"They helped get me ready for sure," Finucane grins.

"In country footy there's plenty of older guys who are happy to knock you down a peg or try and rattle you with questionable tactics.

"Grabbing on the gonads, forearms to the face with the big Mal Meninga-style guards, all those sort of things.

"Neil Baker from Eden, he took a special liking to me. I still remember his name and the roughing up he gave me to welcome me to first grade."

Tears followed in the ensuing family farewell, as Finucane moved in with manager Andrew Purcell and began his rise through the ranks at Belmore.

"I remember him turning up in Wollongong with his backs packed, everyone with him and his mother crying, saying 'you can't go'," Purcell recalls.

"And him crying saying 'I've got to go'. I've long said I wish I had 1000 kids like Dale Finucane, everything about him is just the good things about rugby league.

"His character underpins everything. People say 'tough as nails, professional, trains the way he plays'. Well that's all character, and that's what Dale is."

Off the leash at Belmore

Bye weeks would be the worst.

As part of a rough and tumble Belmore rat pack including Finucane, his housemate Josh Jackson, Klemmer and Marty Taupau among others, the Bulldogs' next generation would leave senior teammates shaking their heads.

From a safe distance.

"Dale and Klem used to just go at each other at training," former teammate Ennis says.

"They just loved the collision, the physicality.

"Those middle-of-the-year bye weeks, when there wasn't a game to be had and they couldn't let out their aggression.

"You could section off a part of the training field and just let Klem and Dale rip into each other, blow off some steam for 15 minutes and then bring them back to the group."

Finucane was the first to enjoy a grand final among the Canterbury pups, coming off the bench in the 2012 loss to Melbourne.

Klemmer and Jackson joined him in the blue and white 17 for the decider against South Sydney two years later.

But with limited opportunities to be found in one of the heaviest forward packs in rugby league history, Finucane made the shift south.

"For Dale I just always hoped that someone would appreciate how important he is to a footy side," Ennis says.

"You see that with Craig Bellamy, he'd never let Dale go. Melbourne understood immediately what he brings – a wonderful work ethic, a great person and an extremely hard working guy that wants to get better no matter what.

"When he became available at Canterbury, I was trying to do everything I could to get Cronulla to sign him.

"I knew how valuable he was. But within half an hour Shane Flanagan came back saying 'Bellamy's already pinched him'."

'We were disillusioned more than once'

Finucane's arrival at Melbourne has been well charted.

Having chased him as a 20-year-old and been so impressed by his personal phone call to tell them 'thanks, but no thanks', Storm management vowed to sign him on the spot should Finucane ever land on the market again.

Football manager Frank Ponissi didn't even need a meeting when that chance came in 2014.

Finucane's steady rise as one of the game's most consistent middle forwards followed, along with three more grand finals and a cherished premiership ring in 2017.

From the outset Bellamy spruiked his No.13 as custom-built for Origin.

Queenslanders quietly offered the all-too helpful opinion over the next four years; if he was born north of the Tweed, Finucane would be in Maroon by now.

"I always announce who's playing in those rep teams," Ponissi says.

"And I'd be looking for his name and never see it. More than once we were disillusioned come selection time.

"There was anger at times. We couldn't work out for the life of us why he wasn't getting looked at.

"With due respect there's a lot of outstanding back-rowers but hearing from coaches after having him in camp, that he's the ultimate pro and he's made for Origin, we've known that all along."

When Newcastle came calling in 2016 with a lucrative offer, and promises of more minutes and a leadership role, Melbourne were privately concerned that Finucane's near-Origin misses could lure him back closer to the Sydney-bubble.

"The Origin thing, at times it can be a little bit of 'out of sight, out of mind' in Melbourne," Ponissi says.

"We did wonder if that was a selling point for Newcastle, along with having a great lifestyle to sell and being a club on the rise."

They needn't have worried. Because Finucane didn't.

While Melbourne remained flabbergastered at Finucane's Origin absence, they never saw the same concern in him.

One game at Belmore, against his old Bulldogs teammates, Finucane was informed he had missed Blues selection once more and was then knocked out five minutes into the contest.

"You wouldn't have known it," Ponissi remembers.

"He didn't kick stones. He sat on the bench the entire game, encouraging his teammates. That's just Dale Finucane."

"I couldn't think it had passed me by," Finucane says.

"I always had the thinking, if I was playing well then I could get a call-up. That was always the hope.

"If I ever switched that mindset, thought 'I'm 27, it's getting too hard', if I ever thought it was time to forget about it, then it actually would be.

"… Same with the Melbourne 'out of sight, out of mind' theory.

"It may have entered my mind at one point, but looking around at all the Queensland boys at the Storm, all those quality rep players we have it knocked it on the head pretty quickly.

"Looking at things that way doesn't help either, it'd be a form of feeling sorry for myself so it never really came up too much for me."

When Ponissi finally got the good news a week out from Origin II, and duly passed it on, Finucane wasn't quite ready.

A mad dash to the Storm's training digs at AAMI Park to collect boots, mouth guards and gear ensued before Finucane flew from Melbourne to join his new Blues teammates.

"Some guys do have to wait, it takes time to get that opportunity," Ennis says.

"But when they get in there, they're just never let go. That's the type of player Dale is and it wouldn't surprise me at all if he's there for a number of years now."

And putting it best is Purcell, who has been with him from that Wollongong carpark over a decade ago. 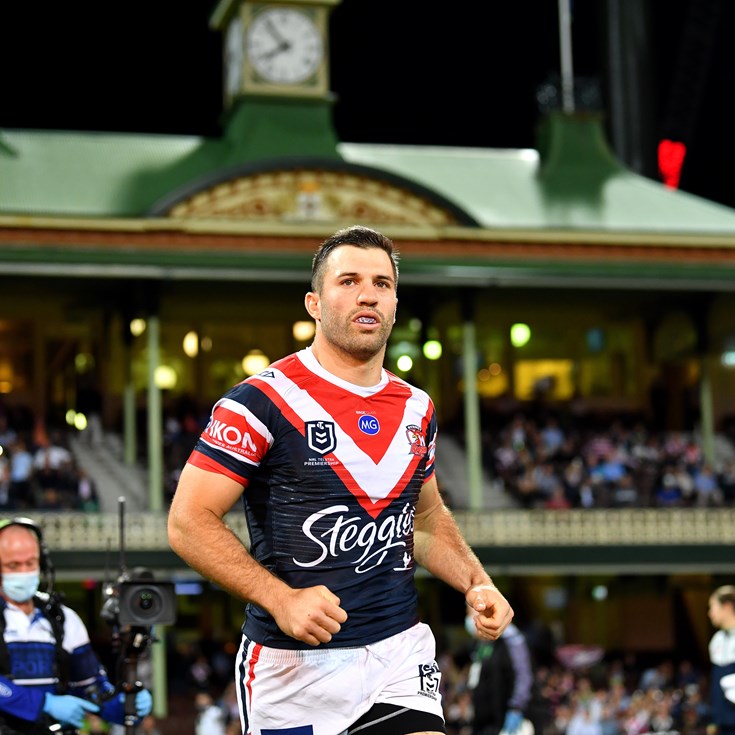