After starring in the Queensland No.1 jersey on Wednesday night, Storm five-eighth Cameron Munster threw his hands up in the air and said "play me anywhere".

"I just love playing footy, mate – love playing with my mates; love playing for Storm; and especially for this great Queensland state," Munster said in the Maroons sheds at ANZ Stadium after NSW claimed the 2019 Holden State of Origin series.

Against the Blues, he had made 111 metres by half-time and finished with 19 runs for 185 metres and seven tackle breaks – as a fullback.

Whenever he had the ball in hand he had the NSW defenders on tenterhooks.

His first outing as Maroons No.1 had its moments and ended with some self-examination after full-time.

"The lungs were really hurting there at one stage. I was very happy with the way I played," Munster said.

"Coming off the field ... and losing ... I keep thinking I could have done more.

"That's something I always seem to think about after a loss. 'Could I have done more?' It's something I really hate about myself because I want to be the player that leaves everything out on the field.

"I feel like I did that tonight – but with the loss, I'm questioning myself again.

"I'll go back to clubland now and try to play some good footy for Storm."

And we are back to the original questions. Should Storm play Munster at No.6 or No.1?

"It's a tough one. We've got some really good players coming through the Storm like Ryan Papenhuyzen, Jahrome Hughes and they're doing a really good job at the back there," Munster said.

"We've got a couple of No.6s in there like Billy Walters so there's some good options there.

"Whatever is best for the team, I'll do."

The question might be answered for the rest of the regular Telstra Premiership season, but Queensland fans will love the debate in 12 months time of which number should be on Munster's jersey.

"We've got Kalyn coming back, which will be another plus, another boost for us. If Kevvie decides to pick me again [in 2020] we'll just  go from there." 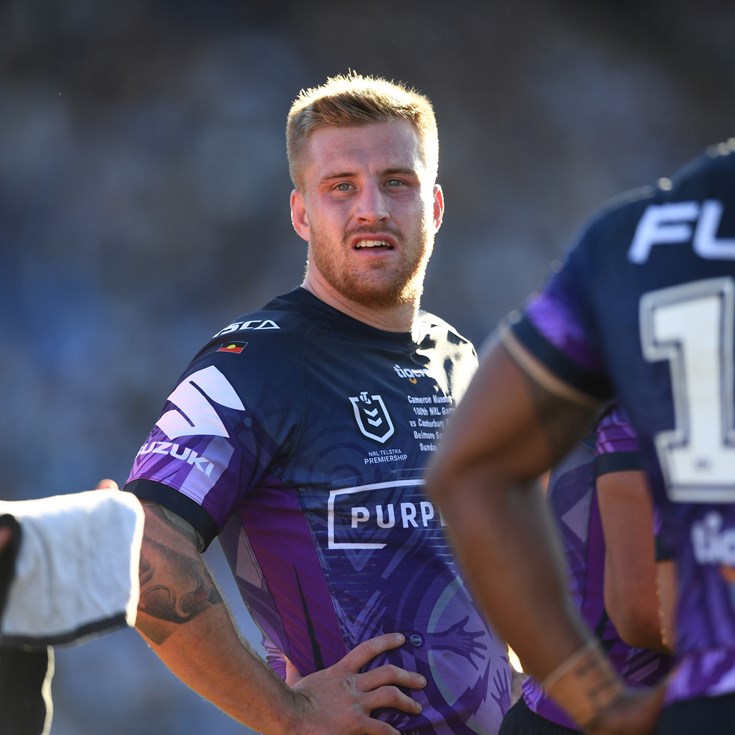