Lebanon international Josh Mansour has indicated the nation is likely to withdraw from the inaugural Downer World Nines tournament in October as talks with the governing body continue to stall.

Mansour was sanctioned by the Lebanon Rugby League International Federation, along with 16 other Cedars teammates including NRL stars Robbie Farah, Mitchell Moses and Tim Mannah, for the squad's behaviour during the rep weekend after covering the emblem in the lead-up to the Test against Fiji.

Lebanon players are after a fair go for all local players competing in the country from grassroots to senior level after Mansour declared basic needs weren't being met.

The Cedars were one of 12 nations named by the RLIF to compete at the end-of- season tournament but Mansour indicated at this stage it's unlikely he'll be playing.

"If it comes down to boycotting and not playing in the World Nines then I'm sorry but I will stand aside for that. At the moment we won't be playing, we're all suspended which is ridiculous.

"As players we don't feel like we're being fairly treated domestically and overseas. We've got players in Lebanon paying for full registration and getting old gear in return, just little things like that. That's just scratching the surface.

"It's disappointing to have to come into this mess but I have a lot of faith in what Lebanon can achieve in years to come. We're in a battle at the moment and hopefully there can be a resolution."

Mansour missed the side's loss to Fiji due to injury but was still banned from playing for his country again until he fronts a misconduct panel.

The Panthers flyer fears most for those Cedars players coming through the system with the most recent Test match experience leaving some with conflicting decisions around whether to follow suit with senior players or accept the board's decisions.

"We had a lot of young guys and that Test was an audition for a lot of them to put themselves in front of selectors and we all understood and get that," Mansour said.

"I understand how they were hesitant to want to cover their emblem, a lot of them are young and inexperienced, especially with the Federation using big words and scare tactics.

"There are a lot of young guys coming through and it would be sad to see it all come to an end. We want what's best for Lebanon, we're not after greed or money.

"We're getting held back and not getting fair rights. Our end goal is to get a fair vote and get good, legitimate honest people on our board and right now we don't have that.

"Until we get that resolution we've got to keep up the fight."

Further discussions from all parties are expected to continue this month. 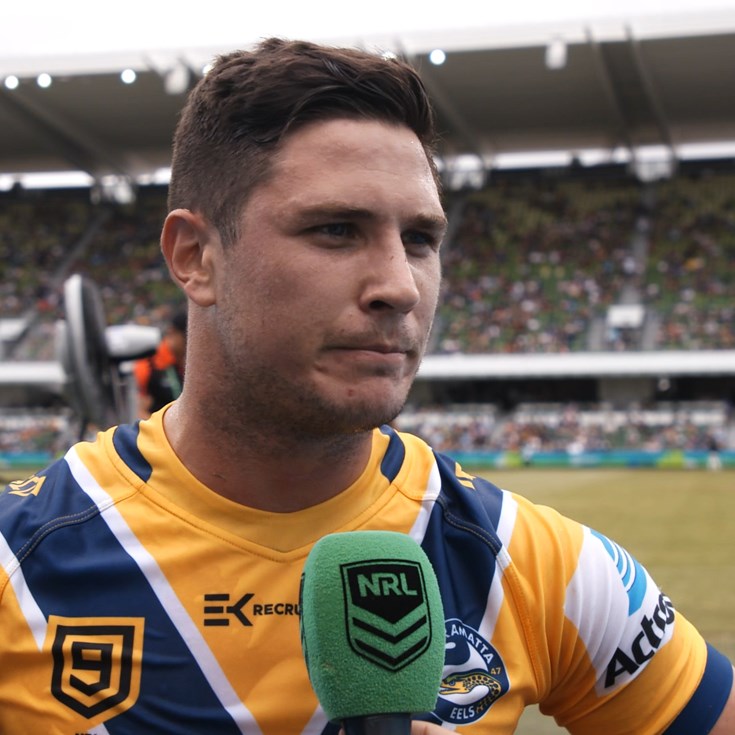 Confident Mansour to bounce back after 'rock bottom' year