Penrith's Dylan Edwards has credited advice and breathing techniques from a gold-medal winning Olympic swimming coach for his bounce back from two horror weeks in which 10 handling errors put his career in jeopardy.

Edwards has been at fullback throughout Penrith's seven-game winning run after a three-week reserve grade stint in April.

As Penrith's disastrous start to 2019 continued the 23-year-old was among several players linked to an early exit to ease salary cap pressure at the club.

But along with Ivan Cleary's coaching staff, performance guru Bill Nelson has helped build Edwards back up toward his running best at the back for Penrith.

Nelson has worked with Cleary during his first stint at the Panthers and Tigers, having previously mentored champion swimmers Kieren Perkins and Daniel Kowalski during their prime in the 90s before starting his own consultancy company.

"I spoke to him about getting your head right and breathing through it when you make mistakes," Edwards told NRL.com.

"Going through your little things and keeping your head up, not panicking when things are going wrong. That was through Penrith, he liaises with the club a bit.

"[He's] not a sports psychologist, he’s been around the game for a long time so he has that footy background that makes it easier to relate to, he was very helpful and of course the coaching staff are always there as a sounding board."

With Edwards still stuck in reserve grade in early May, the Bellingen junior had appeared likely to end up elsewhere despite being contracted until the end of 2020.

But as Dallin Watene-Zelezniak (Bulldogs) and then Waqa Blake (Eels) departed, Edwards says he wasn't fazed by similar headlines thanks to his trust in Cleary.

"We had a talk as a club when those headlines started going around," Edwards said.

"I always figured if there was something like that going on with you as an individual, then the coach tells you.

"You trust them that it won't come out through the media and that they'll have a chat with you first.

"I never really paid attention to that stuff because I never heard anything from the coach. So nothing like that crossed my mind.

"I understand stuff like that happens in footy all the time. It is what it is but I didn't need to go to Ivan to sort anything like that out."

How Ricky Stuart turned Raiders into a contender

Edwards still holds an unwanted pole position for most handling errors this season with 25 in 13 games, the 10 mistakes against the Storm and Tigers blowing his numbers out of the water.

But until a couple of jitters under the high ball last week against St George Illawarra, Edwards had gone three games without an error while averaging 180 running metres.

He will line up at fullback once more in Sunday's mouthwatering showdown with Canberra having come out the other side of his first NRL form slump.

"Reggies wasn't where I wanted to be, but it's where I needed to be to get my head right," Edwards said.

"I'm very grateful for how it's turned around.

"It's the first time I've confronted that kind of things, those kind of doubts. Ivan was good with me, the whole coaching staff was good.

"Everyone gets behind you in tough times here and that's how it went.

"My enthusiasm probably dropped a bit, and I'd say that goes hand-in-hand with your confidence. When you're down it can be hard to come bouncing in and running around.

"That's one thing I did have to pick up, my energy around the place because it can have a flow on effect.

"It's easy to forget your playing footy for a living and you're living your dream, that's what you stop and remember." 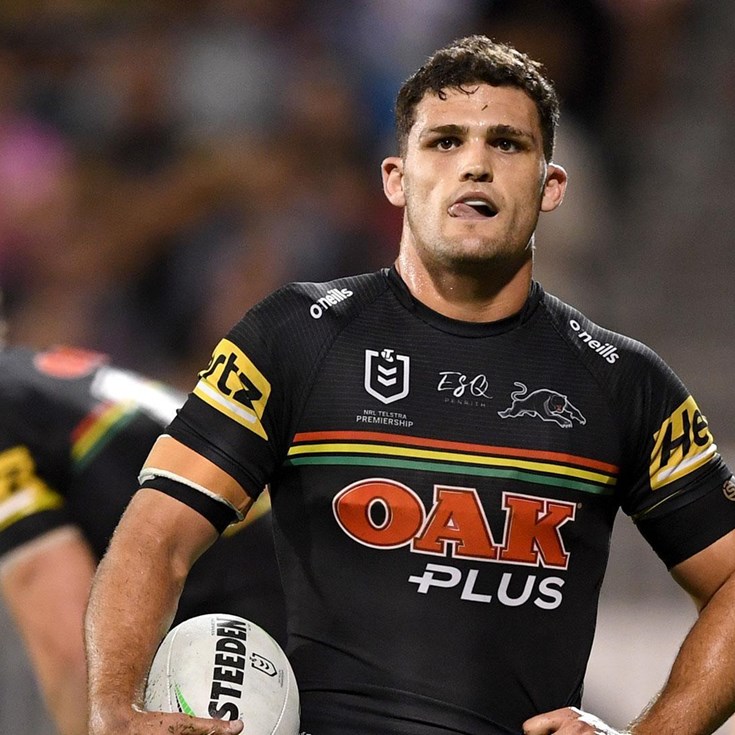