Rising Roosters star Joey Manu has begun extension talks with the premiers around a long-term deal to ensure he does not go to market on November 1.

The international pair, captain Jake Friend and props Jared Waerea-Hargreaves and Siosiua Taukeiaho are all off contract in 2020, while negotiations around new deals for Zane Tetevano (two to three years) and veteran Mitch Aubusson (one-year) continue.

NRL.com understands the Roosters and Mitchell's management will revisit extension talks before the end of the regular season, having put discussions on hold amid a drama-filled Origin period for the 22-year-old.

Manu meanwhile has done the same to focus on the final two months of the season, but plans to ink a new, upgraded Roosters deal once his 2019 campaign is wrapped up.

"We've started up those talks with the club," Manu told NRL.com.

"I want to be here, we started it up a while ago but I've since said I'm focusing on my footy and the end of the season which I think is best for everyone.

"I've given it a little bit of thought and have had a few chats with my manager, it is your future after all.

"I said I want to focus on this season and where we're heading.

"I'm happy here at the moment, it's a good crew, a good team and everyone wants to win. I love being in a winning team so we'll look after that stuff in the off-season and see what we can do there."

Having come through the Roosters' system alongside Mitchell, Manu has developed into one of the game's elite centres with his New Zealand Test debut following last year's premiership win.

Mitchell even declared Manu could be the best centre in the game after the pair squared off at international level last year.

The 23-year-old Kiwi's prowess was again on show in Sunday's 20-12 win over Canterbury, with Manu scoring a try and terrorising opposite number Kerrod Holland all afternoon.

Manu had around 40 family members flying in from the tiny town of Tokoroa and crashing at his Botany apartment in the lead-up to last year's grand final, a show of support the extended Manu clan are already preparing to repeat.

Manu expects even more family to invade his place should the Roosters go all the way again as plane tickets and floor space are already being booked up.

­­"Everyone came over and pushed me out of my own two-bedroom apartment," Manu grinned.

"I had to go stay at a hotel. It was crazy but it was fun and they've already booked their tickets to come over for the GF again.

"They're already talking it up, they're all trying to book rooms and floor space at my place again.

"I think there's going to be more [than last year]. Some of the family that didn't come they were a bit gutted when they saw all the videos and photos.

"So heaps of family missed out and now they're all getting in early in case we go that far this year."

Why the Men of League Foundation matters 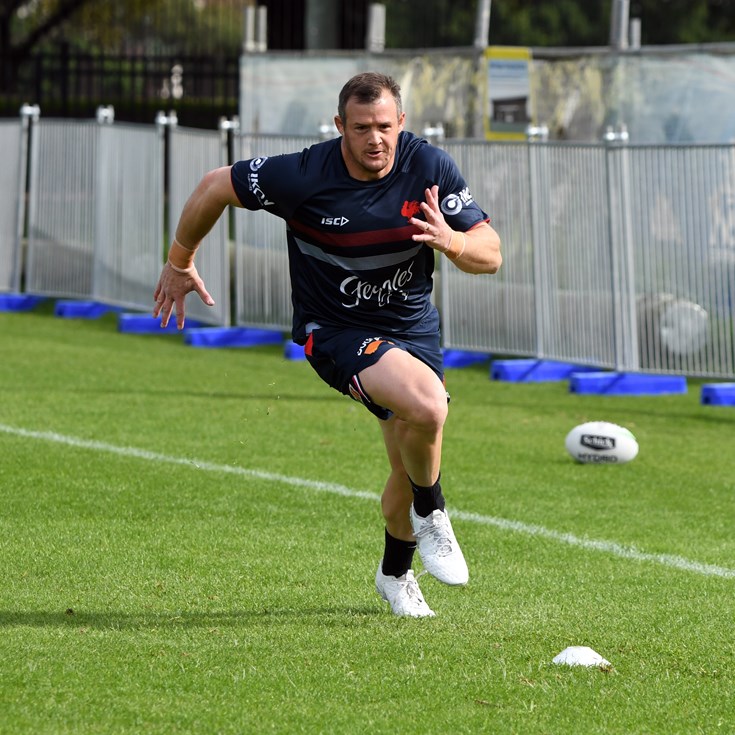 Morris feels for Sharks mates but focused on boosting Roosters

Morris signing to help Manu remain under the radar