Following on the success of the inaugural NRLW season, and the popularity of the Women's State of Origin, there will be two stand-alone matches played in the 2019 competition.

The Warriors round two game at Mt Smart Stadium on Sunday, September 22, will be a stand-alone fixture as will the round three game between the Dragons and Roosters at Leichhardt Oval the following weekend.

"I feel like it's such a good opportunity for women in rugby league," said 20-year-old Najvada George, who has signed on with the Dragons for her first NRLW season.

Kirra Dibb: celebrating the women at the heart of rugby league

"I'm very confident that people will come to watch our stand-alone games because they will want to support the fact women are getting their own match and not dove-tailing with the men.

"It's a small step but it's a perfect time now to showcase how we play, and what we can do."

The NRLW draw will not be done until the NRL club competition ends after round 25. Once the venues for the men's finals are known, that will also determine where the women's round one matches will be played.

But the move to have two stand-alone matches this September was a logical step, according to NRL general manager of the Women’s Elite Program,Tiffany Slater.

"On the back of another hugely successful Women’s State of Origin game, this evolution of the competition allows fans to have more women’s rugby league as its own event and more certainty around when and where games will be played," Slater said.

"Sydney fans can revel in the local derby between the Dragons and Roosters at a ground steeped in rugby league history in Leichhardt Oval, while the Warriors reduce their travel demands and can play in front of a home crowd for the first time when they host at Mt Smart Stadium."

George has reduced her travel as well moving from Melbourne, where she played with the Werribee Bears, so she could continue her rugby league career. She plays for the Wests Tigers in the Harvey Norman Women's Premiership.

She has no issue with swapping the black-and-gold for the Red V.

"It might be hard for some but not for me. I'm just really grateful they offered me a contract and I can see how far I go," she said.

Belinda Sharpe: celebrating the women at the heart of rugby league

"What I love about league is the heart of the girls. Some make big sacrifices but they do it because they've got big hearts and love the game."

George has already shown her potential. She started her sporting career in basketball when she was nine years-old. She crossed to rugby league while still living in Victoria and made the Prime Minister's XIII in 2018.

"I missed the NRLW competition last year. I'm very ready to give it a crack this year," said George, who made the NSW City side for the 2019 Harvey Norman National Championships in May on the Gold Coast.

There City's assistant coach Daniel Lacey, who is also Dragons women's head coach, talent-spotted the front-rower and coaxed her to the Dragons.

"He's a chilled guy, but always on top of where we need to be," George said, now that they are into the second week of pre-season. "All the girls are keen trainers so I'm really enjoying it."

Slater said defending NRLW champions Brisbane will feature in double-headers with men’s NRL finals matches, which means with Melbourne and Canberra currently in the top four, there's the potential to showcase the women’s game outside NRLW’s current footprint. 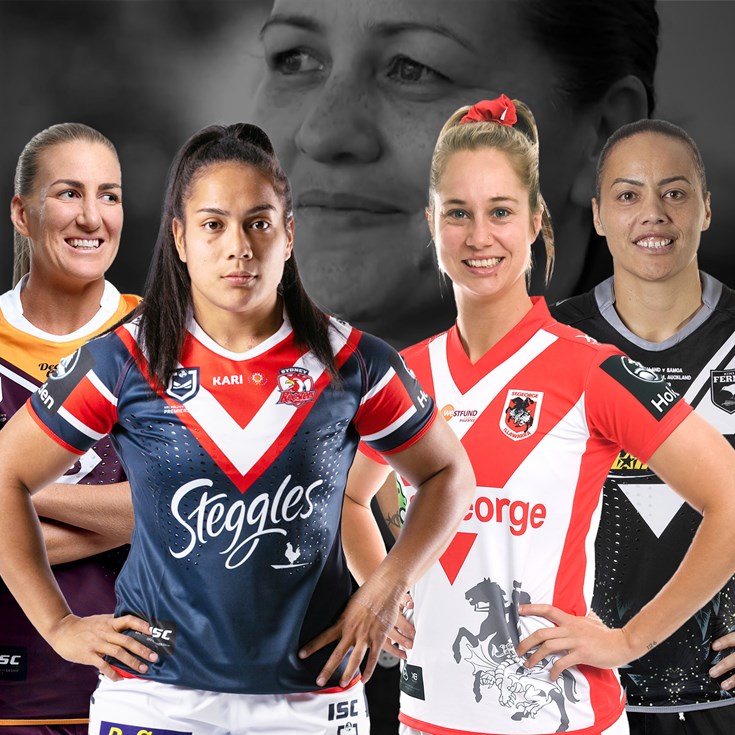