While my friends in high school had photos of David Cassidy or David Bowie on their bedroom walls, I had one of John Lang.

The Brisbane Easts forward in the No.12 jersey – the hooker's number in the 1970s – captured my imagination and my heart because of the size of his heart. The smaller bloke bringing down the bigger timber over and over again.

Later, when I adopted a Sydney team, I found Nathan Long's courage irresistible at the Sharks.

That's why I went to a fancy dress party, when I was 14, dressed as John Lang. When I went to a heroes partner last year as a 59-year-old I went as Nathan Long.

Women in League have a few men in league as our heroes.

For Yvonne Sampson, she was devoted to the gangly Broncos fullback Paul Hauff, followed closely by Allan “Alfie” Langer and Petero Civoniceva.

For Erin Molan, it was admiration for Alan Tongue and all he produced for the Raiders on the field, and bucket loads more off it.

We three women in league, want to share with you how some of the men in league captivated our attention and drew us deeper into the game's grasp - thankfully.

"I fell in love with rugby league firstly because of my father, Robert Sampson.

"He was a rusted-on Balmain fan and NSW supporter. Sitting in the lounge room with him I learned to cheer when a blood-thirsty Blocker Roach would charge the ball up, and when to nod approvingly as Benny Elias raked the ball out against the feed of a cesspit scrum in the late 80s.

"But that was before 1988, when my entire world changed.

"The Brisbane Broncos were the new kids on the rugby league block and suddenly the Sunshine State had a team in the national competition. After a very serious discussion, Dad decided it would be OK if I followed the mighty Broncos.

"My obsession with rugby league was rampant from that moment on.

"My first Bronco devotion was for Paul Hauff. He was so tall and athletic and I’d try to replicate his giant strides and lofty sidesteps in the playground at big lunch.

"I’d also marvel at the cleverness of Alfie and later the sheer hulking presence of Petero Civoniceva.

"But nothing amplified my love of rugby league like State of Origin. It’s where I watched Wally Lewis redefine how the game was played. He was breathtaking with the ball in hand and ferocious in the Origin conflict.

"We didn’t know it at the time, but we were lucky enough to watch Wally’s last ever game for Queensland in the 1991 decider. I distinctly remember doing the collective bow in the crowd with our arms outstretched as the Emperor of Lang Park did a lap of honour.

"It would be 22 years later I got the opportunity to work with Wally at Channel Nine.

"On my first day he made me a cup of tea and helped welcome me to the sports department. Wally Lewis was and always will be a hero of mine.

"Gorden Tallis was the man most feared and adored depending what side of the Tweed you come from. I loved his fearsomely short fuse and wild passion for Queensland.

"Gordy took me on a tour of his and my hometown of Townsville and I understood the honour and importance of how he represents his family and heritage.

"I’ve been lucky enough to work with Immortals, champions and premiership winners but more importantly they are gentlemen who were leaders in league and in life.

"They have always been welcoming and respectful. I’m forever grateful to have a place beside them, watching the greatest game of all."

"My love of rugby league came much later than most.

"I don't have many of the memories that others do of growing up and watching the game. Mum and Dad are from Melbourne so we're big into the AFL. We also spent much of our childhood living in Indonesia, where badminton was bigger than almost any other sport.

"Our family was passionately into all sports and we'd watch a lot of everything.

"But it wasn't until I was around 20 years old that I was really exposed to rugby league regularly, and immediately fell in love with the game.

"I don't see this as a negative, or as me being any less deserving to be part of our game than someone, who was born into a family of league nuts.

"My journey is just different!

"I started covering the local Canberra competition for a community TV station... writing scripts and stories and doing scores and ladders and player profiles was all part of the job.

"From there I turned GREEN – well and truly. The Raiders became almost religion to me.

"Alan Tongue is probably the player that stood out from the start.

"He was always absolutely lovely to interview, was a strong leader but never cocky, and seemed to work harder than anyone else.

"He was dedicated to community causes and would use his profile constantly to make the lives of everyday people in Canberra better, which was something that really rubbed off on me.

"He was a great player – but is a better bloke.

"I covered Raiders training sessions for years as a young reporter at WIN-TV and on local radio  and without fail, the last two people on the field at every session would be Tongue and his bestie, Josh Miller (the ORIGINAL bromance!)

"I loved the passion with which they played; that 'never say die' attitude. They were the underdog battlers who never gave up. That inspired me a lot.

"There are so many men in the game of rugby league that I have looked up to and who have given me the time of day. I wouldn't be where I am today without the support of plenty of coaches, administrators, broadcasters, executives, and fans.

"Strong men support women, and our game is no different.

"I am so proud of the growth of our game when it comes to women. Hosting this year's Women's State of Origin in front of a packed crowd at North Sydney Oval and record TV audience is absolutely a career highlight.

"I can't wait to see it continue to grow."

"I was a 12-year-old girl in Brisbane who lived in Coorparoo a couple of kilometres away from Langlands Park – home of the mighty Easts Tigers.

"Mum or Dad would drop me down to the ground with my can of soft drink, a sandwich, my admission money, and my milk crate.

"I'd put my half-time snacks under the crate and stand on top so I could see over the adult heads and cheer on John Lang, the Morris brothers, Des and Rod, plus all Tigers players. I loved home games.

"When the Tigers lost the 1971 grand final to the Fortitude Valley Diehards, I was inconsolable. It wouldn't be the first time rugby league reduced me to tears. Twelve months later when we beat the Diehards with a Jeff Fyfe field goal (16-15) – Easts’ first premiership since 1950 – and the tears flowed again – happily this time.

"I craved more league and while Easts were my Brisbane team, I needed a Sydney team.

"Back in those days the ABC-TV had 'Match of the Day' on Sunday nights and I started to watch this team who had incredible speed and flat-line attack… the ball moving so crisply along the back line.

"It was about 1974 and Rick Bourke and Steve Rogers were a joy to watch. But it wasn't until 1994 when Nathan Long came on the scene, where I found that hard-working, no-fear forward like my John Lang, who had long since retired.

"So two different teams, two different players, but so much joy. Now that I get to work in rugby league I can sit back admire the work ethic and skills of each generation of players.

"But I'm still a sucker for a back-rower or a hooker." 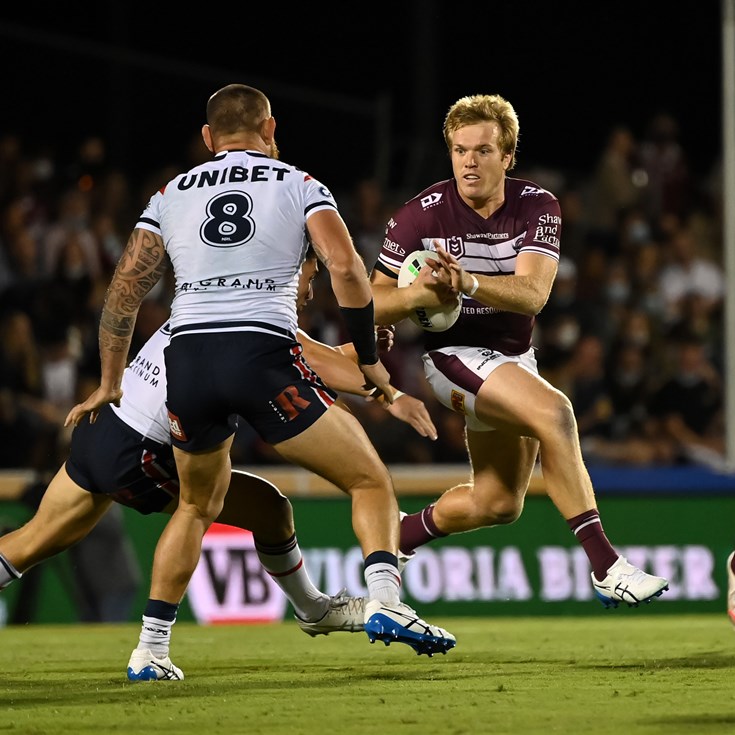