Australia, Queensland and North Queensland great Matt Scott is recovering in hospital after suffering a mild stroke on Sunday.

The Cowboys issued a statement on Tuesday saying doctors were confident the medical episode suffered by the 268-game veteran was unrelated to football.

Scott is in hospital in Brisbane with doctors initially saying they expect him to make a full recovery.

"It's upsetting news, to be honest, and I think everyone's just processing it at the moment," coach Paul Green said.

"That’s not what we expected. We knew he was pretty crook coming off the flight, but for it to be what it is, it is quite surprising. I think everyone's a little bit taken aback by what's actually happened.

"It started Sunday morning. And then by the time we arrived in Brisbane, he was pretty crook. So we decided to send him to hospital on our stopover from Brisbane.

"I think like all of your players, you build a pretty special relationship with them along the way. It's similar in some ways, I suppose, to a family - sometimes it's good, sometimes it's uncomfortable, but in the end it's always a strong relationship considering what you go through together."

The news of Scott’s condition sent shock waves through the club on Tuesday and was still being processed.

"All of your players, you build a pretty special relationship with them," Green said.

"It's similar in some ways to a family. Sometimes it's good, sometimes it's uncomfortable, but in the end it's always a strong relationship considering what you go through together.

"There's some people here that have been with him for a lot longer than I have, so I'm sure they're probably feeling it just as bad, if not worse.

"It's pretty tough, but probably tougher for Matt and his family as well. We need to make sure we're supporting them."

Scott, who previously announced he would retire at the end of the 2019 season, played 22 matches for both Queensland and Australia.

Green hopes Scott’s absence will be a motivating factor for the players for the remainder of the season starting Friday night.

"You can look at the legacy he's [Scott] left and use that as a bit of motivation to finish on a positive," he said.

"If you look at what Matt is all about, and you only have to go back to the weekend's game.

"He was given the option to not go back out for his second stint [against the Knights] but that was never an option for him. He was almost offended by suggesting it. So, I think players need to take a bit of that attitude with them." 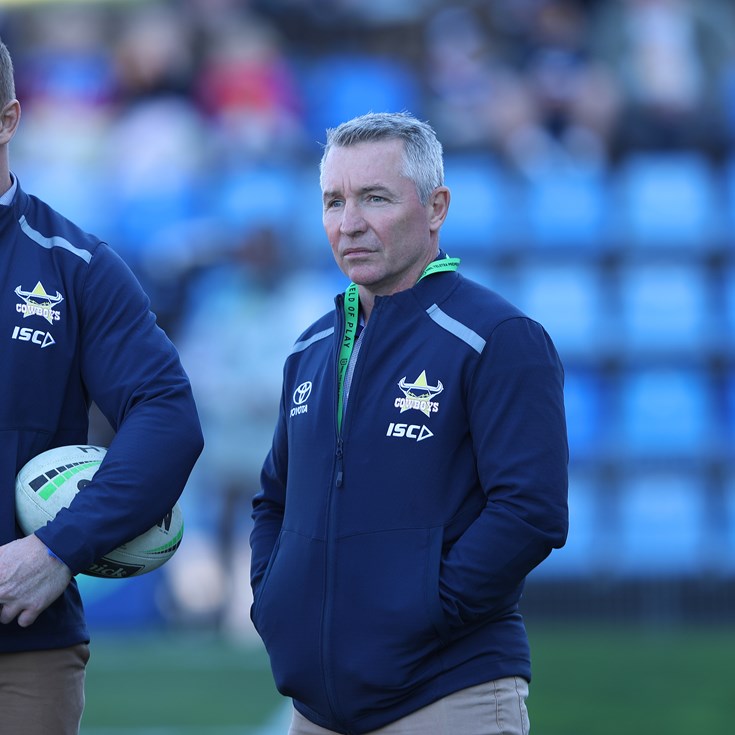 'Good headache to have': Green undecided on halves combo