Broncos veteran Alex Glenn says he is relishing the "Benjamin Button" effect in his late career transition from a second-rower to centre as he remains confident he can secure a new deal at Red Hill beyond 2019.

The 31-year-old, who returned from a two-week knee injury against Souths last week, will mark powerful Eel Waqa Blake on Friday night after playing four of his last six games in the backs.

"I tell you what, my shoulders are enjoying it. I am making a lot less tackles. I think I only made three last week. I am getting out of bed thinking I am younger,” Glenn said of his new role.

"I enjoy the challenge that has been put in front of me. When I first came here I was in the outside backs but when you get a bit older you tend to move towards the front, but I have been going the other way around so I am a bit of a Benjamin Button at the moment."

Anthony Seibold said on Thursday the club had offered the 256-gamer a two-year deal and Glenn said he was expecting to be at Brisbane next year.

Glenn indicated he was yet to see the final terms of the deal the Broncos have offered his management. He said recent months had been a difficult time for his family due to the uncertainty about his immediate future.

"They have said they wanted me for two years but my manager has to come to an agreement with the club, on the years and the salary as well. I have a family to feed and put a roof over so when the contracts come in front we will make our decision from there," Glenn said.

"Mentally it does take a lot out of you and I am just lucky that I have been around the game a long time and I can deal with that sort of stuff, but my other half... she is stressing out because she doesn’t know where we are going.

"The past two or three weeks my manager has been working hard with the club and it is looking promising but at the end of the day we have to wait until the contract is put on the table first and we will make a decision, but I am confident I will be here next year."

With Matt Gillett and David Fifita back together in the back row, Glenn’s versatility has come to the fore.

"In my debut years I was that utility role on the bench. I was playing hooker some games and wing," he said.

Glenn wants to be on deck for a premiership he believes is just around the corner for Brisbane.

"If you look at our squad and the way we were playing at the start of the year to now, we are a lot more persistent. That is a hard thing with a young squad. You have to build consistency and that is what we struggled with at the start,” Glenn said.

"Our game against the Cowboys in round two we were outstanding and it was a bit of a rollercoaster from there, but the last two months we have been building, getting consistency and back-to-back wins.

"The future is looking very promising for our club with these boys learning very quick.

"I think [a premiership] is very close if we can keep all our boys that we’ve had this year.

"That has been my mindset my whole career, to try and build this team and get that premiership.

"We came close in 2015  and I do believe we can get there soon, if not this year. That is going to be on my mind when I think of contracts.

"A premiership ring is going to look good on my hand and feel good for myself but I have to put a roof over my family’s head and that is all that matters to me at the moment." 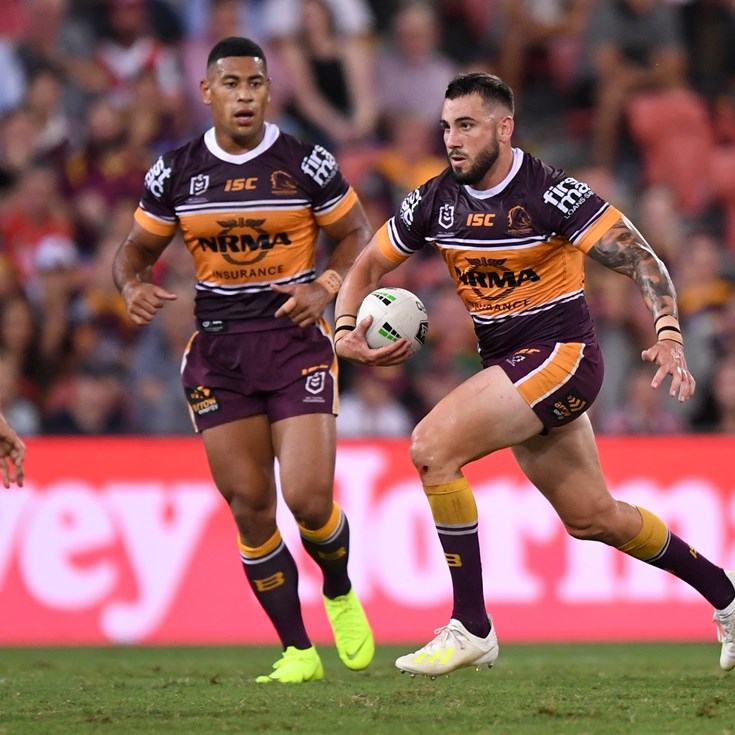