It’s not what Latrell Mitchell said but how he said it that signified to Preston Campbell that the NRL All Stars game has left a meaningful legacy.

The concept will return to where it was birthed 10 years ago when the Indigenous All Stars play the NZ Maori All Stars in both men's and women's fixtures at Cbus Super Stadium on the Gold Coast on February 22, 2020.

Campbell and former Titans managing director Michael Searle were the driving forces behind an idea stemming from the 2008 'Dreamtime game' between Indigenous and Maori players and its social impact in the decade since has been significant.

Racism remains a societal issue that the NRL is active in addressing through its Reconciliation Action Plan but it is the players who can cut through to the core.

Mitchell was subjected to hateful abuse on social media two weeks ago but rather than calling for a lifetime ban, the 22-year-old Roosters star instead called for greater education about the impact such comments have on the Indigenous community.

It is a platform from which Campbell has tried to work since the inception of the All Stars game in 2010 and one he hopes can continue in an inclusiveness rugby league environment.

"The thing that I'm most happy with is they are speaking out about racism appropriately," Campbell said.

"Obviously they are frustrated and they are angry but they're not coming out and attacking people.

"The game needs to be about inclusion and when part of that rugby league family gets attacked, they should be there to support them, which they have been.

"Adam Goodes felt like he wasn't being supported by the game that he loved.

"People just looked at Latrell Mitchell as a player. It wasn't the colour of his skin. They looked at him as a person who was a part of the rugby league family, and that's really what it should be about.

"There are no political agendas involved, it's just about protecting the people that are involved in the game.

"And the best way to protect people is to educate them.

A representative of the Indigenous Women’s team since 2015, Amber Pilley was 12 and watching at home on the Gold Coast when the inaugural All Stars match was played in 2010.

“My family all think you can see the game better on TV,” she explained for not being there in person.

Not only has the All Stars game provided a direct pathway for Indigenous women into the state and national representative sides in recent years but continues to influence the next generation.

"It's so empowering. I know when I watched it in 2010 it made me want to learn more about who I am and do some more research about where my mob's from," Pilley said.

"It does help with that sense of cultural identity.

“For those girls to see us dance and play and being empowered by our culture, it's so important.

"I nearly tear up when we do the war cry because I feel so empowered by the people who came before us and have given us the chance to do what we're doing now.

"To be given this opportunity, we've got to make the most of it for the girls who are coming through because we're now paving the way for them.”

A member of the Maori side that plated in the ‘Dreamtime game’ in 2008, Titans forward Kevin Proctor said the change in format last year allowed he and other members of the Maori team to also reconnect with their culture.

“They gave us a couple of dances and songs and it was just an awesome week so I'm glad it's back again next year.

"I came out to Australia when I was 12 so I kind of lost that connection with my culture. It was a chance for us to get back and learn a little bit more about our culture represent the Maori people.” 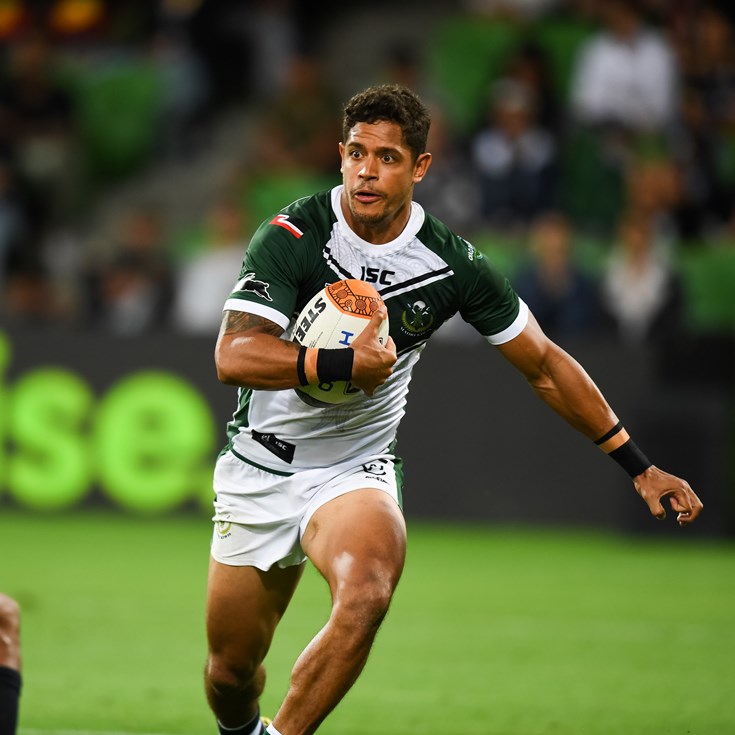 All Stars voting has Latrell in line for No.1 jersey

Preston Campbell: Pride can take All Stars to next level