No topic will be off limits when Craig Bellamy catches up with Ricky Stuart for a coffee before Saturday's qualifying final in Melbourne but don't expect the coaches to get nasty with each other.

There was plenty of drama when Melbourne last faced Canberra with claims of dirty tactics centering on Cameron Smith and the Raiders have had their own unwanted publicity this week with rookie forward Hudson Young banned eight matches for eye gouging.

However, Bellamy said it would be business as usual for his team, preparing as if if was a regular-season contest. And he will also still catch up with Stuart for coffee before the two veteran coaches go head-to-head at AAMI Park.

Bellamy doesn’t think the actual match will be discussed all that much when he meets up with his former teammate and long-time friend.

"We haven’t got any set rules or contracts signed that show you can’t say that,” Bellamy said on Wednesday.

"We are just two old footy players, we talk about old times, old games, a little bit about family ... not too much about the game."

Whether the two friends discuss the decision by the NRL judiciary to suspend Young on Tuesday night remains to be seen, although the Storm coach didn't want to be drawn into the discussion when asked for his view.

"That’s not my decision and I have got no control over it,” Bellamy said.

"No one wants eye gouging in the game, but that’s not my decision.

"Everyone has got their opinion on what was fair and what was not fair, but I haven’t really given it any energy at all, because it is none of my business.

"I am coaching the Melbourne Storm, so that is my job and I don’t want to be distracted."

The Raiders are one of just four teams to have beaten the Storm this season, when Stuart's side overturned an 18-point deficit to run out 22-18 winners over the minor premiers last month.

Bellamy believes much has changed since that round-22 clash and is confident his charges will be able to reverse the result this time around.

"We are probably more concerned about what they have done in the last three weeks."

Bellamy said Cameron Munster needed to get through two training sessions later in the week to prove he has fully recovered from the shoulder problem he picked up against the Sea Eagles a fortnight ago, but he remains confident the star five-eighth would be ready to go. 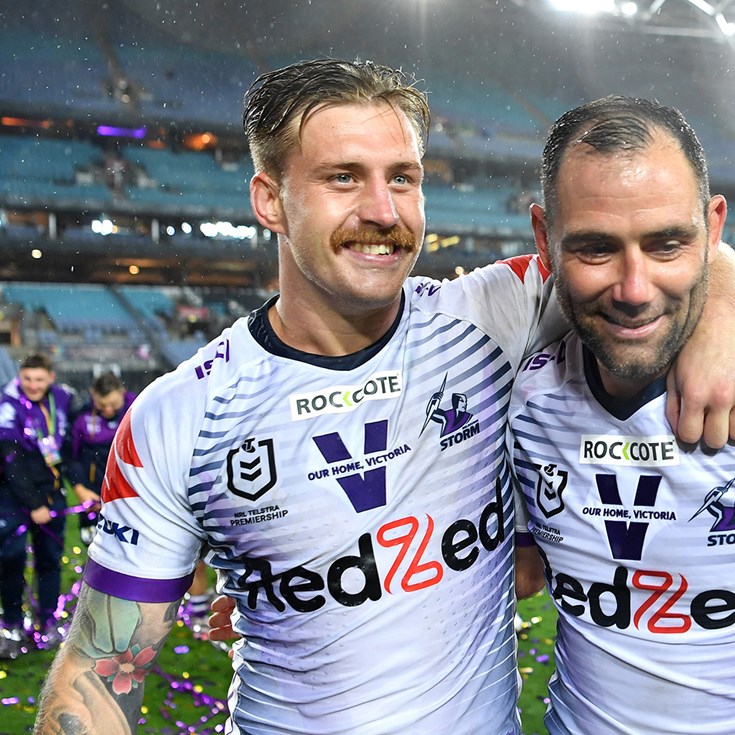 Smith admits 2021 could be his Storm swansong