NRL.com experts Brett Kimmorley and Steve Renouf have donned their coaching caps and provided a rundown of what it will take to win, who the key players are and their all-important final instructions.

Renouf has put himself in Craig Bellamy's shoes for Friday night's duel, while Kimmorley has the clipboard for the Eels.

We have to play our game, our style and not get caught up playing the way Parramatta want to play. We want to dominate the middle before we go to our edges and tire out their forwards. Munster and Smith will obviously play key roles and we need to give some space to our speedsters like Addo-Carr and Papenhuyzen.

The plan for us is to keep those long passes going like we did last weekend. We played with wonderful width between my nine, seven and six, and we really moved the Broncos' defensive line around. We don't want to get in the arm wrestle with Melbourne. We want to play upbeat football and move the ball from edge to edge because that's where I think we might be able to expose the Storm and wear them out by having to continuously fill positions defensively.

Parramatta will try to do to us what they did to Brisbane so our boys have to make sure we keep tight in the middle and watch our edges, and we have to be wary of that switch of play because they play both sides really well. We want to get up in their face and cut their time down, and we can't let Junior Paulo run amok like he did last week.

We need to be really good on their back five because Vunivalu and Addo-Carr start sets off so well for them. If they get a roll going forward then you have to defend Jesse Bromwich and Asofa-Solomona going backwards, which is quite a tough ask. Our kick-chase is a key and our first few tackles of each set are really important, and we have to be really focused with our discipline. We can't be lazy in defence and get caught offside because Melbourne will make us pay for it.

Cameron Smith. He's done it all before in the biggest games and once again a lot depends on him. He knows he has that responsibility on his shoulders and doesn't hide from it. Sometimes he looks like he's coaching and playing, so he's going to have to go out there and "coach" the team on the field and lead on both fronts.

Mitchell Moses. Can he stay composed in the biggest game of his career? His player involvement, his ability to stay in the game, his consistency with passing and kick selections – all those things have been first class in 2019. But no team puts you under more pressure than Melbourne with their pressure defensively and ability to take time away from you, so this week is his greatest challenge.

Eels anticipate a 'dogfight' with the Storm

Mitch Moses. He was on fire last week and really did the job for them. He followed up the work Paulo did in the middle and dominated in his own right. He's in very good form and playing confidently so we certainly need to shut him down.

Cameron Munster. If we allow him to play a bit of football and he gets into a running mood, he'll come up with some threats and options through his kicking and passing and he becomes very hard to contain. It's generally Cameron Munster or Cameron Smith who are the two keys in attack. Not much football comes on the right edge for the Storm – the left edge attack is their go-to edge and Smith and Munster is where that ball goes.

We need to tie up the middle and play to our strengths. We have ways of doing things and it's a matter of sticking to it. We can't let Parramatta get into their groove like they did last week. If we win the wrestle we'll win the game.

If we can back ourselves and play football we're a great chance. If we go to Melbourne and get nervous and just do hit-ups and try to force off-loads without creating momentum, we won't beat them at their style. We have to play with lots of energy and support, and lots of shape in attack. If we can do that our energy levels will stay high for 80 minutes.

Let's not get caught out like we did last week. Let's keep it simple and play our game, and do what we train for all week. Make sure we stick to that and not let ourselves play any different.

Don't let Melbourne bully you around. Get in their face, play a physical brand of football and have great discipline. Play with a lot of energy, confidence and belief in yourselves. 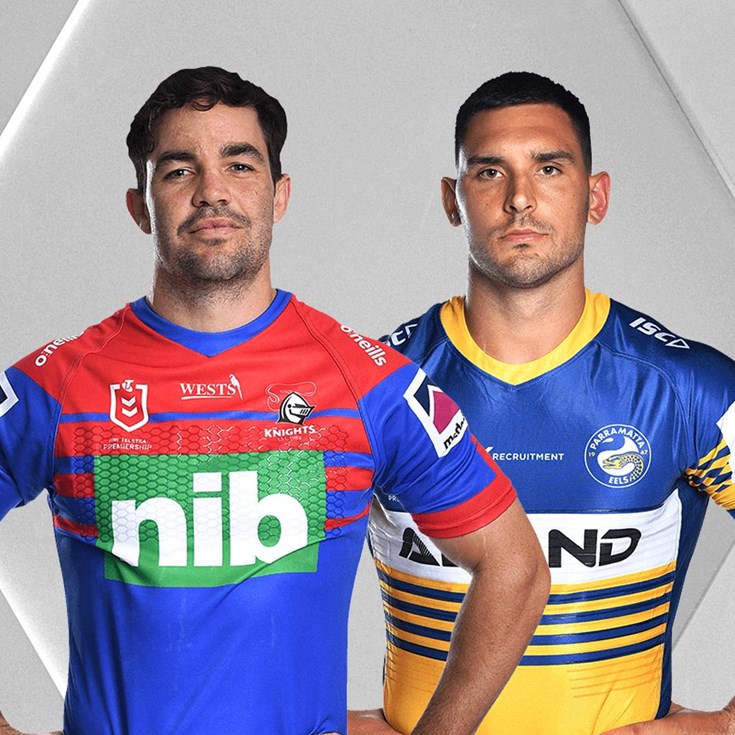