A team with eight current or former internationals in its ranks crashes out in week one of the NRL finals. Where to for the Cronulla Sharks in 2020?

"It's devastating, to be honest. I thought we definitely had the team to be able to win [against Manly] and go on a bit of a run," halfback Chad Townsend told NRL.com.

"It's really disappointing when you don't meet expectations and standards as a team.

"I didn't see it coming to be honest. I'm still hurting now. It doesn’t feel real."

But it is, and so is the Sharks' restrictive salary cap.

These were the indiscretions uncovered by former Sharks boss Barry Russell, who self-reported them thereby attracting some leniency from NRL headquarters, despite the lengthy time period.

CEO Todd Greenberg said the breaches "did not affect the club's premiership-winning year in 2016".

So at least one high-profile player, or a couple of medium-range players, will need to be moved.

New head coach John Morris walked right into the salary cap dramas in 2019, after Cronulla parted ways with Shane Flanagan. He again has to deal with it heading into 2020.

Townsend said the players had a huge amount of respect for Morris.

"He's the one who got us through some tough circumstances. We faced a lot of adversity throughout the season," he said.

"He walked into a headache in terms of the salary cap and how he's handled that but at the same time kept us really focused on playing.

Along with the roster dramas, Morris had to try and piece together the week-to-week playing personnel.

"I know a lot of clubs had injuries this year, like Manly, but for us it was our five  top players – Shaun Johnson (missed seven games), Matt Moylan (14), Aaron Woods (10), Wade Graham (15), Andrew Fifita (five) – and that had a real impact," Morris told NRL.com.

"We lost seven games by six points or less. We lost four or five games where we scored more tries than the opposition but still got beaten.

"If you take goal-kicking out of it we finished third on the ladder," Morris said.

"So we were pretty good but had some ordinary luck with injuries. But you've got to deal with the cards you're dealt. Still, I've not seen that kind of injury run before."

So now the good news.

Three of the most exciting prospects for the Sharks – Briton Nikora, Blayke Brailey and Bronson Xerri – were among the six players who made their NRL debuts in 2019.

"We have a great mix of youth and experience. Obviously we lose Gal [retiring] but we've got our new skipper in Wade [Graham] who moves straight into that role," Townsend said.

From baby Shark to Gal pal

"We've got a spine that is pretty much locked in. We lose Jayden but Blayke has played a lot of footy with us this year and hasn't missed a beat.

"Gal in some respects is irreplaceable but we've got some young forwards who were outstanding for us this year like Jack Williams and Braden Hamlin-Uele.

"I'm excited about these guys can bring next year. They are not rookies any more. They need to learn that and step up," Townsend said.

Morris realises the value of blooding new talent in the bank for next year.

"This year the injury toll certainly affected us on the competition ladder but it allowed us to debut six rookies – the club has never debuted that number before," Morris said of Will Kennedy, Nikora, Brailey, Xerri, Ronaldo Mulitalo and Billy Magoulis – who he said is likely to take over Gallen's No.13 jersey.

"So it actually turned out to be a highlight of the year – bringing on these guys.

"They came into a team where we were losing games, which is tough. Normally you come in and win a few games and feel what it's like to win.

"But they learned how to get out of a losing streak and that's invaluable. They kept believing and kept training hard and they'll be much more hardened for that."

Townsend is already in their ears.

"In terms of where we go now, we have a break obviously, but I want our players to be disappointed because we should be," he said.

"We need to learn from it. Those six new players this season, we haven't debuted that many in the past three years.

"We need these players not to just be happy to play first grade, but to be actually growing and meaning something to the club moving forward." 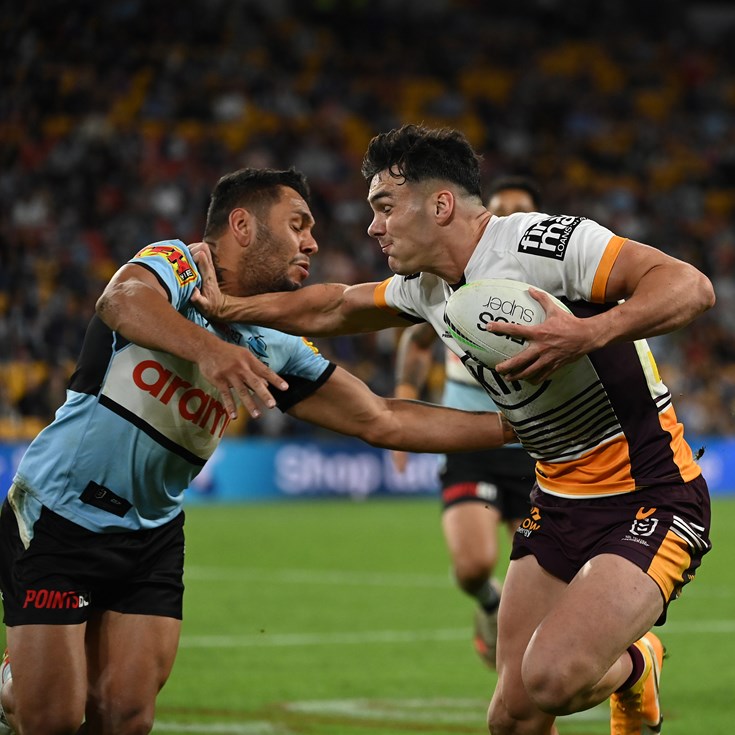 Most misses but defence not bad: Sharks tackle big issues as finals loom