The Warriors overcame the absence of coach Luisa Avaiki and superstar recruit Honey Hireme due to personal tragedies to keep alive their grand final hopes by inflicting Brisbane’s first NRLW defeat at the SCG on Saturday.

Avaiki did not travel with the team after the death of her father Motu in Auckland on Tuesday, while Hireme is yet to play a game for the Warriors as she cared for her mother Caryn, who lost her battle with cancer on Wednesday.

Despite the disrupted preparation, the Warriors became the first team to beat the Broncos since the introduction of the Holden Women’s Premiership last year and must now sweat on the result of Sunday’s stand-alone Dragons-Roosters clash at Leichhardt Oval.

With a crowd of 6,208 turning up for the 5pm kick-off, the Warriors triumphed 10-8 with the goalkicking of fullback Api Nicholls proving the difference after both teams scored two tries apiece.

If St George Illawarra win, the Dragons will play the Broncos in next Sunday’s grand final at ANZ Stadium but victory by the Roosters means the Warriors will take on Brisbane in the decider.

Leading 10-0 at halftime, the Warriors had already created history after winger Madison Bartlett became the first NRWL player to score a try on the SCG but they had their sights set on a more significant mark by inflicting Brisbane’s inaugural loss in the competition.

Bartlett, who has had 16 shoulder dislocations and did not play last year after undergoing a double reconstruction, scored in just the fifth minute after five-eighth and captain Georgia Hale swept across the ruck and linked with centre Atawhai Tupaea to create an overlap.

The 24-year-old winger then turned hero in defence when she intercepted a pass from Kiwi Ferns team-mate Raecene McGregor near the Warriors line after fullback Apii Nicholls spilled an Ali Brigginshaw bomb in front of her own posts.

Broncos fullback Chelsea Baker also had trouble handling a long kick by Hale and touched it before it went over the sideline, as the Warriors ramped up the pressure.

Halfback Charntay Poko forced a repeat set with a grubber into the Broncos in-goal and a high shot by Brigginshaw on Nicholls gave the Warriors great field position but they failed to capitalise after Hale was disallowed a try for an obstruction by prop Annetta Nuuausala.

However, Nuuausala made amends in the 26th minute when she charged through four defenders to score next to the posts and give Nicholls the easiest of conversions.

After completing just 66 per cent of their first-half sets, the Broncos came out after the interval determined to fight their way back into the game and winger Tamika Upton scored in just the 42nd minute.

Nuuausala bursts through the middle

Upton’s try was created by Brigginshaw, who held up a pass for centre Amy Turner after a decoy run by second-rower Annette Brander and the rookie winger crossed untouched for her first NRLW try.

Brigginshaw then instigated a try for Turner after opting to pass short to Brander, who burst through the defence before putting the Olympic Sevens gold medallist over near the posts.

Baker’s conversion attempt hit the uprights and the Warriors hung on to record a historic 10-8 win, while ending any chance of the Roosters making the grand final. 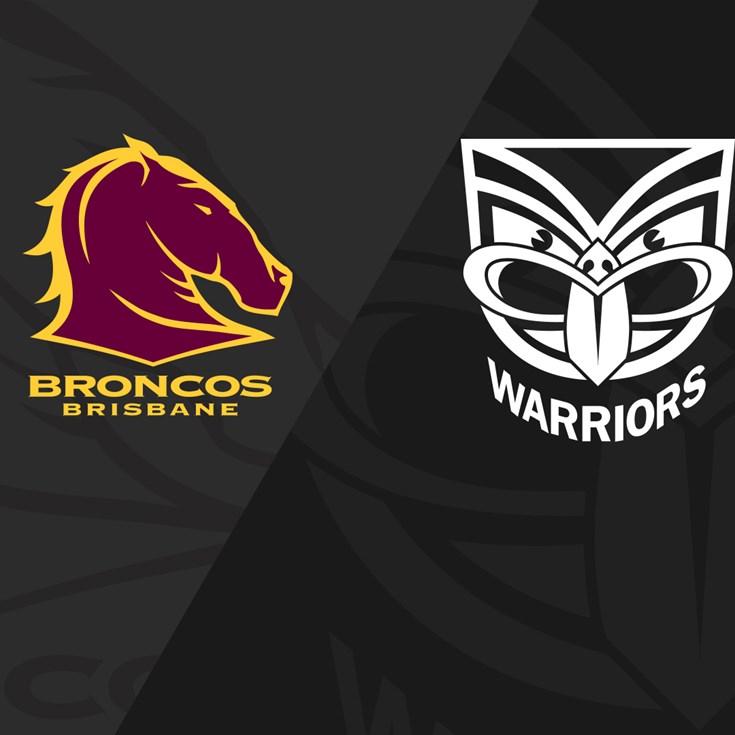